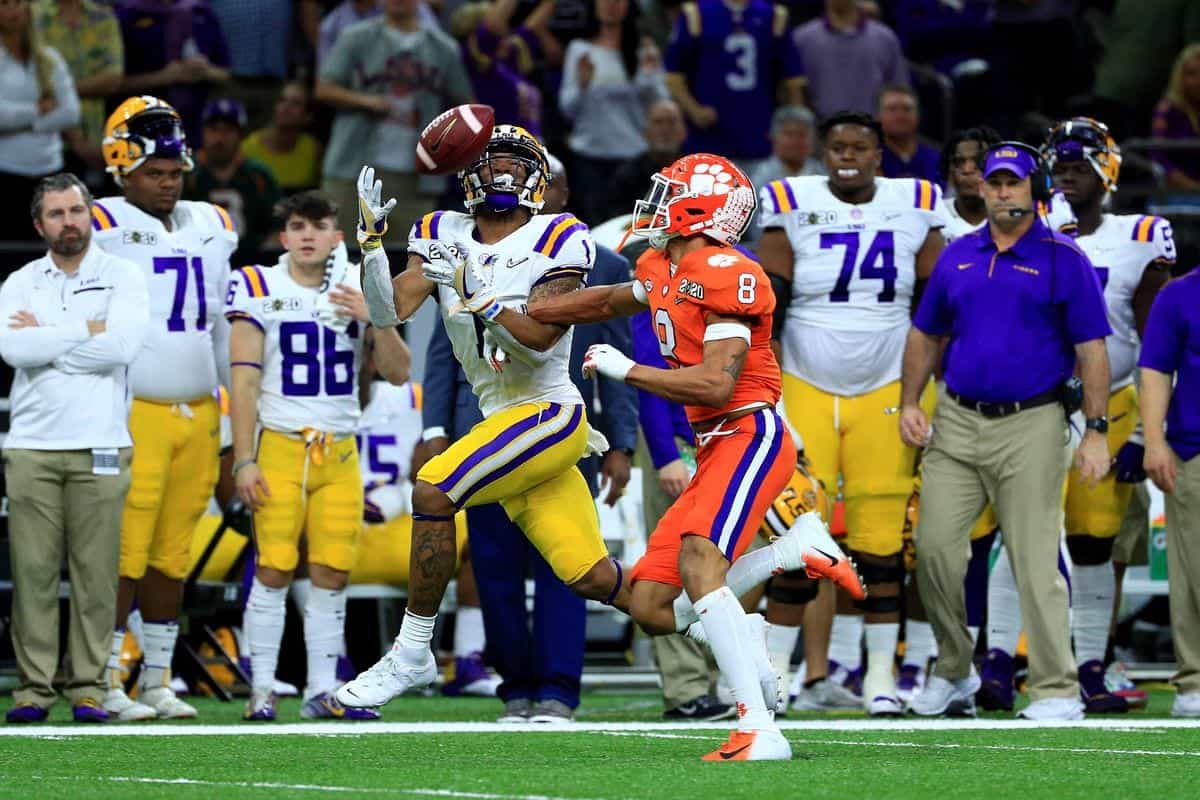 The SEC is widely considered the top college football conference in the country. They’re consistently the most well-represented conference in the College Football Playoffs, and they have had a representative in the national title game in each of the last five seasons. The SEC is also consistently viewed as the top conference at producing elite NFL Draft prospects. Next year will be no different, as some of the top prospects in the entire class will be hailing from the SEC. Here are my top-10 SEC prospects to keep an eye on for the 2021 NFL Draft.

Disclaimer: These are my personal rankings, and how I view the prospects currently in the 2021 NFL Draft Class

Marco Wilson may be a bit of a surprise here, but I’m very high on the Florida defensive back. He has the ability to play both in the slot and on the boundary. He’s also a very willing tackler, making him a great piece for any NFL secondary. Wilson will likely be playing the season in the slot for Florida, so his full skill-set will be on full display. If Wilson can prove to be both strong in coverage and a force against the run, he’ll be a highly sought after prospect.

Alex Leatherwood was once viewed as the consensus OT3 in the 2020 NFL Draft. However, his teammate Jedrick Wills comfortably outplayed him in the 2019 season, and Wills is now a candidate to be the first offensive lineman selected in 2020. Leatherwood made the decision to return to school and will attempt to refine his skill-set with another year in college — a decision I believe to be a strong one. Leatherwood has the requisite size and athletic ability to be a Pro Bowl-level offensive tackle, but he’s still raw. If Leatherwood can refine his skill-set, specifically his consistency, he should be a first-round selection in the 2021 NFL Draft.

If Trey Smith had declared for the upcoming NFL Draft, he would have been my iOL1. His power at the point of attack is rare, and he’s already a polished pass protector. Smith made the decision to return to school, and complete his eligibility. The biggest thing Smith can do to improve his draft stock is simply stay healthy. Smith had a major health scare when it was revealed that he was being treated for blood clots in his lungs. There was a suspicion that Smith could be done playing football forever. If he can go the entire year without another scare, it could provide relief for NFL teams that are still uneasy about his long-term health.

Nick Bolton is one of my favorite prospects in next year’s class, and he may fly under the radar for a while. Next year’s linebacker class is loaded with talent like Penn State’s Micah Parsons and Alabama’s Dylan Moses. Bolton deserves to be in the same conversation with those two. He’s smaller, but an elite athlete and the best of the trio in pass coverage. Despite being only 6’0″, 235, Bolton still managed 103 total tackles last year, 9.5 of which were for losses. If Bolton can improve his ability to get off blocks, those numbers could see an increase. Bolton is the perfect prospect for a team picking in the 16-25 range, in need of a MIKE linebacker.

Now we get into the skill positions. The SEC has multiple candidates for 2021’s WR1, as well as the current favorite for 2021’s TE1. The first to appear on the list is Alabama’s Devonta Smith. Smith led all Alabama receivers in yards and touchdowns, despite sharing the field with three other high-quality receivers, all of which look to be likely first-round picks. Smith has iron hands and is a well-developed route runner. However, I do have some questions about his upside, and I wonder if his statistics will see a drop without Tua, Jeudy, and Ruggs.

The favorite to be TE1 in 2021, Kyle Pitts is an elite athlete who creates separation at an elite level and is a dominant YAC receiver. He blurs the line between tight end and receiver and is best suited to line up as a big slot in the NFL. The Gators graduated four of their best offensive weapons, so Pitts will come in as the undisputed top target. Pitts has a legit chance to break the 1,000-yard mark and be one of the top weapons in the SEC.

Son of a former NFL player, Patrick Surtain II has the physical gifts to be a good NFL cornerback. However, his mental abilities are what separates him as an elite cornerback prospect. Playing meaningful snaps and making impact plays as a true freshman is not commonly done at the University of Alabama. His development at this point is off the charts, as he’s well refined and is already comfortable playing in multiple types of coverages. He also possesses strong ball skills.

Jaylen Waddle is one of the most electric and athletic players in all of college football. He’s an elite return man and electric with the ball in his hands. Waddle has been buried on the stacked Alabama depth chart, but this season, he’s finally ready to break out. In a time where Waddle can be a true top option, we may see elite production in 2020. Waddle will be chasing other pass catchers as 2021 WR1, but his athletic ability and strength as a playmaker separate him from other receivers.

Big, fast, smart, and hungry. Dylan Moses has all the makings of a top-ten selection, but a knee injury suffered before the season kept him off the field for the entirety of 2019. If Moses can bounce back and play at a level similar to that of 2018, he will be a first-round pick. If he can stay healthy and prove the injury won’t derail his career, Moses would be my pick to win SEC Defensive Player of the Year.

The consensus favorite for WR1, Ja’Marr Chase was the best receiver in the country last season. He won the Biletnikoff Award and led the nation in receiving yards and touchdowns. He’s an alpha with the ball in the air who possesses strong size and excellent athletic ability. He still has some room to develop as a route runner, and I would like to see him use the middle of the field more often, though that’s on LSU’s play-calling more than him. It’s unlikely Chase matches his production from last season, but if he does, expect his name to be called incredibly early in 2021.