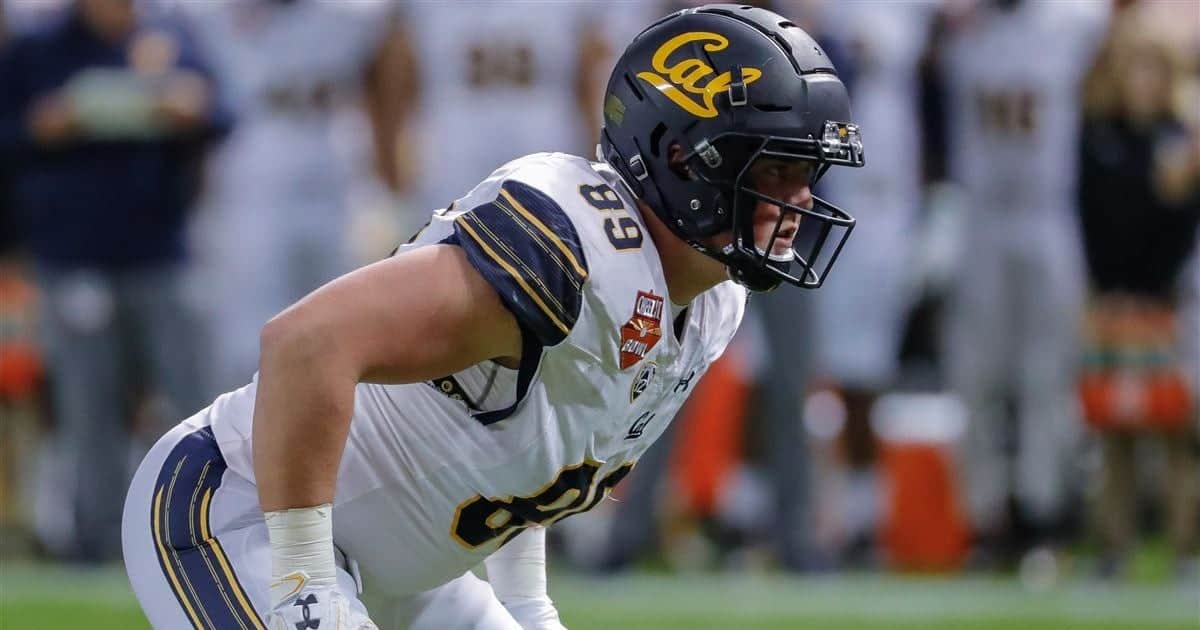 Perhaps the most cherished accolade a four-year college standout could receive is an elusive invitation to the 2020 Reese’s Senior Bowl.

The Senior Bowl, held in Mobile, Alabama, at Ladd Peebles Stadium, is the premier college football All-Star game, comprised of the top NFL prospects. Player personnel representatives from all 32 teams, NFL scouts, media, and fans alike make the pilgrimage to Mobile each year to catch a glimpse of these future NFL stars.

Over the next couple of months, player acceptances will be announced and dreams will be realized. On Tuesday, two California defenders — Evan Weaver and Ashtyn Davis — received their invites to the 2020 Reese’s Senior Bowl on Jan. 19th. Key players on the second and third level of the Cal defense, respectively, the two defenders will now have a unique opportunity to learn under NFL coaches, and prove they are worthy selections in the upcoming 2020 NFL Draft.

A 26-game starter, Weaver has ascended through the ranks over his four-year Bears career, beginning as a reserve defensive end. Then, transitioning to backup linebacker before ultimately evolving into one of the premier inside linebackers in college football.

Among his numerous accolades, the leading tackler in college football is a consensus All-American and a semifinalist for the Chuck Bednarik Award — a prestigious award given to the nation’s top defensive player.

Evan Weaver will likely be among the handful of players with the most to gain from his Senior Bowl experience.

Heralded for his outstanding coverage acumen, Weaver’s physicality at the point of attack will be tested in Mobile. At 235 pounds, he is considered to be vastly undersized for an NFL middle linebacker. While he has clearly demonstrated a nose for the football, as evidenced by his absurd tackling total, something to monitor will be how he uses his hands to evade some of the more athletic offensive linemen. How quickly he can diagnose a play and shoot the gap will be prudent in determining his draft stock.

Weaver has everything teams look for in a starting-caliber middle linebacker: High character, innate intangibles, and consistent production. Expected to be one of the standout performers for the week, his instincts and athleticism are sure to entice NFL brass. Depending on his weight and play strength, teams may be more inclined to shift him outside to weakside linebacker at the next level, where he can roam freely sideline-to-sideline, and wreak havoc off the edge.

A 30-game starter at safety, Ashtyn Davis also played his way into a prominent role on defense, after beginning his Bears career as a core special teams performer. In fact, Davis was the team’s J. Scott Duncan Award recipient — given to the team’s Most Valuable Special Teams Player — in back-to-back seasons, before ultimately carving out a permanent role in the secondary.

After finishing in the top-20 in both interceptions and kickoff return yards in 2018, the veteran safety landed on the Paul Hornung Award watchlist, an honor given to the most versatile player in college football.

Davis is sure to be one of the most versatile players in Mobile, boasting cornerback, safety, and return experience.

After spending his first two seasons at cornerback, Davis demonstrated his innate football IQ and athleticism when he made the seamless transition to safety as a junior. Built more like a cornerback than an NFL safety, Davis has fluid hips, is smooth coming in and out of breaks, and has shown good ball skills. His biggest challenge at the Senior Bowl will be how he holds up against the run and plays around the line of scrimmage. He fits the mold of some of the more lengthy, rangy perimeter players that have become so prevalent at the next level, so I suspect he will garner some looks at cornerback throughout the week as well.

I liken Davis’ skillset to former California Golden Bear Chris Conte, who also came to Cal as a cornerback. Like Conte, Davis also enters the NFL a tad undersized at a rather grueling position. While he’s proven he can adequately play both positions at the collegiate level, he projects as a early-round selection in the 2020 NFL Draft, that should thrive as a special teams standout and depth player at the next level.