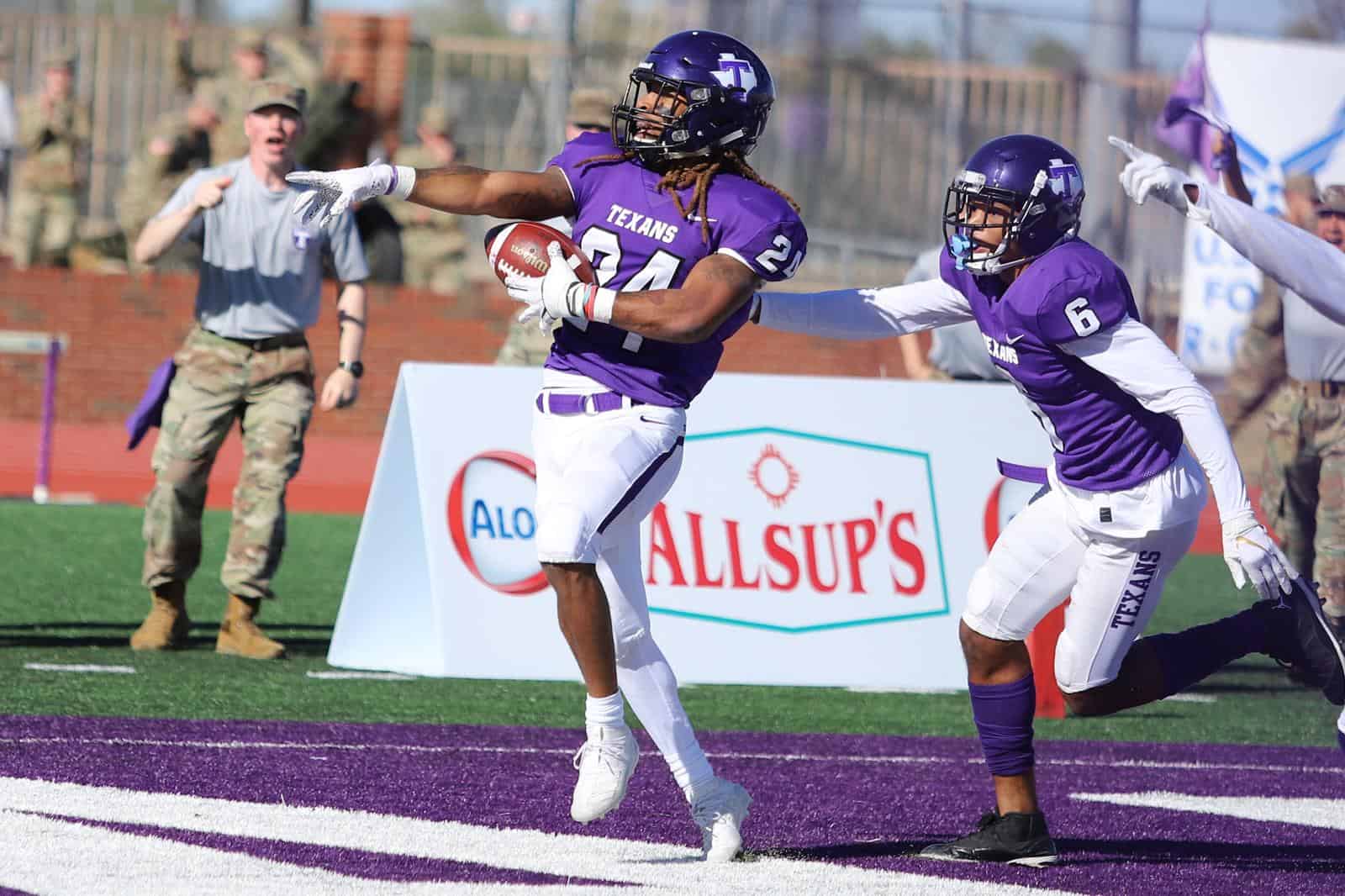 In what has become commonplace around this time of year, elite-level small school prospects gradually become unearthed to the draft community. Though often overlooked by casual observers, these unfamiliar names begin to grace the tail-end of various NFL Draft big boards from draftniks across the country. Many of these players have gone on to become key contributors at the next level; a few are even responsible for some of the most memorable plays in postseason history.

Some prospects are afforded the opportunity to showcase their talents across the wide array of all-star outlets, while others have to resort to pro days and minicamp tryouts to prove themselves worthy of a chance at a spot on an NFL roster. Recently, I had the chance to interview one of these prospects.

This is the story of Tarleton State cornerback Prince Robinson, one of the biggest small school sleepers in the upcoming 2020 NFL Draft.

Back in the day

Growing up in the big city of Houston, Texas, with three brothers, Prince Robinson rarely ran out of things to do. Whether it was little league football, or merely competing with his siblings, Robinson always had to be at the top of his game.

After a rare stretch of idle time on his hands as a freshman and sophomore, Robinson decided to rekindle his initial love for competition and excelled on the gridiron during his final two years at North Forest High School. In addition to being named a team captain, all-state cornerback, and an all-state return specialist, Robinson also shined as a running back and a wide receiver.

“I decided to dedicate the rest of my life to football,” Robinson said. “And see where that takes me.”

Despite being the first person in North Forest High School history to earn a Division I offer (Colorado State), Robinson was ultimately deemed ineligible and decided to attend Trinity Valley Community College in Athens, Texas.

“I wanted to go somewhere that I wasn’t used to,” Robinson explained. “So, I went to Trinity Valley. Being in Athens, Texas, was different for me because it’s country — and that ain’t something I’m used to. I was planning on adjusting to it, and I did — very well.”

Trinity Valley presented its own unique challenges for Robinson. From the living situation to the food, to the chaotic practices — it was nothing like anything he had ever experienced.

“Practice was hectic,” Robinson recalled. “You were always competing with somebody, week in and week out. Classes were tough, everything was tough — especially the living situation because I wasn’t used to that. Every day, I was like ‘Man, I don’t know if football is for me.'”

The ultimate goal of every junior college player across the country is to perform well enough in the classroom and on the gridiron to finish their collegiate career at a four-year school.

While Robinson spent his freshman season at wide receiver, amassing 16 receptions for 226 yards and a touchdown, he experienced a full-time position switch to the defensive side of the ball ahead of his sophomore campaign. The rangy cornerback compiled 47 tackles and four interceptions in his final season in Athens.

Following an encouraging trip to Stephenville, Texas, to visit Tarleton State University, Robinson was all-but-assured that he had found his next landing spot. What sealed the deal, however, was a conversation Robinson had with defensive backs coach Marcus Patton, who taught familiar technique from his previous stop and was open to letting the standout defensive back play to his strengths.

Accustomed to competing for his role seemingly every day at Trinity Valley, Robinson ascended from the bottom of the depth chart in fall camp and started all 13 games in 2018. The 5-foot-10, 190-pound cornerback went on to finish fourth in the Lone Star Conference in tackles (61), second in interceptions (5), and second in pass breakups (15). He also forced and recovered two fumbles, leading the charge for Tarleton’s first Lone Star Conference Championship.

In an award voted on by teammates, Robinson was also named Tarleton’s Special Teams MVP. He returned a 92-yard kickoff return for a touchdown and an 82-yard punt return for a score against Western New Mexico University.

Any plans the ascending defender may have had in the offseason leading into his final season had to be put on hold, however. A regular at Tarleton’s facility, he was attacking his offseason preparation with lofty goals in mind — until a minor setback thwarted those plans.

“In the summer,” Robinson explained, “I was coming every day at like six o’clock. Then, I got my wisdom teeth pulled, and missed out. I felt left behind, but I started to pick things back up.”

Returning to his diligent routine, one in which he was working out 2-3 times a day, Robinson had one goal in mind: Be an All-American.

Robinson is well on his way to achieving his goal in 2019, compiling 43 tackles, four interceptions, 12 pass breakups, and a forced fumble through ten games.

Though his work ethic and practice habits can be attributed to the majority of his success, Robinson is quick to credit Tarleton wide receiver Zimari Manning for pushing him every day.

“He’s the best I’ve seen,” Robinson beamed. “He’s probably the best in college football right now. He’s just different from others; he’s like 6-1 or 6-2, but he can jump, he’s big, he’s strong. Every day is like a game, basically. I gotta get prepared for him.”

When assessing Robinson as an NFL prospect, two aspects of his game immediately stand out: versatility and ball production. In just 23 games at cornerback with Tarleton State, Prince Robinson has intercepted nine passes.

Throughout his two-year stay at the Division II level, Robinson has shown noted eye discipline, fluidity when transitioning in and out of his back pedal, and the innate football intelligence required to play both the boundary and slot positions.

“At the next level,” Robinson said, “I think I’ll be a nickel cornerback. I’ve been getting repetitions at nickel at practice. But I play outside and the nickel here, so I’m prepared for whatever.”

While he offers tantalizing playmaking ability at the next level, Robinson’s raw talents will likely need refining before he can be consistently deployed in an NFL secondary. His quickest path to an NFL roster spot will be on special teams — another area in which he thrived at the collegiate level.

In Saturday’s College Football Week 11 Live Blog with Pro Football Network’s own Tony Pauline, the draft analyst made it a point to single out the Tarleton State cornerback:

I love keeping an eye on sleeper prospects, especially from the small-school ranks.  This week’s version comes courtesy of undefeated Tarleton State, presently ranked #3 in Division II.  Their star defender, cornerback Prince Robinson, is getting a lot of chatter in the scouting community.

In addition to his 43 tackles, this season Robinson has intercepted 4 passes and has 12 PBU’s to his credit.  He’s an explosive corner with decent size, (5-feet-10-inches and 190 pounds) and next-level ball skills. TP

After emerging from the uncharted depths of JUCO football — and garnering national attention out of a Division II program — Tarleton State cornerback Prince Robinson knows a thing or two about defying the odds.