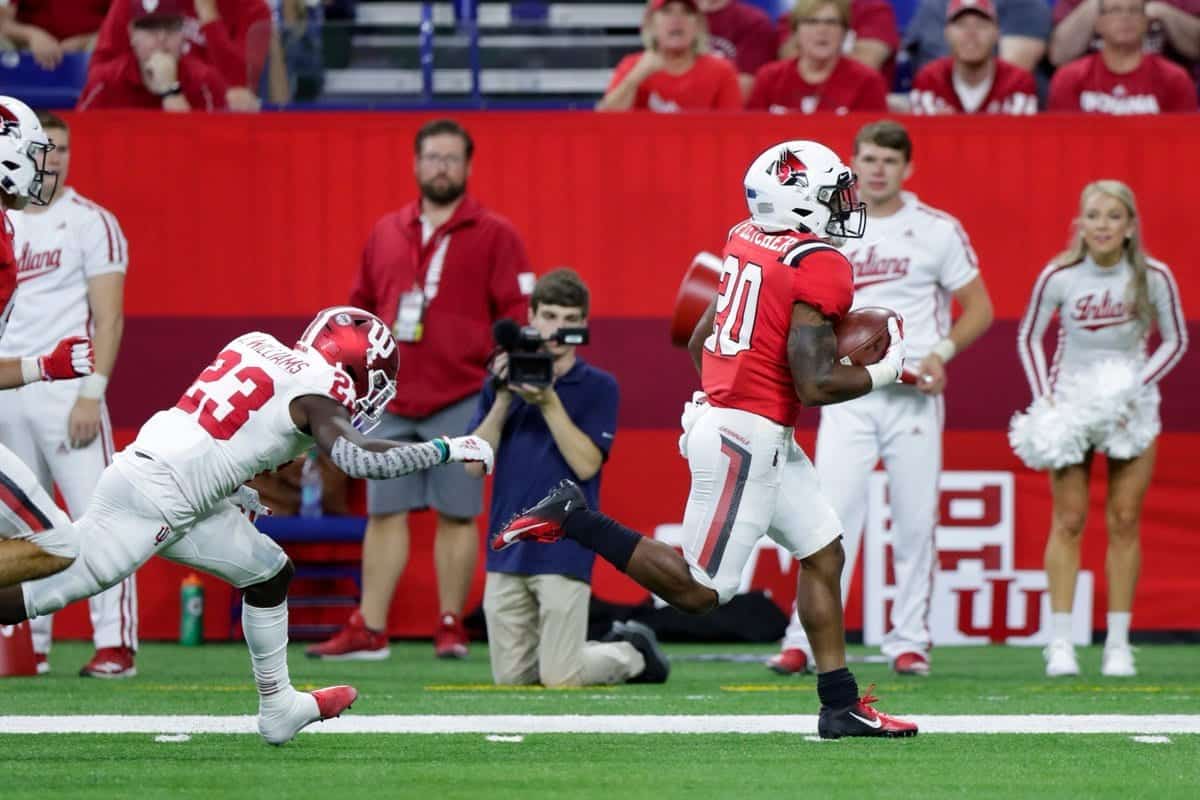 Entering the season, Ball State running back Walter Fletcher was graded as a priority free agent by NFL scouts. After a slow start, the Edinboro transfer is finally kicking it into high gear.  This weekend Fletcher needs another big performance in what is a must-win game for Ball State.

Measuring 5-feet-9.5-inches and 195 pounds, Fletcher is solid in all areas of the running back position, though outstanding in none.  He possesses good vision, run instincts, and solid quickness.  Fletcher does a solid job finding the running lanes, consistently runs north/south and works to pick up as much yardage as possible every time the ball is in his hands.

Fletcher is also a solid pass-catcher out of the backfield, with the ability to adjust to an errant throw and snatch the ball with his hands.  He gives effort as a blocker, recognizing assignments and squaring into defenders to disrupt their path to the action.

Though a smallish back with good quickness, he’s not a truly creative runner nor a ball carrier with the speed to beat defenders into the open field.

What Fletcher offers is toughness and a degree of consistency. His production has not been outstanding this season and includes just 459 rushing yards and 18 receptions with a total of 5 touchdowns, but he’s had a total of just 85 carries. The last two games, however, Fletcher has combined for 228 yards on 27 carries and 2 touchdowns.

This weekend Ball State faces off against Central Michigan, a team battling for the top spot in the Western Division of the MAC after winning just a single game last season.  CMU also boasts one of the best run defenses in the conference.  Ball State has four wins this season with three games left and they need at least two more wins to become bowl eligible.

Scouts will be watching Fletcher closely this weekend as they want to see the senior step up in a big spot.  He has the makings of a situational runner and punt returner at the next level and scouts believe Fletcher can compete for a roster spot next summer.  The Central Michigan contest on Saturday is the perfect opportunity for Fletcher to affirm that belief in the scouting community.

Tony Pauline is Pro Football Network’s NFL Draft Analyst and Insider. Follow him on Twitter @TonyPauline. Follow PFN on Twitter @PFN365. And be sure to join us on Saturday for the PFN College Football Game Day Blog, as Tony and the rest of PFN’s NFL Draft team give the latest analysis and inside scoops on the day’s games.