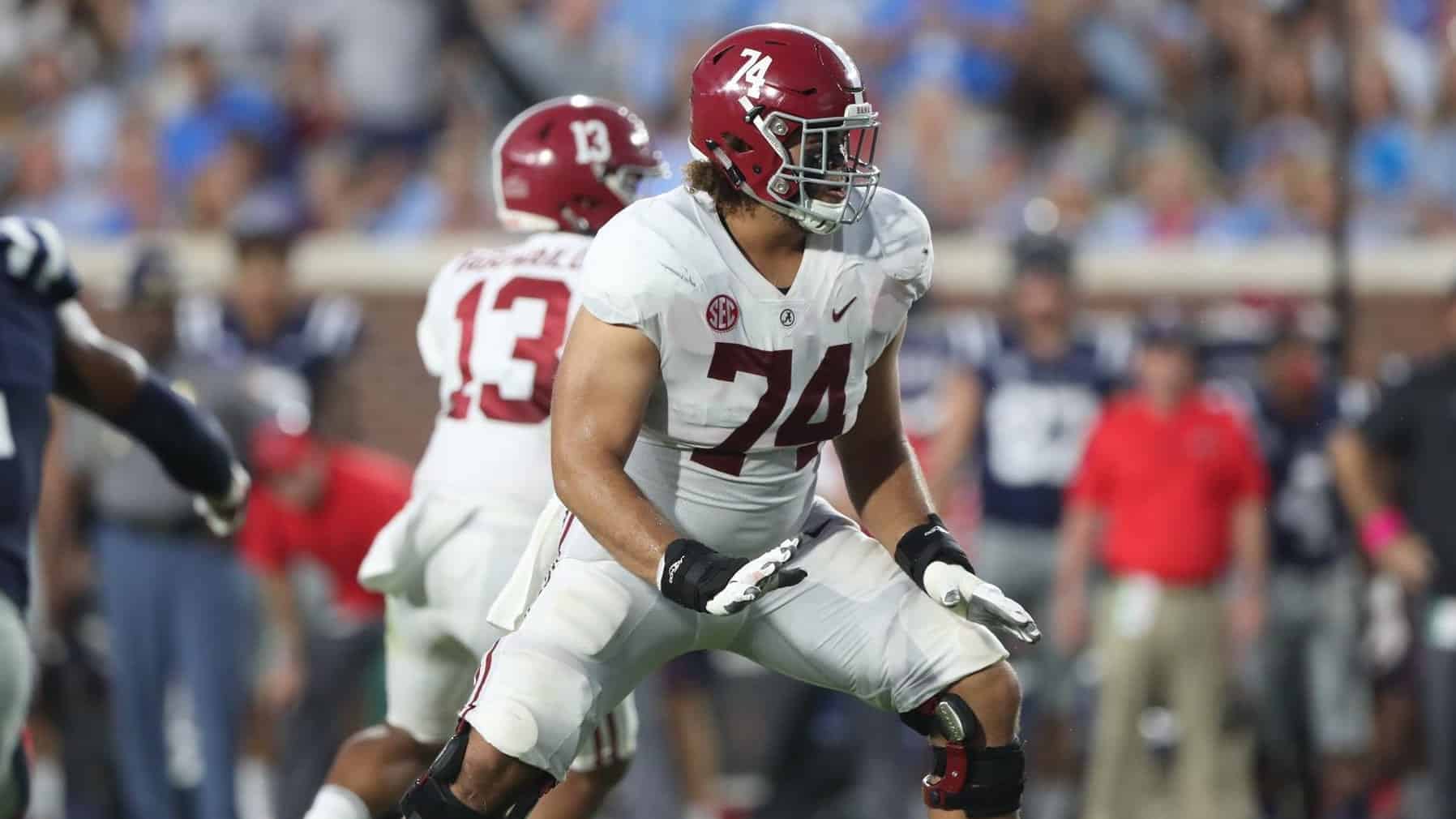 With the Senior Bowl and Shrine Game in the rearview mirror and the NFL Scouting Combine still four weeks away, there’s a lull in the NFL Draft activity. With that being the case, I’ll return to Monday Musings for the next month, giving readers an idea of what I’m thinking after viewing game film. Tonight’s kickoff article is a doozy.

Back in late December, I reported that Nick Saban was pushing his underclassmen to return for another season in Tuscaloosa, as the early information from scouts on the Alabama Crimson Tide juniors fell short of prognostications from the outside. This report was confirmed just a few weeks later with a story confirming that quarterback Tua Tagovailoa was the only underclassmen to receive a top-15 grade from scouts and the advisory committee.

I dedicated myself to breaking down the Alabama film since returning from the Senior Bowl, and I concur with many of the grades handed to the Crimson Tide underclassmen by NFL scouts.

From a positive standpoint, Wills is a nasty blocker who plays with a violent attitude and superior strength. He opens up running lanes, and once he gets his hands on opponents, it’s game over. The problems are stiffness, footwork off the edge, and the inability to block with proper pad level.

I never thought Wills was in the class of Andrew Thomas from Georgia despite the fact many grade him higher, and the eight games of film I watched further affirmed my opinion.

Jeudy plays with superior speed, and he’s a home-run-hitting threat who stretches the field with ease. He’s also an accomplished receiver who catches the ball in stride with his hands and displays a smoothness about his game. He doesn’t gather into cuts or ready himself to catch the ball, especially on deep passes; it happens naturally.

Jeudy also needs space to work and lacks a physical nature to his game.

Whenever he’s crowded, either trying to make the reception or running after the catch, it’s a different story; Jeudy struggles. All too often I watched him finish plays by voluntarily running out of bounds. I could see Jeudy taking a Calvin Ridley-like tumble on draft day.

I’ve taken heat since the preseason for my low ranking of Ruggs, but I still view him as a marginal first-round prospect. Yes – he’s a fast, explosive vertical threat. He’s also a decent pass catcher. But despite these skills, the minimal production disturbs me.

Jerry Jeudy and DeVonta Smith posted superior pass-catching numbers, and too many times I felt Ruggs’ opportunities came as teams were concentrating on that duo. I think he’s a developmental prospect whose speed and yards per catch mesmerize many.

Despite being several inches shorter, I prefer KJ Hamler of Penn State to Ruggs.