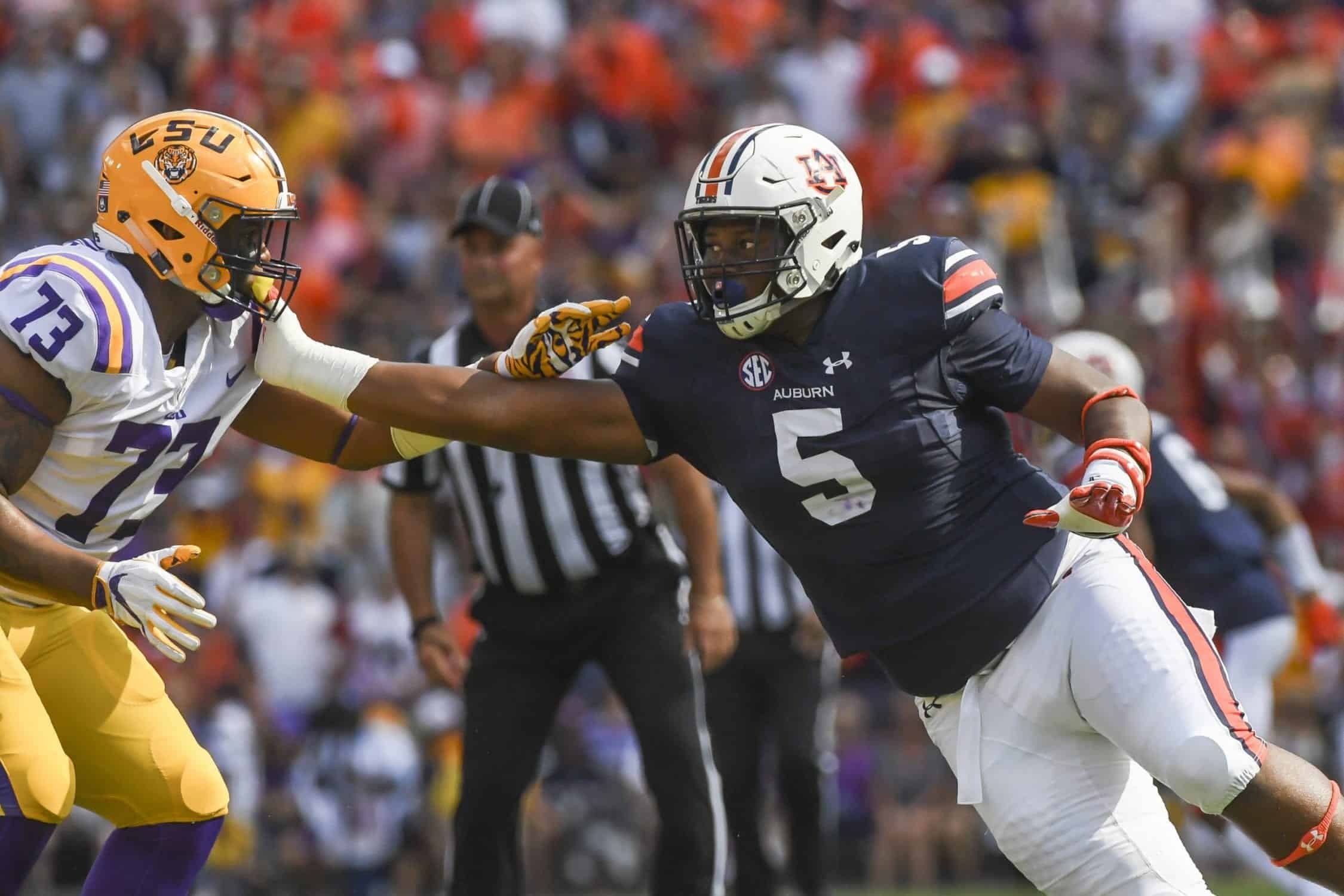 After an offseason that saw Matt Rhule hired as the new head coach and the end of Cam Newton’s tenure in Charlotte, the Carolina Panthers came out looking like a completely different team. With Teddy Bridgewater now at the helm, the Panthers also have a new quarterback to lead them. With what they added in the 2020 NFL Draft, how did the Panthers grade out?

Who did the Panthers draft?

The Panthers did need safety help, and they made sure it happened on day two. By trading up for combine phenom Jeremy Chinn, the Panthers add an athletic specimen who is an absolute playmaker. While Chinn was used in lots of single-high looks at Southern Illinois, the Panthers are almost certainly going to use him in a box safety and linebacker hybrid role.

With Eric Reid gone, they needed a guy that could be that box safety, especially in sub-packages where Chinn can act as a nickel linebacker or a nickel slot. He is still working through learning the mental nuances of the game, but the traits Chinn showcases are some of the best in the safety class. It was good value at the end of round two, and Chinn should be a contributor from day one for the team.

This is a pick that will help the Panthers’ 2020 Draft grade. Roy should have been off the board sooner. Yes, he is mainly a run-stuffing nose tackle, but that is not all he is, and with the juice he has coming off the snap in his first step, Roy falling to the sixth round is an excellent value as he goes to join his college coach in Rhule.

Roy’s pass-rush upside comes through in that first step but also with good speed-to-power and a great club-rip move. There is a notable pass rush plan that Roy continues to improve with each passing season. This is a guy that can get pressures even from that nose tackle spot and will bring the Panthers back great value in the sixth round.

The Panthers across the board drafted pretty well in regards to value. Even the pick of Gross-Matos is not a massive reach. However, Gross-Matos, as good of a run defender as he truly is, just has so much protection when it comes to his pass rush upside. The Panthers passed on some talented edge rushers in Julian Okwara, Zack Baun, and others to bet on Gross-Matos’s upside.

There is no denying just how athletic and springy Gross-Matos is on tape. That very well might be the first thing that sticks out when watching his film. However, he still lacks a comprehensive pass rush plan and fails to adjust throughout the game by switching it up with a wide array of moves.

The strategical part of rushing the passer is the part that Gross-Matos simply has to work on. Gross-Matos has a lot of tools in that toolbox, but when it comes to who was on the board, it might have been better for the Panthers to take a shot on someone a bit more polished on that side of the spectrum.

Wow, this one is another steal that the Panthers had on day three of their draft that will positively impact the Panthers 2020 Draft grade. Robinson arguably could have slipped into late day two with his ball-hawking skills and instincts as a whole. There is no denying that this guy defines the word of a playmaker as a single-high safety.

Robinson has a lot of traits that make him an intriguing upside option for the Panthers, though. Even though his playmaking ability is his best trait, Robinson has the range to cover a lot of ground and make an impact of any team trying to push the vertical passing game against the Panthers defense.

For a guy that they got in the fifth-round, Robinson could have a more significant impact than expected and, as such, is a very nice pick for the Panthers.

The Panthers did incredibly well for themselves in this draft. They got a defensive wrecking ball in Derrick Brown in the first round and followed that up with two high upside defensive players in Gross-Matos and Chinn that will contributors from day one and with good coaching, have a high ceiling to reach with the Panthers.

On day three, they knocked it out of the park by adding Roy, Robinson, and Troy Pride, all of whom should have an impact on the state of this defense going forward. They made it clear they wanted to fix this defense, and they did just that.