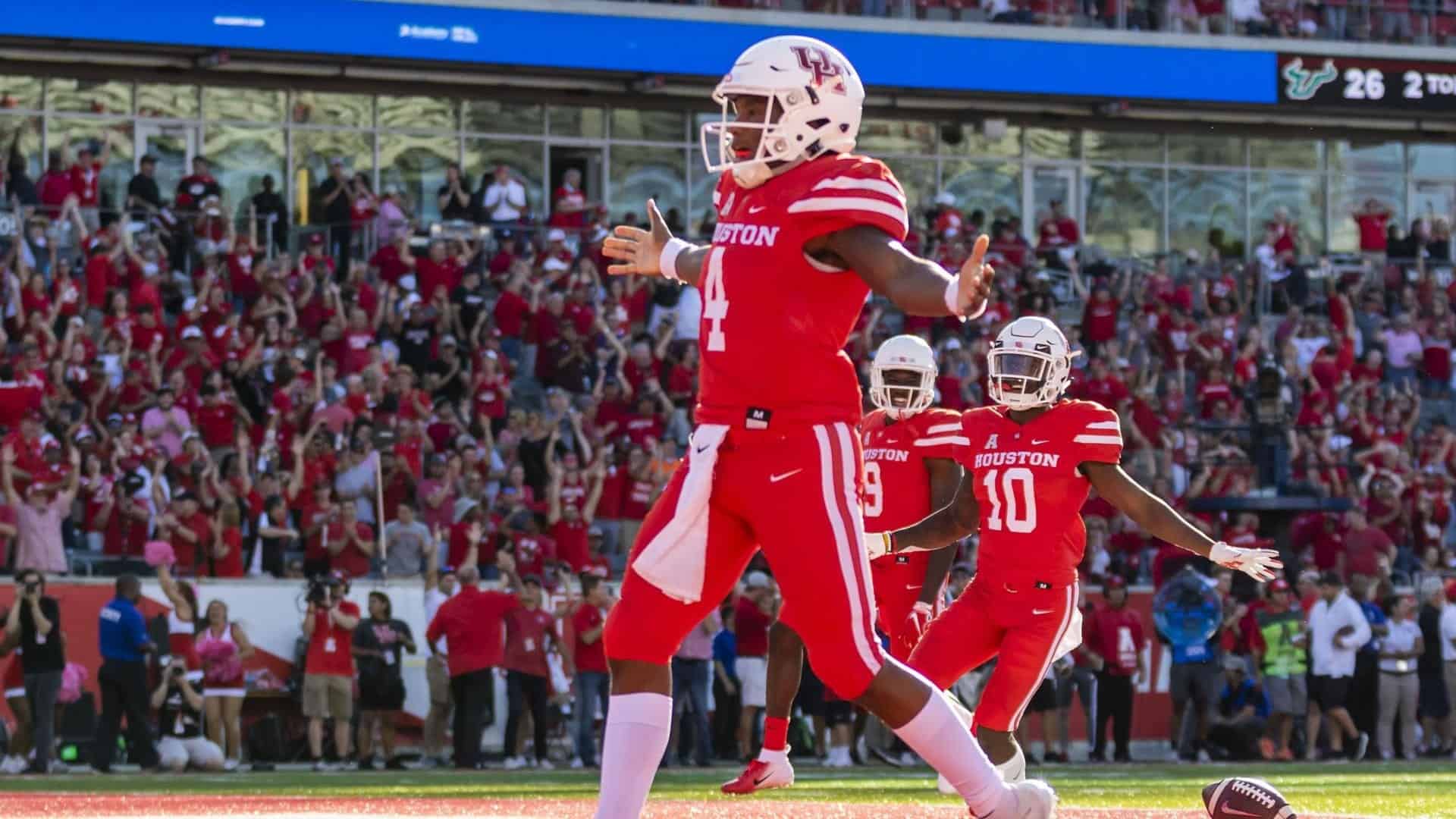 We’ve reviewed some defensive standouts to look forward to this season in the AAC; now it’s the offense’s turn. The AAC is known for high powered offenses and there is no shortage of them this season. And some of these offenses feature some potential prospects for the 2020 NFL Draft.

In 2017, Quinton Flowers and McKenzie Milton lit up the college football world and the AAC with their athleticism at QB. Last year, Kyler Murray took over the big stage with D’Eriq King not far behind. This year could be the year that a true King takes over.

The NFL is becoming more and more of an improvisational style league.

With his running ability and creative style, King exhibits this on a consistent basis. pic.twitter.com/NEisuRu9FJ

My great colleague Carter Donnick already wrote an article on King. King can do it all: run, pass, create, you name it, he’s got it. The former 4-star recruit out of Manvel, TX started his career at Houston as a wide receiver before splitting time at quarterback and ultimately moving there full time.

This was a move that would pay off after King accounted for 50 touchdowns last year, all before he missed the previous 2.5 games of the season with a knee injury. His small stature (5’11, 195 pounds) could make scouts hesitate during his evaluation, but since Kyler Murray went number 1 in this past NFL draft, anything is possible.

Memphis had one of the nation’s most potent rushing attacks with the 1-2-3 punch of Darrell Henderson, Patrick Taylor Jr., and offensive weapon Tony Pollard. Every time you turned on a Memphis game last season, these three popped off of the screen.

Coming off a 1,122 yard season with 16 rushing touchdowns, Taylor Jr. will anchor Memphis' high powered offense in 2019. He already has 34 career scores & will add a lot more #GTG

Taylor Jr. (PTJ) was a former Colorado commit before he switched to Memphis and never looked back. The senior from Humble, Texas, is a bigger back (6’3, 223 pounds) that can put his foot in the ground and giddy up with the best of them. Taylor Jr. can also be a powerful runner when he needs to be and displays decent contact balance as well.

I do want to see Memphis use PTJ more as a receiver and I expect them to this year since PTJ will take on the number one running back role. I don’t expect PTJ to be an all-world back, but he should be a great Day 2 pick in need of some depth. Now let’s watch some of PTJ in high school.

“Is such a long strider does not seem to possess the ability to be an elusive runner after the catch. Can and will accelerate but uses a burst more than an ability to make people miss. Scores but Is not a consistent threat.”

And now for the tape.

75 catches (2nd in AAC), five games of 100+ receiving yards (led the AAC), nine touchdowns (3rd in AAC). After missing all of 2017, Stevenson showed up in a big way in 2018 and formed a special connection with D’Eriq King. Stevenson has been reported to run 4.3s in high school, and it certainly shows on film. Stevenson can also catch anything in his atmosphere. Stevenson has average size for a wide receiver (6’0, 190 pounds) with solid burst and acceleration.

I would like to see a little more explosion throughout his routes, but he always tends to get separation at the top of his routes. Another great season with King could put both players in the first round discussion for the 2020 NFL Draft.

We have found the athletic mid-round tight end for the 2020 NFL Draft.

The senior from Tarpon Springs, Florida set a school record for catches (43) and receiving yards (540) by a tight end in a season. He’s also a physical blocker at the point of attack. Wilcox may not be Dawson Knox, but he excels at getting behind linebackers in the zone and has reliable hands as well. And how can you not like a guy with this hair?

Not bad for a guy whose only other offers were Ball State and Miami in Ohio.

And we’re going to give them some love! Jordan Johnson is the unequivocal leader for the Knights’ offensive line and is one of the main reasons why the Knights set a single-season rushing record in 2018. Johnson plays center but has also performed at guard. He is powerful in the run game and can get up to the second level with relative ease. He can also get out in space as a puller and devastate opposing linebackers.

In the passing game, Johnson tends to bend at the waist a little and miss with his hands sometimes. But Johnson stones inside rushers and has the offensive line running like a well-oiled machine while bringing enthusiasm to the entire offense.

Watching Jordan Johnson (No. 72) celebrate that TD with an unwilling Auburn player is an early 2018 highlight. I have no stake in this game but that brought me much joy. #UCF #Auburn #PeachBowl pic.twitter.com/cCBVQhbXfX

Whoever starts at QB for UCF will be in good hands with Johnson snapping to them.

Other names to watch for:

The top 25 linebackers in the NFL

RAS: Chase Claypool can provide instant value for Steelers in 2020