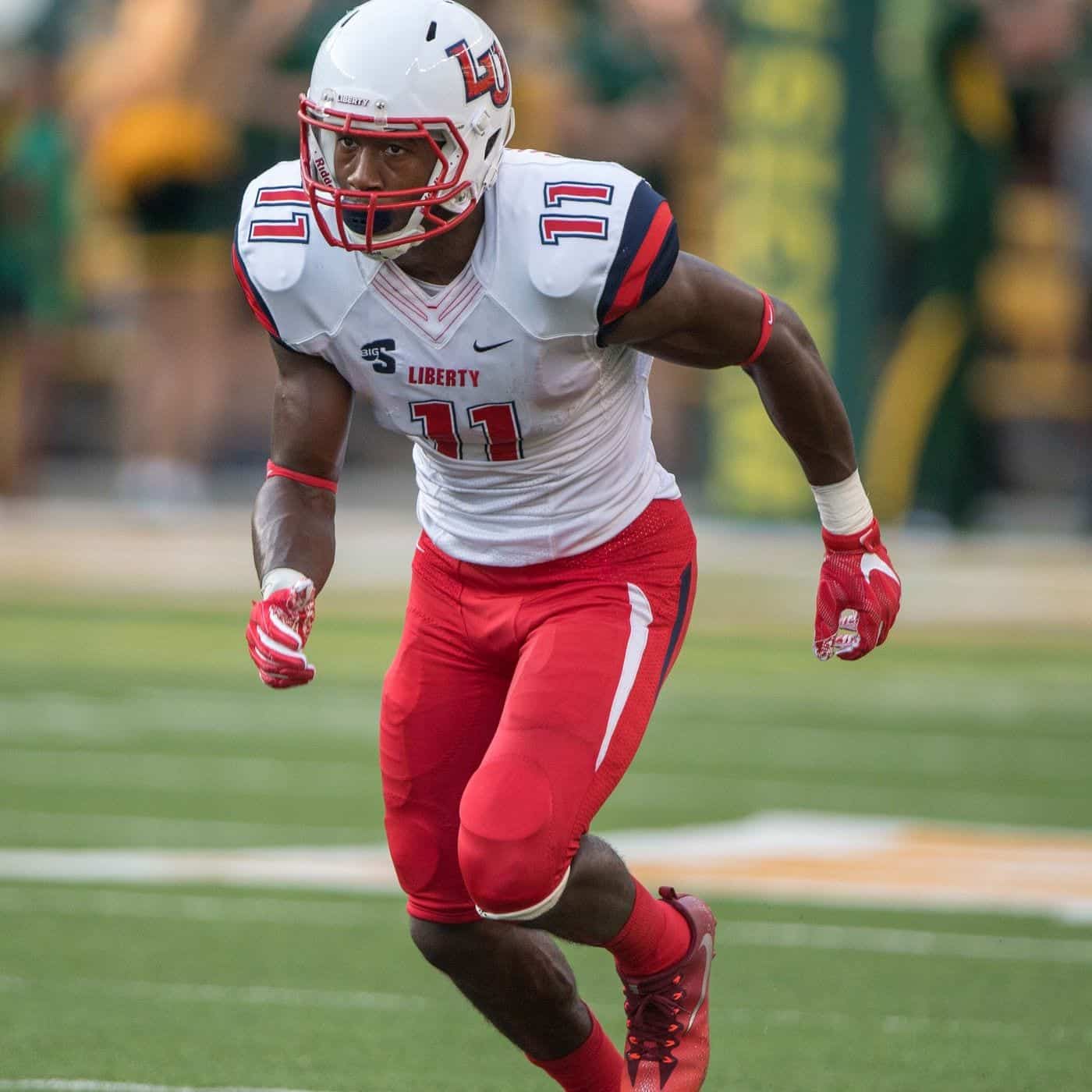 A few weeks ago I highlighted NFL Draft prospect Antonio Gandy-Golden in a feature article, citing why you can’t sleep on the underrated Liberty wideout. Now I’m back with a more polished and concise evaluation of his game.

An uber-productive two-year starter at Liberty, Antonio Gandy-Golden excels as a physical boundary receiver who uses his size to its fullest capabilities. Has developed a strong rapport and connection with QB Buckshot Calvert during his tenure with the Flames. Has a knack for the acrobatic catch, often exhibiting perfect high point prowess when thrown to. Boxes out defenders, almost unfairly at times, and is seemingly unstoppable matched up in single coverage against smaller corners. Extremely dependable and comes down with the majority of 50-50 throws.

Lulls defenders into a trance in jump ball situations. Not the fastest nor quickest, but has a strong sense of creating last-second separation and finding open spots in the middle and intermediate sections of the field. Polished sense of timing on jumps and routes. Elite hand strength and hand usage capable of fighting through extremely contested situations. An innate sense of body control allows for incredible contortion consistently.

Most of Gandy-Goldens production comes on simple “go” or “comeback” routes and he has a limited route-tree as a result. Extremely fluid and athletic for his 6’4 220-pound frame, despite lacking an ideal “top gear”. Although not sudden, he breaks down smoothly in and out of breaks. Has went up against lesser competition throughout his career but excelled when given the opportunity against stronger FBS opponents. A 13-192-2 line against Baylor in 2017 is an example of this.

Biggest transition will be matching up against faster and more physically capable corners at the next level. Gandy-Golden used to being bigger and stronger than everyone else and will have to adjust accordingly.