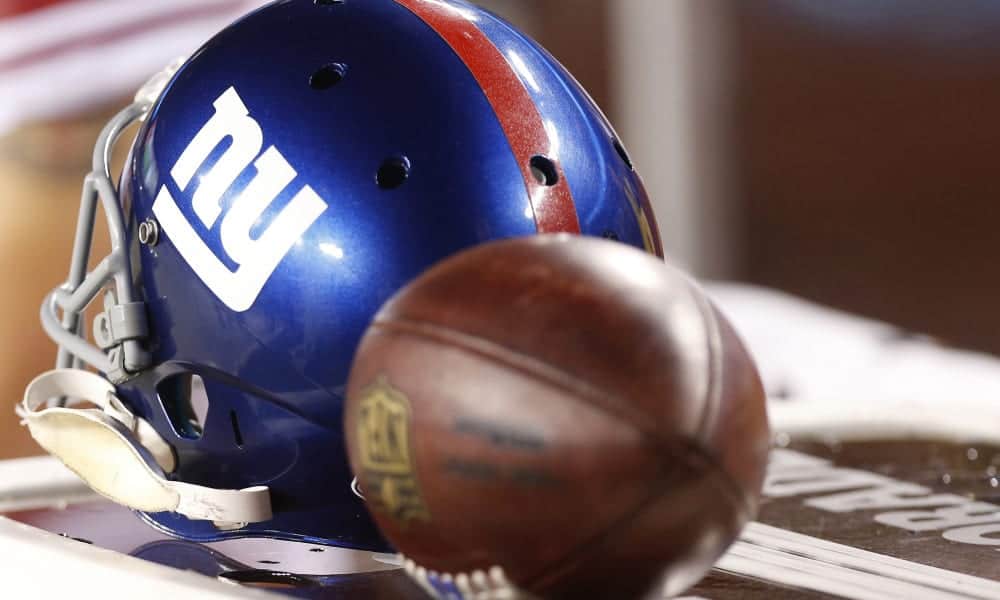 The 2019 NFL Draft will prove to be a pivotal step in the New York Giants’ rebuilding process. Can they add the pieces they need to return to their Super Bowl winning ways of a few years ago?

It may be a distant memory for most New York Giants fans, but just six years ago the team was on top of the world. They were coming off their second Super Bowl victory in five years. They had upset the Goliath New England Patriots for the second time, as well. But oh, how the mighty have fallen.

The 2018 Giants were a far cry from those Super Bowl teams, with Eli Manning appearing to be on his last legs as an NFL quarterback. Arguably, the team has been too loyal to the two-time Super Bowl champion, sacrificing potential success to keep the future Hall of Fame QB in the fold.

On the offensive side of the ball, New York has the tools to compete. Led by all-star receiver Odell Beckham, Jr., the Giants are as good as anyone at the skill positions. Sterling Shepherd makes a great compliment to OBJ’s skill set, and last year’s first-round pick Saquon Barkley is already one of the most versatile running backs in the league. In today’s NFL, it’s not a stretch to say that New York is a quarterback away from competing. Enter the 2019 NFL Draft.

The Giants have a bevy of picks in the 2019 NFL Draft — 10 to be exact. If they want to get back to their Super Bowl winning ways, they’re going to need more hits than misses. Hitting at the quarterback position can make them a contender, but their roster has many additional holes. Here’s one scenario to get New York back on the right track. All selections come courtesy of the On the Clock app from Fanspeak.com.

It seems like a foregone conclusion the Giants will take a quarterback at some point in the 2019 NFL Draft. Conventional wisdom says it’s likely to happen in the first round, and whoever they select will be the heir apparent to Manning. Provided New York doesn’t trade out of the sixth pick, the quarterback of the future is likely to be either Dwayne Haskins of Ohio State or Kyler Murray from Oklahoma.

Most draftniks are in agreement that Haskins is the safer pick this high in the draft. I’m not entirely sold. I’ve gone on record being hesitant of Murray, but it has nothing to do with his skill. Murray’s small stature gives me pause, as it likely will a lot of NFL front offices. If there were a team I would feel more comfortable with Murray joining; it would be the Giants. The idea of pairing Murray’s dynamite play-making ability with OBJ and Barkley is enticing.

Over the past few years, we’ve seen defensive coordinators turn to five, six, and even seven defensive back sets with increasing regularity to cope with the game’s increased passing attack. Combine that with an incredible amount of talent along the defensive line in this year’s class, and we could see only one off-ball linebacker come off the board in the first round.

While the position has been devalued in recent years, it’s not obsolete quite yet, particularly in a division as rough-and-tumble as the NFC East. While the quarterback position gets all the attention — and deservedly so — the Giants sorely lack in linebacker talent as well. Lucky for them, the second-best player at the position should be theirs for the taking early on day 2. Devin Bush is excellent, folks. He can come in and be a solid contributor to the New York defense from day one. There may be bigger holes elsewhere, but you can’t pass up a talent like Bush here.

Barring a trade, Devin Bush would be the only selection for the Giants on day 2. New York forfeited their third round selection in this year’s draft by selecting cornerback Sam Beal in the third round of the 2018 Supplemental Draft. Beal lost his entire rookie season last year to a shoulder injury, so he’s effectively a rookie like the rest of them. A rookie with the bonus of a year in camp. How that year of learning translates on the field remains to be seen.

With two picks in the fourth round to kick things off on day three, the Giants come away with one player at a position of need, and one at somewhat of a luxury position. The offensive line has been a problem area for the Giants for years. Last year saw a bit of improvement as the season wore on, but there’s much more room to grow. With a left-handed quarterback coming into the fold, shoring up the right side of the line is of paramount importance.

To accompany Benzschawel, the Giants pick up a talented small-school cornerback in Corey Ballentine. Ballentine appeared on most people’s radar when he was invited to the Senior Bowl in Mobile, AL, in January. After a bit of a rough start in Mobile, Ballentine proved that he belongs on the big stage with that level of competition. Much like the Senior Bowl, Ballentine will likely struggle if he’s asked to see the field early. However, you can never have too many corners in today’s pass-happy league, and Ballentine has the talent to be very good in a year or two.

Round five finds us double-dipping in areas of need for the Giants with two of their three picks. First, we go back to the linebacker well to select Notre Dame’s Te’Von Coney. With their third and final pick in the fifth round, New York again bolsters the offensive line with Chuma Edoga, an offensive tackle from Southern California.

When you’re selecting on day three, you’re looking for developmental guys who can fill a role. That’s what you’re getting with Te’Von Coney. Coney doesn’t quite fit the modern view of a linebacker; that is one who is rangy and runs sideline-to-sideline with ease. Rather, Coney is more of a traditional two-down linebacker who is going to see time on early downs and goal-to-go situations. The same can be said of New York’s second pick in the fifth, Jazz Ferguson of Northwestern State.

Wide receiver isn’t a pressing need for the Giants, and that’s why we’ve waited until day three to grab one. But much like cornerback, you can never have too many wide receivers. Odell Beckham is the clear-cut number one guy in New York. Sterling Shepherd and Evan Engram have found roles within the offense, as well. Saqoun Barkley is a deadly pass-catching weapon out of the backfield. What the Giants passing attack is missing is a speedster to take the top off a defense. Ferguson fills that role.

Lukas Denis is a name that I — and I think a lot of other people — where high on coming into the season. To me, he was poised to be one of the better safety prospects in what looked to be a relatively weak class. I still think this year’s safety class isn’t a strong one, but I’ve cooled off on Denis significantly. There are some significant flaws in his game that he has yet to correct. Those flaws, coupled with Denis’ small stature is likely to relegate him to a special teams role early in his career.

That said, there is a path to success for Denis. He shows flashes of having plus ball skills, and he’s a loose athlete who can change direction with the best of them. He’s not physical enough to match up well with tight ends and big slot receivers, and he tends to shy away from contact. The coverage skills are there if someone can “fix” him.

Evan Engram is the Giants primary tight end. Drafting another player at the position this year isn’t going to change that. There’s no one that New York would feasibly be interested in who would unseat Engram. However, a player like Trevon Wesco could make a great addition to the Giants offense. Wesco’s skill set extends beyond the traditional tight end roles, which will serve him very well at the next level.

Along with being a reliable pass-catching option lined up as a traditional in-line tight end, Wesco can be moved around the field. At the next level, it’s easy to see Wesco fitting into a Kyle Juszczyk-type role. Another pass-catching weapon out of the backfield, and a capable blocker in front of Saquon Barkley for a power run game. That’s a win-win in my book.

Closing out the 2019 NFL Draft for the New York Giants is Justin Hollins from Oregon. Overshadowed by his fellow EDGE partner Jalen Jelks, Hollins may struggle to stick on an NFL roster. Hollins doesn’t have the type of bend and flexibility you want to see from an EDGE rusher. While possessing the functional strength to contribute in the running game, Hollins often-times struggles with read-and-recognition, finding himself lost in the shuffle.

In this article:New York Giants