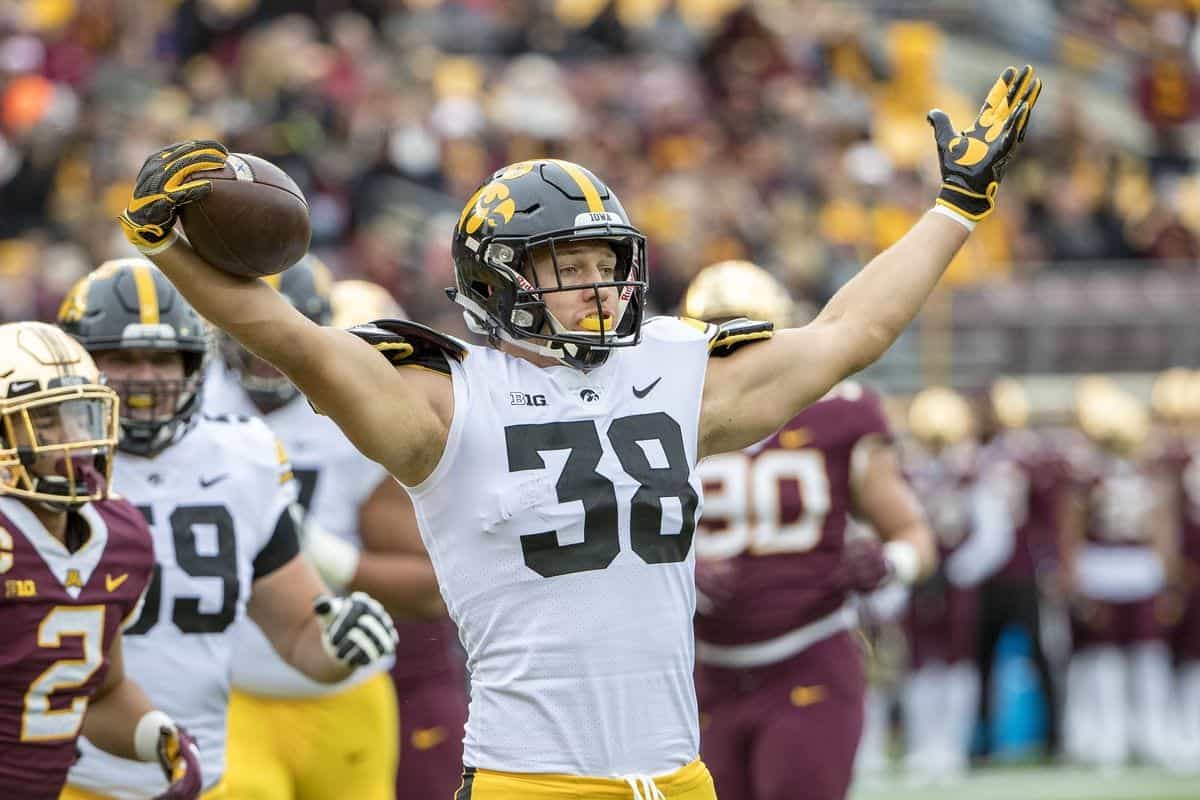 We are officially under a month from the start of the 2019 NFL Draft. With nine total selections, the Detroit Lions have an opportunity to find instant-impact starters and depth.

One of the more active teams in the offseason thus far, the Detroit Lions are ramping up to compete in a tough NFC North. General manager Bob Quinn made one of the biggest splashes, agreeing to terms with edge rusher Trey Flowers the first day of the legal tampering period. He’s since added the likes of cornerback Justin Coleman, wide receiver Danny Amendola, and tight end Jesse James.

Just because spots were addressed in free agency, it doesn’t mean they’ll be ignored early in the 2019 NFL Draft. The needs at cornerback, tight end and across both offensive and defensive line are still there. That gives Quinn an opportunity to look at “best player available” early and often.

Quinn signed James early in the free agency period, but that shouldn’t write off T.J. Hockenson in round one. While Hockenson wouldn’t initially replace James in the lineup, he’d eventually prove his versatility as both a pass catcher (what James is) and a run blocker (what James isn’t). That is something more valuable to offensive coordinator Darrell Bevell. Like I’ve previously said and will continue to say, Hockenson is low-risk, high-reward option for Detroit.

With the news of Rob Gronkowski retiring from the NFL, this will be a popular trade-up spot for the New England Patriots. This is due to a connection between both organizations, specifically head coach Matt Patricia and his relationship with Bill Belichick. It’s a possibility that whether it’s the Lions or Patriots, Hockenson is off the board at eight overall.

Gone is Nevin Lawson. Evident is the need for a consistent cornerback opposite Darius Slay. Unfortunately, corner is one of the slowest developing positions in football today. But Trayvon Mullen has been one of the top collegiate corners for a while, and he won’t be rushed into immediate action with Coleman in town.

Mullen was fortunate to play behind what’s been one of the best defensive lines in college football over the past two years. At the same time, quarterbacks refused to throw over to Mullen’s side of the field which is why you won’t see the box score numbers you’d expect.

One of the many risers from this year’s NFL Combine is Maxx Crosby. Like many Mid-American prospects, Crosby is considered to be raw as far as development goes but flashes of talent back up what scouts saw in Indy.

At 6-5, 255 pounds, a 4.66 40-yard dash is impressive on its own. Throw in a 36” vertical and 122” broad jump, and you start to turn heads at the pro level. Crosby would have an opportunity to learn from one of the NFL’s brightest defensive minds in Patricia and watch Flowers every day in practice.

Andrew Donnal is back with the Lions in 2019, helping with depth. Ross Pierschbacher, who started 57 games for the Alabama Crimson Tide, is a candidate to start from day one with a strong showing in camp. Of those 57 starts, 42 came at left guard until he was moved to center his senior season. Versatility up front makes him an obvious choice at the beginning of day three.

Quinn had Malcolm Brown slip through his fingertips recently after the Los Angeles Rams decided to match their offer sheet. That means he’s back on the hunt for a running back to pair with second-year pro Kerryon Johnson.

Sticking with the SEC theme, Elijah Holyfield is a no brainer in round five. Talked about as an early day-two prospect prior to the draft, a few bad showings have knocked him down the board. A 4.8 40-yard dash will do that. At the same time, look at the film. Bevell doesn’t need him to outrun an entire defense, but instead use his elusiveness to pick up the tough yards.

Ulysees Gilbert fits the mold you see with today’s “box” safety: too big for safety, too small for linebacker. For his sake, let’s call him a playmaker since that’s what he did for the Zips for the better part of three seasons. Patricia would need to find him a role in his defense, but in the meantime, he’d be a special teams ace.

Doubling down on the edge position is never a bad way to go. You need bodies rotating in throughout 60 minutes, and your top rushers need to be fresh to close out late-game situations. Granderson doesn’t show power but does have the quickness on the edge and effectiveness on stunts. At Wyoming, he played in a base 4-3 but would benefit playing in Patricia’s multiple fronts, best used in second and third-down situations to rush the passer.

Take it however you may but Quinn was in attendance at the Vanderbilt Pro Day. Was he there to see Kyle Shurmur? It’s possible. Matthew Stafford hasn’t played up to his contract the past couple of seasons, and a quarterback like Shurmer, the son of head coach Pat Shurmur, is worth a late-round flier.

I’m not suggesting he’s Stafford’s future replacement, but he’s a smart player that protects the ball. Given the opportunity, he may be able to manage the pro game while spelling for an injured quarterback.

Jah’Shawn Johnson could be a steal this late. He proved he has ball skills throughout his playing time at Texas Tech playing as a back-end safety. His father, Keith Davis, played safety for the Dallas Cowboys from 2002-2008. Special teams will be his first priority but could earn snaps throughout training camp.