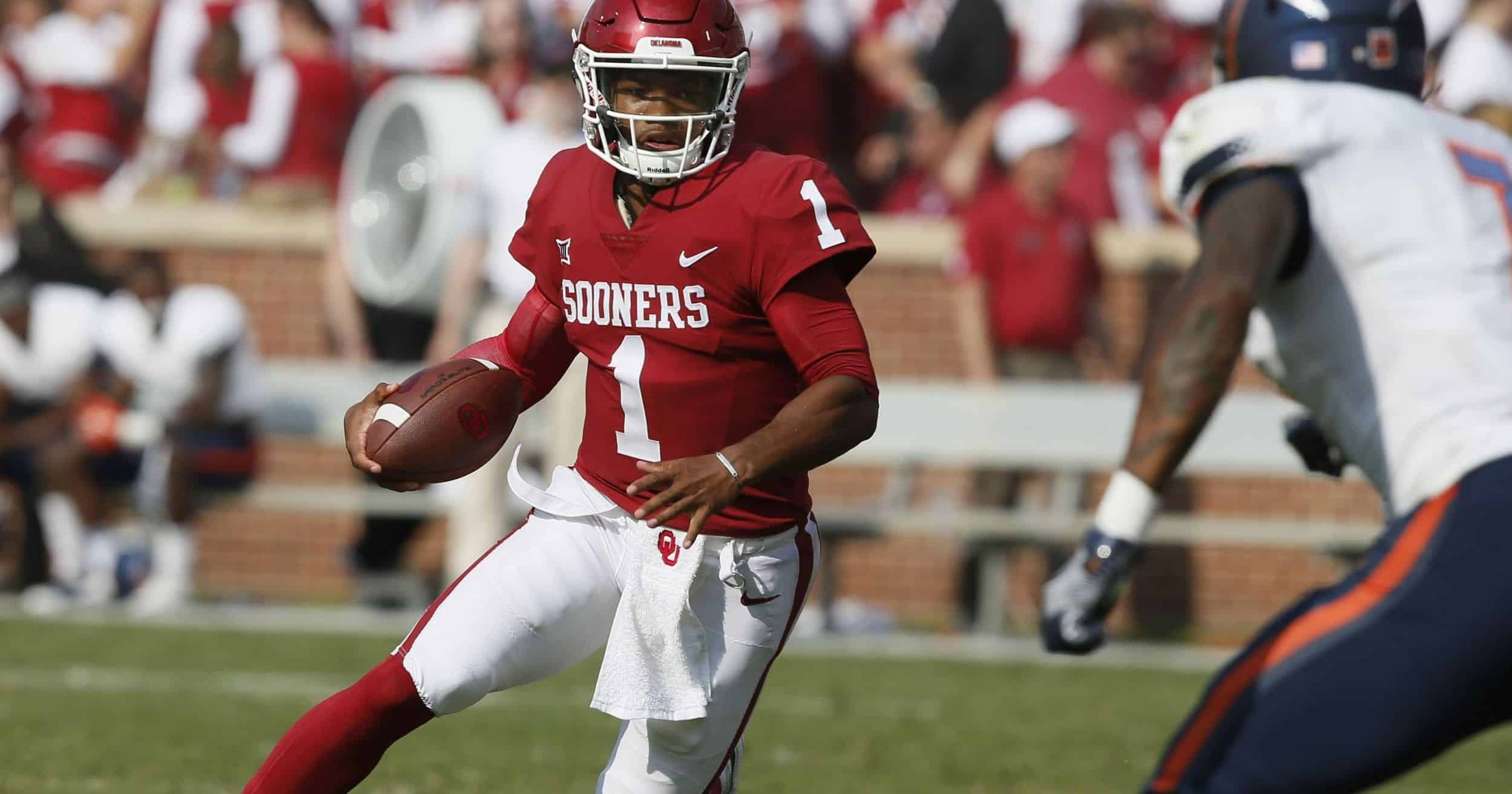 Although we are still several weeks away from the beginning of Fantasy Football season, it is never too soon to start thinking about your upcoming drafts.  And if you’re like me, you probably have several different leagues and settings to consider.  However, whether it be a standard, PPR, Super Flex, or some other type of league – these rankings should remain the same.

Here are my top-10 rookie quarterbacks to target in your upcoming fantasy football rookie drafts.

Unless you currently reside under a rock, the Arizona Cardinals decided to trade away Josh Rosen, selecting Kyler Murray with the No.1 overall pick in this year’s draft.  And despite hiring a head coach that failed miserably during his days at Texas Tech, Murray is the perfect trigger man in Kliff Kingsbury‘s Air-Raid offense.

According to MyFantasyFootballCalculator, Murray is currently the 12th player drafted in PPR dynasty leagues.  However, it is not out of the ordinary to see him get selected higher depending on a team’s need for a franchise signal-caller.  In some leagues, Murray could go as high as #1, which should surprise no one based on his unique skill-set. Last season, Baker Mayfield was the consensus #1 QB in dynasty circles.  And this year, it appears to be Kyler Murray.  His dual-threat capabilities make him an intricate fit for any fantasy football team.

On draft night, many people were surprised Ohio State’s Dwayne Haskins was the third quarterback selected. After all, many believed he would be drafted by the Giants at #6.  And then one after the other, the dominoes began to fall.  Haskins would eventually fall to Washington at pick #15.  And if Jay Gruden has any say (which he does), both Case Keenum and Haskins will have a chance to win the starting job.

Which translates to: “Haskins is the starting quarterback barring something catastrophic.”

Washington finally selected a quarterback the team can build upon for the long-term success of the franchise.  Haskins possesses the prototypical size and has all the tools as a passer to have an immediate impact in the NFL.  In the most recent ADPs, Haskins is currently being selected in the middle of the second-round.  And for a quarterback that has the potential to be the starter in for the next decade, that’s great value.  When all is said and done, I think Haskins could potentially be the best QB of the class and a solid long-term option for fantasy owners.

Once upon a time, John Elway was a very good NFL quarterback.  In fact, he’s one of the best to ever play the game.  But where he succeeded as a quarterback, he’s failed miserably at evaluating talent at the most important position in football.  Remember, Paxton Lynch?  Of course, you do.

As the draft inched closer and closer, the rumors surrounding Drew Lock to Denver continued to pick up steam.  And after one of his better drafts in recent memory, Elway waited patiently for his guy to fall into his lap.  Lock would become the 42nd-overall pick in this year’s draft.  And with the presence of Joe Flacco in Denver, Lock will have time to develop – unlike Lynch did several years ago.

Lock has an aurora about him and the tools to back it up.  His lively arm and ability to throw with near pin-point accuracy on the run should translate well to the NFL game.  If you’re in need of a quarterback to stash on the bench and wait patiently to reap the benefits – Drew Lock is the guy for you.

To this day, it is still hard to believe that Dave Gettleman and the New York football Giants decided to draft Daniel Jones in the first round of this year’s draft.  And although I do understand the need to find Eli Manning‘s predecessor – sooner than later – I just don’t believe Jones is that guy.

In fact, leading up to the draft, the player he was most compared to was Ryan Tannehill.  And although the Miami Dolphins wasted seven years believing he was the guy, he never quite lived up to his draft day potential.

Jones is not Tannehill, and should greatly benefit from sitting behind one of the better starting quarterbacks in recent memory.  And as the Giants continue to build the arsenal of weapons around Manning.  The plan is for Jones to be the guy in the near future.

His success won’t come imminently. But the potential is there for him to be a very good quarterback once Manning inevitably rides off into the sunset.

Love him or hate him, Cam Newton remains one of the top fantasy quarterbacks this NFL season.  And whether you believe his shoulder will ever fully heal, there appears to be no end in sight for the Panther’s all-time leading passer.  But with uncertainty looming, Carolina decided to invest in an insurance policy.  His name is Will Grier.

Heading into the 2019 NFL Draft, Grier was my #3 QB. When he was selected by Carolina in the third-round (100 overall) it appeared to be an ideal fit for the 24-year-old signal caller.

Grier may never get the chance to be the Panther’s long-term answer at QB.  But he has the skill-set to be a capable backup QB in the NFL.  And who knows, given Newton’s recent injury history, could prematurely be thrown into action.

There are four quarterbacks that you can feel confident in drafting this fantasy football season.  Murray, Haskins, Lock, and Jones will all get their chance at being a starting NFL quarterback – sooner rather than later.  The rest of the group, however, is filled with more uncertainty. But if you believe in the prospect, you can make a case for any of these QBs in your upcoming fantasy drafts.