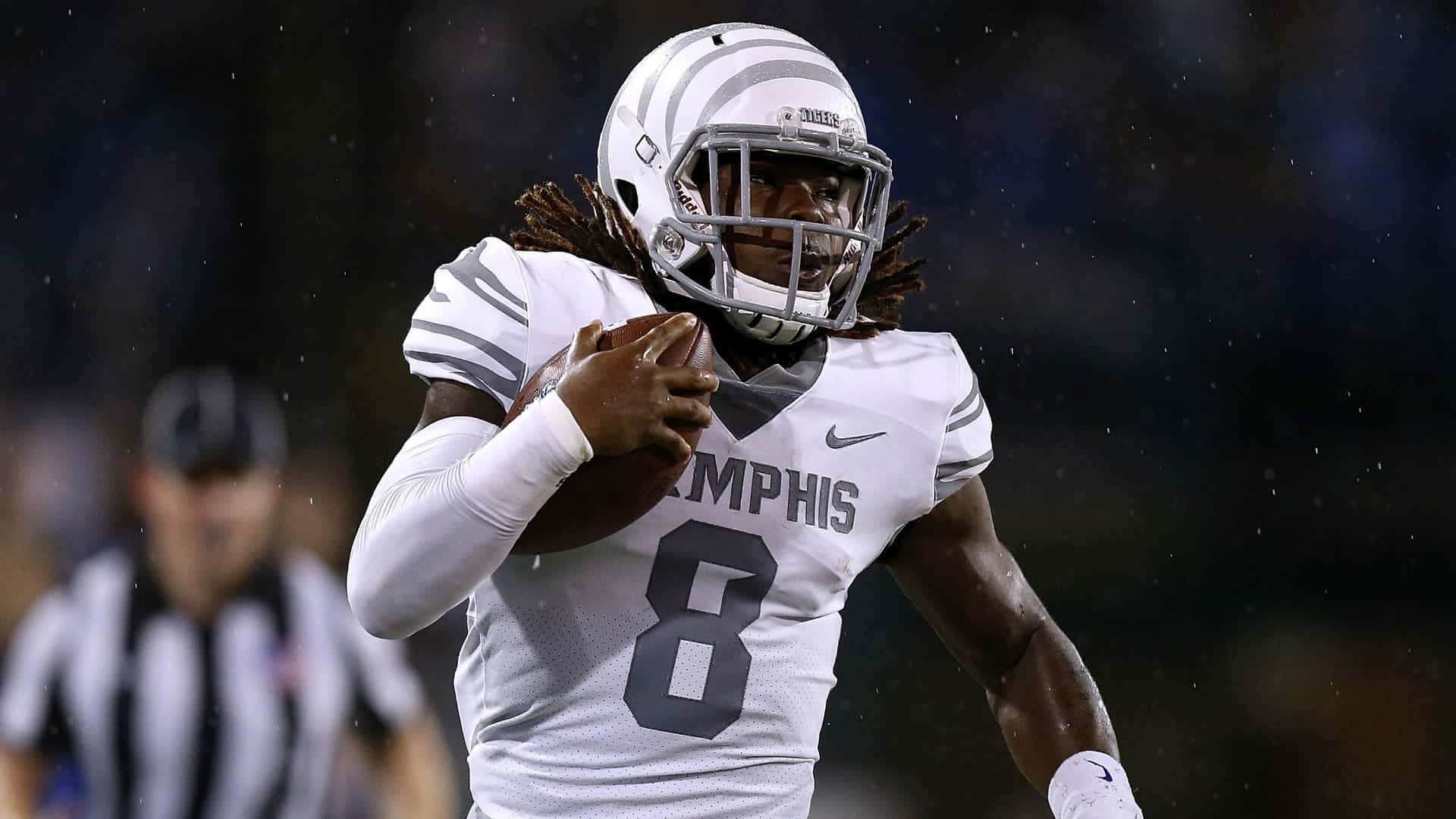 A fantasy football season is an ebb and flow. Drafting studs early and relying on them throughout the year is easy. The real skill comes into play as tides rise and fall throughout the season based on injuries, trades, and other unforeseen factors. Having a deep bench and working the waiver wire keeps you in the playoff hunt and can rescue a failing fantasy season.

This week, The Deep State examines running backs for the 2019 fantasy football season. It’s a position thin with workhorses and often full of surprises. This year will be no different, with the potential for the next Alvin Kamara and another workhorse in Pittsburgh.

New Miami Dolphins head coach Brian Flores has a familiar face in his offensive coordinator. He brought wide receivers coach Chad O’Shea with him from the New England Patriots to serve as the Dolphins signal caller. If O’Shea mimics New England’s usage of running backs in Miami, it could be maddening for Kenyan Drake owners but good news for Kalen Ballage. The second-year back averaged a robust 5.3 yards per carry in 2018, highlighted by a 75-yard TD run against Minnesota’s fourth-ranked defense.

Expect a run-heavy scheme in 2019 as Miami attempts to sort out the quarterback position. The team has revamped the interior of their offensive line with mauling run blockers in third-round Wisconsin guard Michael Dieter and free agent guard Chris Reed. All signs point to a heavy reliance on the running backs and a steady rotation of both Drake and Ballage.

There’s not a lot of pedigree in the Bucs’ backfield, as evident by the incumbent starter and undrafted free agent Peyton Barber. Ronald Jones was a second-round draft selection last year, but when given the opportunity he responded with 44 rushing yards and 33 receiving yards in the entire season. Who will take the reins in 2019? Don’t overlook Bruce Anderson, especially in PPR leagues.

Three things are true in life: Death, taxes, and running backs in head coach Bruce Arians’ offenses getting a lot of targets. Anderson, an undrafted free agent from North Dakota State University, offers a nice blend of speed and power and has more natural pass catching ability than Jones and Barber. He’s drawn comparisons to David Johnson, who led the league in all-purpose yards in 2016 under Arians in Arizona. Even if Jones eventually takes hold of the backfield, look for Anderson to get involved in the passing game.

As PFN’s Eric Frosbutter recently reported, Todd Gurley is no longer a first-round fantasy lock. The Los Angeles Rams are countering Gurley’s injury woes with a committee approach to the backfield in 2019. It’s a big deal because the Rams passing game is predicated on the play action pass. They utilize play action more than any team in the league (four percent more in 2018 to be precise). The other pieces to the Rams’ backfield are Malcolm Brown and third-round rookie Darrell Henderson. The Rams matched an offer sheet from the Detroit Lions to keep Brown in 2019, but it is Henderson that has us excited at The Deep State.

The Rams clearly intend to use Henderson in their offense. They traded up 24 spots to select him at 70th overall. Head coach Sean McVay calls Henderson a “unique playmaker” and Rams general manager Les Snead said Henderson gives the team a “Kamara element.” He’s speaking of course of New Orleans Saints running back and fellow third rounder Alvin Kamara. Henderson put up video game numbers while at Memphis. In 2018, he ran for 1,909 yards, averaging 8.9 yards per carry. His yards per carry for his entire collegiate career is 8.2.

It sounds like the Rams plan on getting Henderson involved early and often, creating new wrinkles in an already explosive offense. We’re expecting a mix of Gurley and Henderson the same way the Saints recently used Mark Ingram and Alvin Kamara, with Brown brought into the game plan to give Gurley rest.

The Pittsburgh Steelers offense will look quite different in 2019 after the departures of running back Le’Veon Bell and wide receiver Antonio Brown. Last season the team turned to James Conner as the feature back, but late season injuries opened the door for Jaylen Samuels to show what he can do. In Week 15, the Steelers went to Heinz Field and defeated the eventual Super Bowl champion New England Patriots behind Samuels’ 172 total yards.

Samuels is a hybrid player built more like an H-back than a traditional RB and adds a unique element to an offense. Apparently, the Steelers agree. According to the Pittsburgh Post-Gazette, the Steelers are toying with two-back sets featuring both Conner and Samuels in the backfield. It’s a look Samuels thinks the team will employ more this season.

Samuels flashed the skills of a complete back in a small sample size last season. He tallied 256 rushing yards and added 199 receiving yards on 26 catches. Another fun fact: The Steelers new running backs coach Eddie Faulkner was North Carolina State’s tight ends/fullbacks coach, where Samuels played both positions. As the Steelers redefine themselves on offense, it looks like Samuels will be a part of the equation.

This is a deep stash option. The Seattle Seahawks’ backfield picture got a bit clearer when Mike Davis left for Chicago via free agency. The move leaves Chris Carson and Rashaad Penny as the clear-cut top options in the run game. Davis was third on the team in receiving last season, leaving the door open for a running back to step in as a third down option. Enter Miami (FL) rookie Travis Homer, with a pre-draft scouting report referenced in the Seattle Times that notes, “…impressive reps on tape where he makes outstanding adjustments to the football and snatches it outside his frame.”

The Seahawks put those skills to the test at their rookie minicamp, with Homer used as a receiver in a variety of ways out of the backfield. As Carson and Penny grind it out for the early-down back role, Homer may be the man pegged for the third-down back role. It’s a position made more valuable in Seattle this season with the departures of Davis and WR Doug Baldwin. Homer could pay big dividends as a potential late-round fantasy pick worthy of a flex position in your lineup.