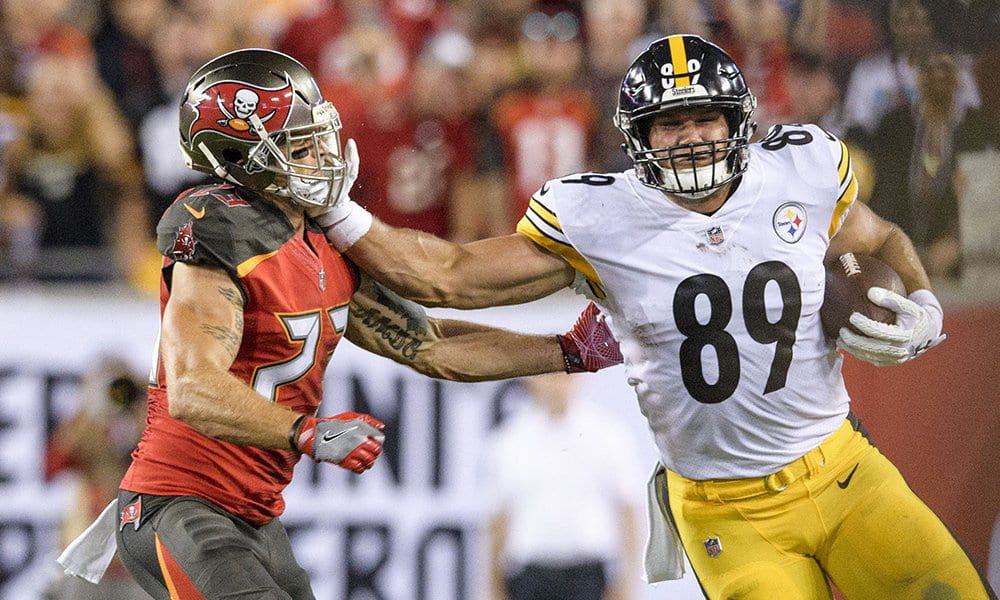 Tight ends are everyone’s least favorite position to deal with in fantasy football. For the last few seasons, there have been only a small handful of tight ends that have been able to produce consistently.

If you are anything like me, you prefer to load up on wide receivers and running backs early and end up missing out on the most prominent names at the position. However, the 2019 fantasy football season is shaping up to be an exciting one for tight ends. I’m going to highlight my favorite options to aim for if you miss out on the big guys.

Coming off an improbable rookie season, expectations were sky-high for Evan Engram in 2018. Injuries shortened his season, and he ended up disappointing. However, if you look into Engram’s stats, there are plenty of reasons to believe big things are in store for his third season. Engram only played 11 games in 2018 and finished the season with 45 receptions for 577 yards and three touchdowns. Interestingly enough, his 16-game pace would have placed him as the sixth-best tight end in fantasy football.

In all likelihood, The New York Giants will not be a good football team in 2019. However, that does not mean the team will have no fantasy relevance. Did you know the Giants ranked 11th in the entire NFL in passing yards last year? Don’t worry, nobody did.

When a team is always playing from behind, their pass catchers have more opportunities to produce. Thanks to the Odell Beckham Jr shaped hole on the offense, Evan Engram has all the opportunity in the world to become a top-five fantasy tight end. This will be the year he makes the leap from good to great.

Even though he was playing second fiddle to Zach Ertz as the Philadelphia Eagles tight end in 2017, Trey Burton still found a way to shine by catching five touchdowns. He joined the Chicago Bears last offseason and was expected to break out, but he didn’t. Burton’s catch percentage was fairly consistent from 2017 to 2018, his receptions and yardage doubled, but only scored one more touchdown. Going from Carson Wentz to Mitchell Trubisky proved to be too tall of a task for Burton to overcome in 2018, but there is certainly reason to be optimistic.

In one more game, Trubisky threw nine fewer touchdowns than Wentz did in 2017. If the touchdowns are there, Burton will catch them. Trubisky began his sophomore season slow; Heading into a Week 4 showdown with the Tampa Bay Buccaneers, Trubisky had only thrown two touchdowns. This game is where Trubisky turned a corner. He erupted for six touchdowns and carried that momentum forward until he got injured in Week 11.

Trubisky missed the next two games and averaged only one score per game to round out the season. As long as Trubisky can get back on track and prove his 17 touchdowns in 10 games last season wasn’t a fluke, Trey Burton is going to be a major beneficiary and one of the biggest steals at the tight end position this year.

Over the last two years, no team has lost more pass-catching weapons than the Pittsburgh Steelers. Le’Veon Bell and Antonio Brown are gone, but the show must go on. Last year, the Steelers tight end situation was a little murky. Some weeks Jesse James seemed like the main guy, and there were other weeks where Vance McDonald would stiff-arm a man to China and score a 75-yard touchdown.

Jesse James is now a Detroit Lion, and McDonald has virtually no competition as the team’s starting tight end. He is in line for a significant workload this season. The most apparent reason to be excited about McDonald in 2019 would be for the vacated targets and touchdowns.

Between Brown and James, the Steelers lost 207 targets and 17 touchdowns. Last season, McDonald saw a dramatic increase in targets, receptions, and yards. I expect him to be one of the primary recipients of the aforementioned vacated targets and touchdowns.

In 2018, McDonald also matched his career-high in touchdowns. If all goes according to plan, 2019 will blow those numbers out of the water. Unfortunately, injuries have been a concern throughout his career, but he proved he was able to stay healthy by suiting up for 15 games last season. If McDonald can continue to fight off the injury bug, it would be unfathomable for him to not have the best season of his career. McDonald has a clear path to success and could end up being a league winning pick for your 2019 fantasy football team. If you miss out on the three big names at the position, McDonald may be your best bet as a later round selection.

If you are looking for the Hail Mary pick, Chris Herndon is a name to remember. Herndon and his quarterback Sam Darnold showed flashes of excellence last year, and I expect that connection to flourish in 2019. The only thing keeping him out of my top three was that pesky four-game suspension. If you like to live dangerously, you can take him with your last pick. Otherwise, I would undoubtedly look to scoop Herndon off waivers by week three.

Jack Doyle is overshadowed by Eric Ebron, but my money is on Doyle to be the best Colts tight end in 2019. Doyle was a 2018 Pro Bowl selection, and he managed that without Andrew Luck‘s help. Doyle is a great pass-catching tight end, and we all know how much Luck loves throwing to his tight ends. Doyle was limited to only six games last season, but his 16-game pace would have put him as a top seven tight end in all formats. There are going to be plenty of touchdowns to go around in Indianapolis. Doyle figures to be on the receiving end of his fair share in 2019.

Engram, Burton, and McDonald are my three favorite tight ends poised to break out this year, but for the first time in a long time, the position has hope. There is more talent than ever, and with the “early tight end” draft strategy at its peak, informed 2019 fantasy football players can stock up on better value early and still be able to grab a difference-making tight end later in the draft. We all have our fingers crossed that the dark days of tight ends are behind us once and for all.

Corey Every is a writer for the Pro Football Network covering Fantasy Football. You can follow him @FootballHead18 on Twitter. 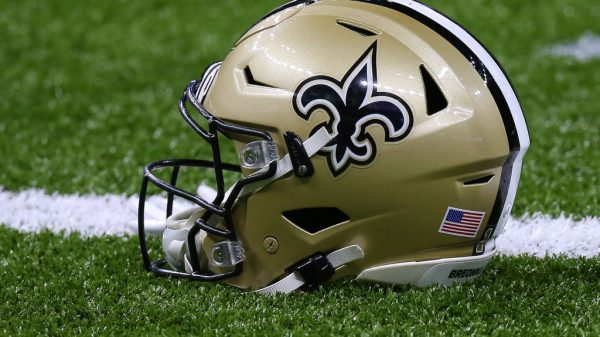 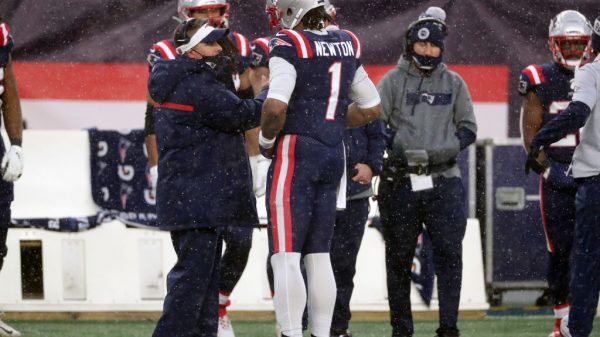 After suffering some setbacks in their head coach search, the Philadelphia Eagles have Josh McDaniels and Nick Sirianni in their sights.