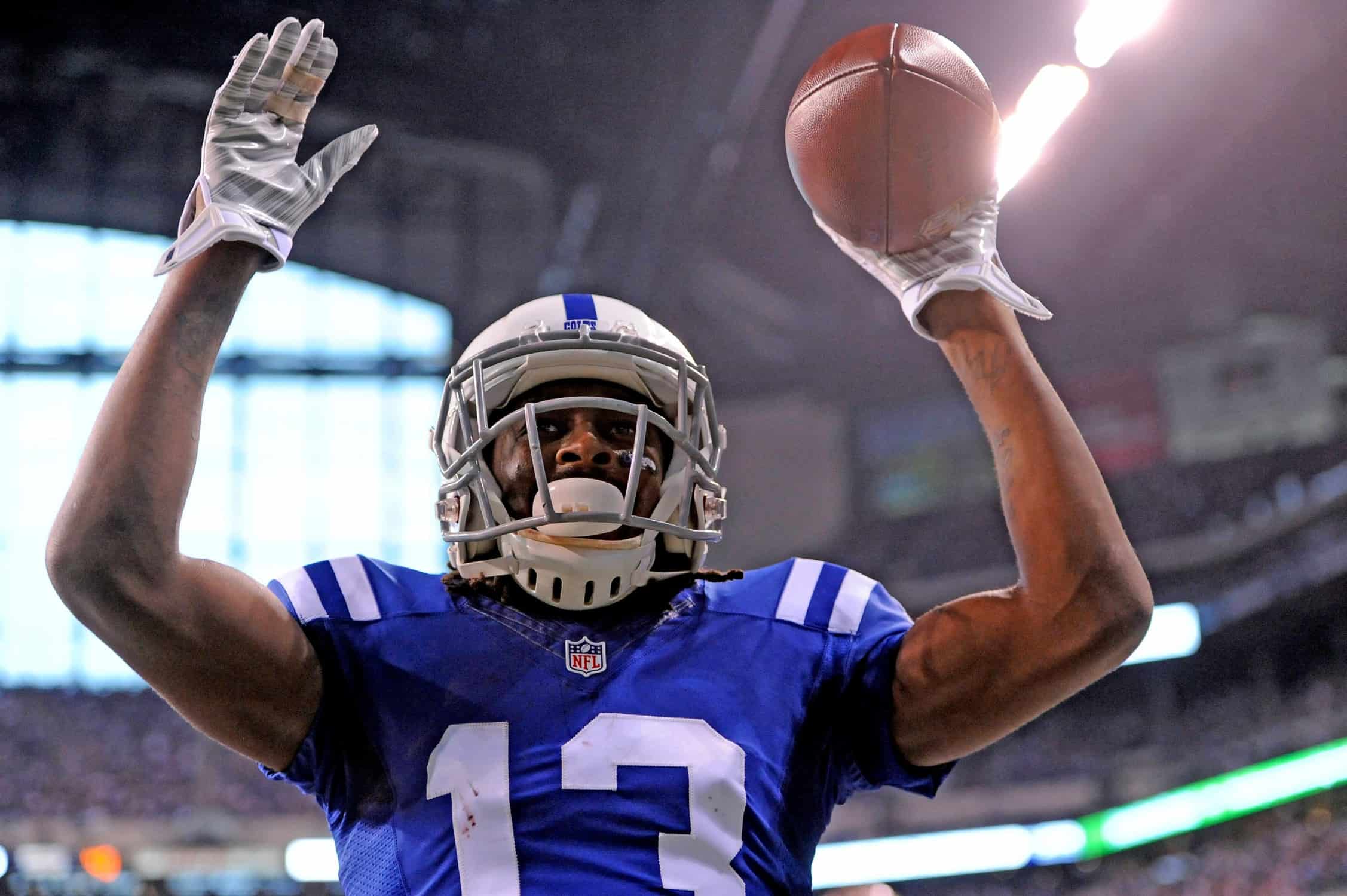 The 2019 fantasy football season is shaping up to be a great one for T.Y. Hilton. For Hilton, 2018 was a tale of two halves. Two great, but very different halves. All six of Hilton’s touchdowns came in his first eight games. It should be noted that Hilton missed Weeks 5 and 6 with chest and hamstring injuries.

In his first eight games, Hilton totaled 38 receptions and 585 yards. He averaged one score for every 97.5 yards and accounted for 27% of Andrew Luck‘s yardage and touchdowns. Luck’s performance in those same eight games were equally impressive, throwing for over 2,100 yards and 22 touchdowns. The chemistry between Luck and Hilton led to success with the Indianapolis Colts going 5-3 in those games.

The last six games of the season tell a different story. The Colts wrapped up 2018 as one of the hottest teams in the NFL, but Luck had an uncharacteristically low touchdown total for the final stretch. In those games, Luck only tossed 10 touchdowns, while putting up a couple of goose eggs along the way.

The Luck and Hilton combo averaged 41 more yards per game. Hilton accounted for 38% of Luck’s yardage, but they did not connect for a single touchdown. Despite the decline in scoring, the Colts enjoyed a 5-1 record and clinched a playoff berth to end the season. I expect them to pick up right where they left off yardage wise, but zero touchdowns is an anomaly.

Throughout his career, Hilton has feasted on the AFC South. Over the last three seasons, 9 of his 16 touchdowns were scored against division rivals. Hilton also has a knack for beating up on the bad teams. Ten of his 16 scores came against teams that went on to finish the season with a losing record. In 2019, in addition to the six games against division rivals, the Colts also have six games against teams that finished below .500 last year. When you break down the Colts 2019 schedule, there are 12 weeks where Hilton has an above average chance at scoring a touchdown. I see that translating to big fantasy numbers.

The Colts don’t have many mouths to feed with their wide receiver corps, and they didn’t add much in the offseason. Devin Funchess was the only notable pass catcher signed during free agency. Although Parris Campbell has a bright future, wide receivers usually take a year or two to come into their own. Hilton is still the apple of Andrew Luck‘s eye, and there is nothing but a clear path to success in front of him.

Predicting a good season for T.Y. Hilton is about as far from a hot take as you can get, but I’m not here to predict a good season. I’m here to predict an elite season. It’s time to recognize the top-five fantasy potential that Hilton has. He has already led the league in receiving yards, but this will be the year it all comes together for him. Few players have a higher ceiling or a higher floor; he is in the best possible situation this year and is entirely bust-proof. Take Hilton in your fantasy drafts with confidence and consider him a steal in the early third round.

In this article:Featured, featured, T.Y. Hilton