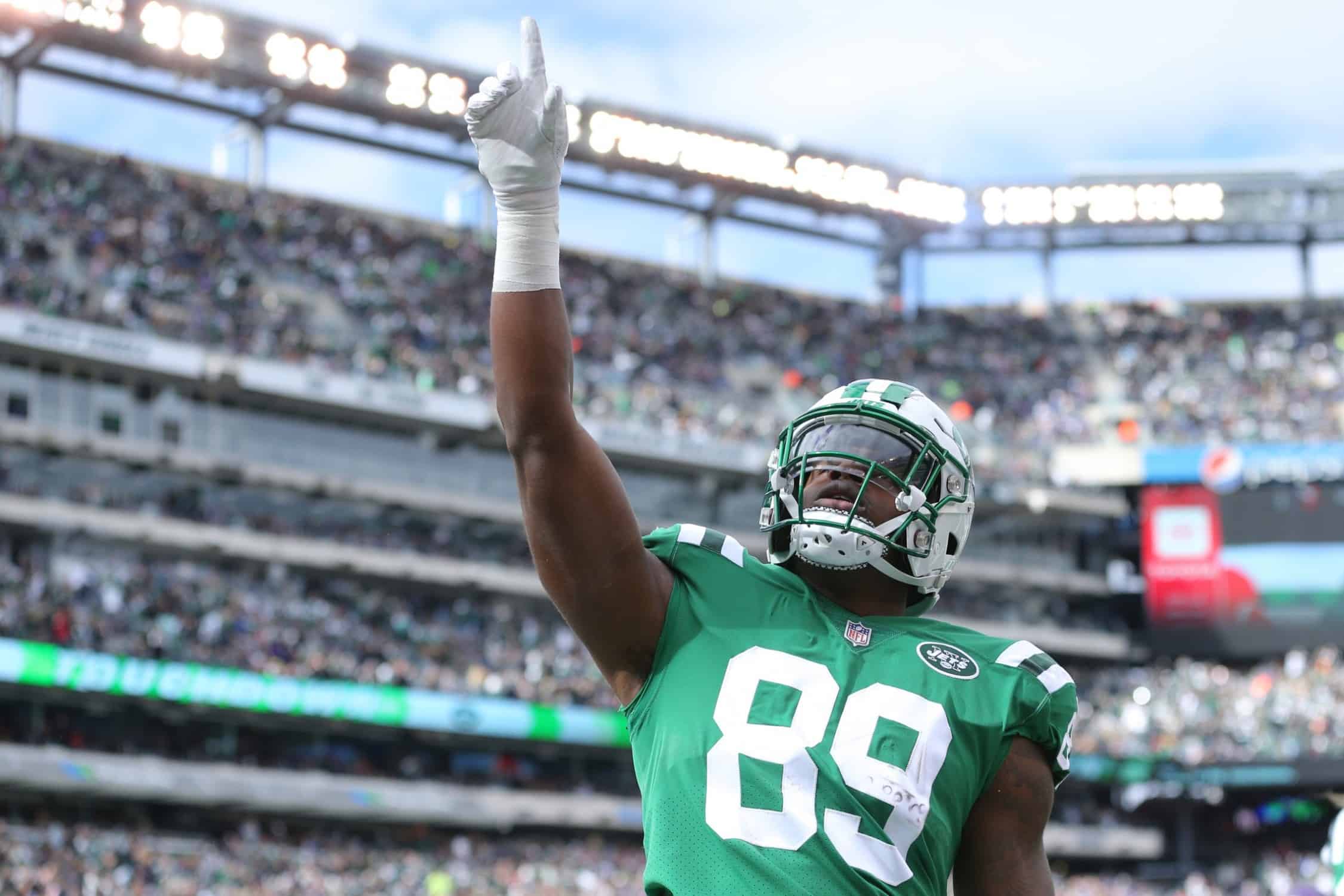 No other position in fantasy football represents “tiers” better than tight end. Perhaps it is because there are so few top tier players. Or maybe it’s because the drop off from tier to tier is so significant. If you don’t spend an early round pick on one of the top three TE’s (Travis Kelce, George Kittle, Zach Ertz), there are plenty of options in the lower tiers. This week The Deep State examines tight ends available in multiple tiers that can help fill a position that often becomes an afterthought in fantasy football drafts.

This is a lottery ticket for the late rounds of your draft or to file away as a potential waiver wire pickup. Delanie Walker seems to be the reliable tight end owners always turn to once the top options at the position are gone. But the reality is he’ll be 35 when the season starts and coming off a serious injury. The bottom line is Walker is no longer the safe second tier bet he once was. Enter Jonnu Smith. The 2017 third-round selection caught 20 passes for 258 yards and 3 touchdowns in 2018, highlighted by a 61-yard catch and run against the Houston Texans.

Though Smith poses a threat to Walker’s playing time, Walker has embraced his role as a mentor. He recently told the Titans team website, “People tend to forget about Jonnu Smith…he’s going to replace me when I leave.” At the very least, Smith becomes more involved in the offense as a dynamic playmaker. At best, Walker’s age catches up with him and Smith takes over as the primary option at TE. He’s ready to make the jump in year three, and the only thing standing in his way is the proven-yet-aging veteran in Walker.

Last season, Mark Andrews led all rookie tight ends in receiving yards with 552. Despite the accomplishment, he still has the shadow of Hayden Hurst hanging over him. Hurst, last year’s first-round selection, caught just 13 balls in a rookie season shortened by a foot fracture. Although he’s healthy now, Andrews got a head start on building rapport with quarterback Lamar Jackson.

The Ravens are thin at the wide receiver position so expect to see a lot of both Andrews and Hurst in 2019. This is a position battle worth watching as training camp and pre-season gets underway, but if Andrews wins the starting job, he’ll likely improve on his impressive rookie campaign.

At first glance, a tight end with just 39 receptions doesn’t seem all that appealing. If you break down Chris Herndon’s rookie season, you’ll discover why he’s on the list. It took a while for the TE to develop a rapport with fellow rookie, quarterback Sam Darnold. He only saw 9 targets in his first six games. However, in the final ten games of the season, Herndon saw 47 targets and caught 32 balls for 399 yards and 3 touchdowns.

Expect both Darnold and Herndon to progress in 2019 on an offense that will be improved with the addition of running back Le’Veon Bell and slot receiver Jamison Crowder. Herndon should turn into a reliable TE1 in fantasy football this season and is becoming a popular late-round target in a number of fantasy football drafts.

Pop quiz: Which NFL team had the seventh highest TE market share (percent of a team’s total passing attempts going to the TE position) last season? If you answered the Oakland Raiders with 23.4%, you are a fantasy football savant. Better yet, 101 of those targets went to their TE1, Jared Cook, who is no longer with the team.

Darren Waller looks like the new top option in Jon Gruden’s offense. He’s a converted wide receiver who stands 6’6” and ran a 4.46 40-yard-dash coming out of Georgia Tech. Though the Raiders TE depth chart is still in flux, Gruden recently called Waller one of the team’s most impressive players in OTA’s.

Buyer beware, however, as there are red flags. Waller has already been suspended twice for violating the league’s substance abuse policy. But the fact that the Raiders passed on the opportunity to draft a number of pass-catching tight ends and instead drafted blocking TE Foster Moreau shows they’re happy with what they have in Waller. There’s a sizable risk here, but the reward could be high if Waller puts it all together this season.

This isn’t a deep sleeper as much as a reminder that Hunter Henry was poised to move into the top tier of fantasy tight ends before a torn ACL cost him the entire 2018 regular season. With WR Tyrell Williams and TE Antonio Gates both gone, the door is open for Henry to see the lion’s share of the targets from TE-friendly QB Philip Rivers. He’s a proven red zone target and should be a focal point of a Chargers offense that finished in the top 10 in passing yards per game in last year. Henry will likely cost you a sixth or seventh round pick in standard fantasy football drafts, but he’s a TE1 worth the draft capital.