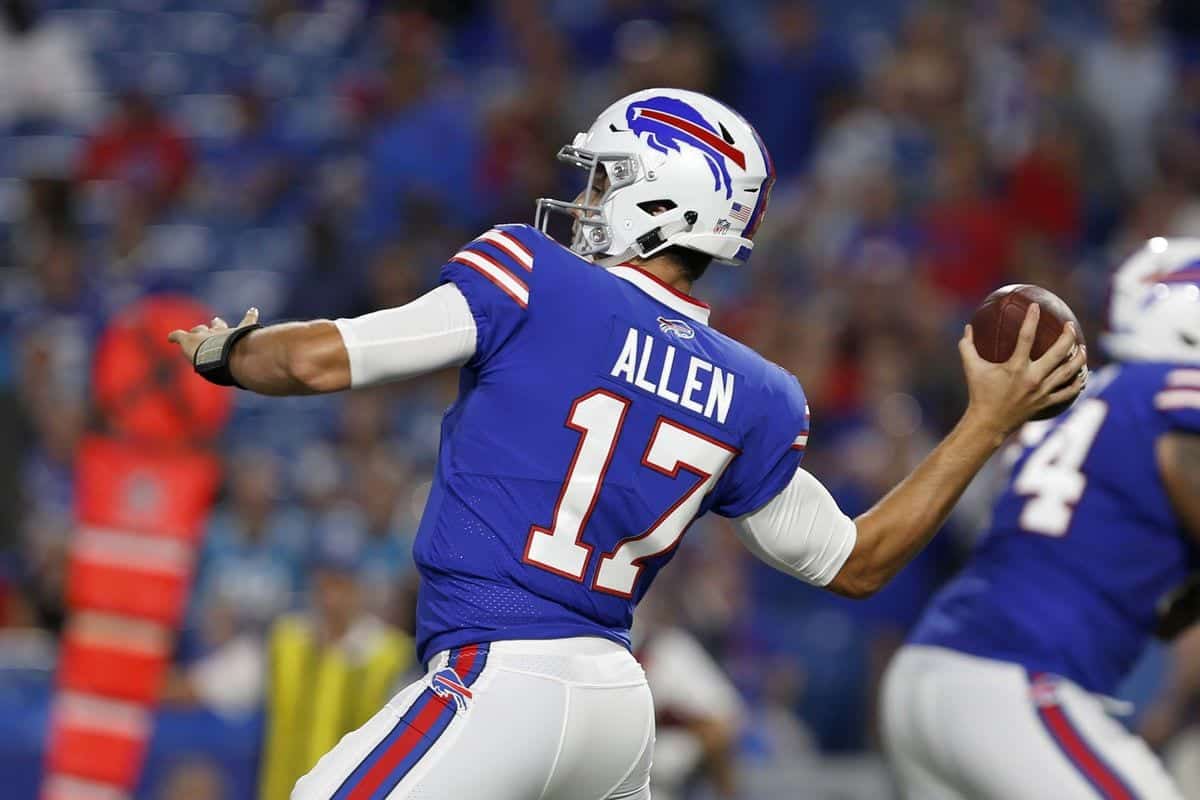 The first round for the 2019 Fantasy Football season is practically set in stone. The next few rounds are simply dependent on what the team in front of you does in a snake draft, or how much you have budgeted for mid-tier players in your auction draft. Alas, it is the later rounds and lower-tier players that set you apart from your fellow fantasy players. These late round fliers can add valuable depth to your bench. In addition, they make your roster maneuverability more flexible or serve as valuable pieces at the trade deadline. Welcome to The Deep State of fantasy football.

This week we’ll examine the most difficult “sleeper” position to predict: the quarterback. The reason? There’s only one starter on each team. Barring any gadget plays, other QB’s on NFL rosters aren’t seeing the field, much less bearing any fantasy relevance. However, we can examine the true value of the position to find a few players that deserve a spot on The Deep State list.

Alright, in this universe, Ryan is not a sleeper candidate. It’s not the player we’re discussing here but rather his draft position. Ryan has posted up elite stats with at least 4,900 yards and 35 touchdowns in two of the last three seasons. Despite this, CBS Sports has Ryan going three rounds later than Andrew Luck and Aaron Rodgers on average in early 2019 fantasy football mock drafts.

Think about the players you could add to your fantasy roster while waiting a couple more rounds to address the QB position and still land Ryan in the process. If the lack of excitement around Ryan lasts until your draft day, snag him up at a bargain price and let your roster reap the benefits.

If you wait for Ryan and miss out, don’t panic. There’s still hope. It comes in the form of Bucs QB Jameis Winston. New head coach Bruce Arians is a bit of a quarterback whisperer. With Arians and new offensive coordinator Byron Leftwich, expect a more aggressive, downfield approach for the Buccaneers offense.

Winston has weapons all over the place with wide receivers Mike Evans and Chris Godwin and tight end O.J. Howard. Lack of a run game should also benefit Winston fantasy owners. The Bucs led the league in passing yards last season while finishing 29th in rushing. They made no significant upgrades at the running back position, so expect more of the same this year, just more efficiency under Arians & Co.

You have to examine Allen’s rookie season in chunks to fully appreciate his value heading into 2019. An initial look at the stats doesn’t look pretty. In eleven starts he threw for 2,074 yards, completing a woeful 52.8% of his passes with a terrible 10-12 touchdown to interception ratio. However, in the final six games of the season, Allen started putting it together. He averaged nearly 25 fantasy points per game, improving his TD-INT ratio to 8-7, and ran for 476 yards and 5 touchdowns.

If that improvement bleeds over into 2019, Allen could be in store for a surprise fantasy season. They also improved the pieces around him this offseason. The Bills invested second and third round picks in the draft on Oklahoma offensive lineman Cody Ford and dynamic Ole Miss tight end Dawson Knox. They also added receivers John Brown and Cole Beasley in free agency. Allen is a definite early stash among the 2019 fantasy football QB class.

Seeing Dalton on any “sleeper” list might make you shake your head. While he’s not going to be a top tier quarterback any time soon (OK, ever), he very well could bump up from un draftable to mid-tier status by season’s end. Recent comments by WR A.J. Green offer some insight into just how stifling Marvin Lewis was to the Bengals offense during his tenure.

In an interview with Chris Simms, Green explained that Lewis wouldn’t allow the offense to show up the defense in practice. Green also told the Bengals team website he expects the new offense to be “high flying” and compared new head coach Zac Taylor’s system to what they ran under former offensive coordinator (now Washington Redskins head coach) Jay Gruden. Dalton’s three years with Gruden culminated with a 2013 season where he threw for 4,293 yards and 33 touchdowns. With a renewed focus on the offense and a host of weapons around him, Dalton could very well approach those numbers once again. He’s a good stash in the final rounds of the draft.