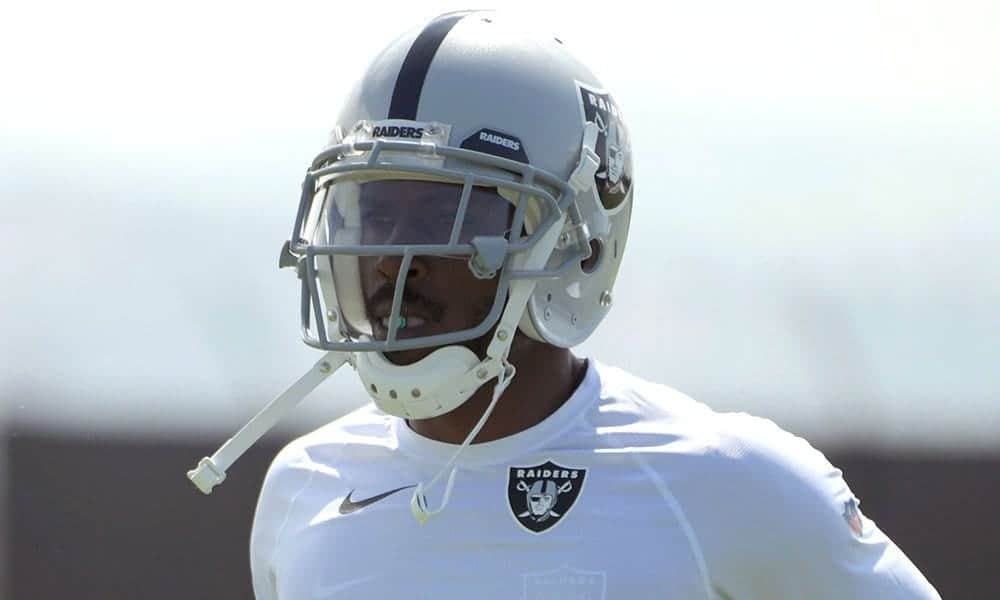 If you haven’t kept up with the news in Oakland, Antonio Brown is stirring up drama once again. Brown is dealing with two issues right now. The two problems involve extreme frostbite and a banned helmet. The two combined have the Oakland Raiders and all fantasy football fans wondering what to do with him. He will be going early in most fantasy leagues, but is he worth the risk? After all, Brown might be losing some critical traits after he bounces back from this drama.

His route running and playmaking ability are what puts him in a tier by himself. However, with extreme frostbite, nobody has a timetable for his return. Most people return from frostbite after 4-6 weeks, which would put Brown back Week 1 or 2 without any preseason snaps. Brown can deal with long-time issues due to this too. He can become more sensitive to cold weather, have numbness in his foot for life, joint stiffness, or even loss of tissue. All of these can affect how Brown utilizes his gameplay against defensive backs.

We will see what makes him an early-round fantasy football sensation as well as what can hold him back.

If Brown bounces back too early and does not rest his foot, he will not be able to run routes the same. For example, here we see him facing a man-to-man coverage against the Cleveland Browns.

Brown’s bread and butter move to get off the line of scrimmage is a hesitate and go. Sometimes he will chatter his feet, and sometimes he will take one step then go. Here he hop-steps to keep the defender flat-footed. Brown cuts hard, slipping behind the linebackers, and is wide open.

Although it is an incomplete pass, Brown is a receiver where you can lead the pass, and he will find it. Brown will find openings and alter his route to go there. Ben Roethlisberger would then throw the pass to the opening and have Brown catch it in stride. For example, Brown runs a corner route in this next clip.

The Browns are running a Cover 2 man. Initially, the safety is on the inside to shut down Brown from breaking inside. Brown instead gets an outside release against the slot cornerback. He has outside leverage before he cuts out to the sideline. The safety now has to sprint so he can get back over the top. By this time, Brown cuts out, and Roethlisberger plants the ball just a bit too far, but Brown ran a perfect route that would’ve put the Pittsburgh Steelers in field goal range.

With the possible loss of tissue, Brown may struggle to make cuts and earn leverage against defenders, strongly diminishing his fantasy football production.

In this clip, Brown is the right slot receiver. He is running an out route while the safety is over the middle and the corner is lined up inside Brown. Once again, Brown alters his route by opening his route out wider than expected. He uses this to restack the defender then cut out for a catch near the sideline. Once again, Brown is led to the sideline in stride. But, with a possible loss of speed, this can disappear, and he won’t have the ability to be led in stride.

This clip will either happen often or never again. Brown is running a deep hitch. He jumps to top speed within seconds and fakes like he is going deep. He then uses his low center of gravity to turn around and create separation.

According to Sports Medicine doctors, extreme frostbite can last up to six weeks. Afterward, a person will recognize if they have permanent damage if anything is still affecting them. With a couple of weeks already gone by, Brown looks to be near tip-top shape, but hard cuts and his full speed may never be 100% again. Hitches, out routes, and slants can be together for him to create space and can cause injury.

The last route running clip is a simple streak. The Atlanta Falcons are in a Cover 1 man. Brown notices the safety is not cheating his way, so he jumps outside. Although he limits his route to the sideline, he can restack the cornerback before the safety can reach Brown. Roethlisberger then places the ball over the safety and corner and puts Brown in stride.

All of these put Brown in a route running tier many people have never seen before. His capability to find the right leverage, break coverages, and find openings for his receivers make him extravagant. Unfortunately, all of Brown’s fans and enemies will not know the impact of the injury until Week 1 or 2.

The frostbite was one issue, but the helmet issue is more significant. Brown has threatened to retire or sit out until the NFL allows him to use his helmet he has used. The latter being the primary concern of fantasy football owners going into the 2019 season.

He has been using helmets made by the Schutt Air Advantage. The Virginia Tech Helmet Ratings gave it a 2 out of 5. The NFL described it as adequate. The Schutt is technically not banned, but it is over ten years old and the NFL believes it is not as safe as helmets in 2019.

Schutt Air Advantages were popular in high school until districts have been trying to update to Riddell. Brown loves his old helmet because it allows him to see the field easier so he can make plays.

Brown will still make big plays, but without his helmet, he will not make as many plays.

In Week 1, Brown made a spectacular back-shoulder catch against rookie Denzel Ward. Ward had great coverage against Brown although Brown tried to catch him flat-footed but failed. Brown kept his route to the corner of the endzone, making a great catch after being able to turn around and locate the ball with the wide opening for his eyesight. He turned around and finished the catch after noticing it was coming to his back-shoulder.

In 2017, Brown made one of the best plays of the season. Roethlisberger threw the ball straight into coverage after Brown ran a wheel route. Brown, however, was able to keep his eyes on the ball and tip it to himself. Brown’s awareness turned an interception into a touchdown.

Lastly, Brown makes a slant route for a few yards into a touchdown. Brown’s speed and helmet allowed him to see all the defenders and stayed down the middle so he can slip free for six.

Personally, I did not precisely have the Schutt Air Advantage when I played. I had a Schutt very similar to Brown’s helmet, and it has excellent eyesight. There are only a couple of bars in the middle that do not affect the sight at all. However, the inside protection was only air. Many teammates and I would get headaches, concussions, and neck injuries.

By the end, we switched to Ridell SpeedFlex helmets. The helmet hindered our eyesight so slightly that it did not make a difference. But, it had gel pads inside and anti-shock protection. The head and neck injuries dwindled tremendously.

Antonio Brown is going early in most fantasy football leagues. In seasons past with Pittsburgh, Brown was a unanimous first-round selection on fantasy football boards. His move to Oakland had dropped his ADP to a late second-round pick due to the uncertainty of the Raiders’ offense.

Brown is still expected to be taken with an early-round selection, but is he worth the risk? There can be many other safe, surefire WR1’s that won’t keep you on the edge of your seat every week. Plus, nobody will know the exact damage of his drama and injury until the regular season starts. Brown will be starting the season with no snaps in the preseason most likely in a new offense and coming fresh off an injury.

It is a tough question to answer, but know all these clips shown above may never happen again if Brown doesn’t return to 100%.

Nick Zeller-Singh is a writer for the Pro Football Network covering the PFN Film Room. You can follow him @zickster21 on Twitter.