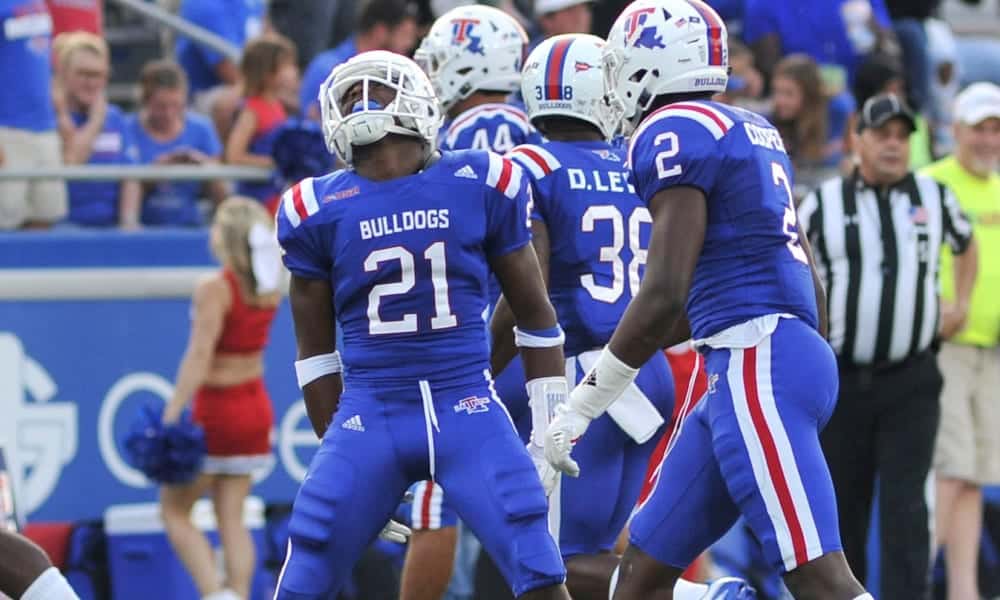 After a day off on Wednesday for Christmas, the college football bowl season continues with two games on Thursday, December 26. The Independence Bowl between Louisiana Tech and Miami (FL) gets the day’s action started at 4 pm ET today from Shreveport. Who will NFL scouts have their eyes on today?

Louisiana Tech comes into this game with a few players that could potentially have a future playing on Sundays. One player who will undoubtedly be drafted is cornerback Amik Robertson, who recently declared for the 2020 NFL Draft, as reported by Tony Pauline.

Robertson is one of the best ballhawks in college football and should develop into an upper-echelon nickel cornerback at the next level. During his three seasons at Louisiana Tech, Robertson snagged 14 interceptions and recorded 48 passes defended. However, as Pauline suggested in his December 11 mailbag, Robertson will not play in today’s game, opting to begin preparation for the NFL Draft.

Outside of Robertson, the Bulldogs might not have any players drafted, but if they do, those players would be offensive tackle Gewhite Stallworth and cornerback L’Jarius Sneed. Both players should be in an NFL camp fighting for a roster spot come August. You won’t miss Stallworth, who stands at 6-foot-8 and weighs in at 320 pounds.

The Miami Hurricanes are coming off of a disappointing season despite a roster littered with NFL talent. Juniors – cornerback Trajan Bandy and defensive end Jonathan Garvin – are both likely to declare for the 2020 NFL Draft. Both are likely to be early selections on day three. Garvin, who has elected not to play in the game today, has an NFL build and could develop into a quality starter in the NFL. Bandy, who will participate in the bowl game, is best suited as a nickel cornerback at the next level.

The Hurricanes’ best prospect might be Virginia Tech transfer Trevon Hill. But Hill will bypass an opportunity to help his draft stock against a weak Louisiana Tech offensive line, electing instead to skip the game today with an eye towards the 2020 NFL Draft. Hill will have another opportunity to showcase his skills to NFL scouts, as he was invited to Reese’s Senior Bowl.

The Hurricanes team MVP in 2019 was senior linebacker Shaquille Quarterman. He isn’t the best athlete, yet he shows a tendency to always being around the football. His teammate, Michael Pinckney, is the better raw athlete; however, he decided to skip the bowl game to prepare for the draft just as some of his teammates did.