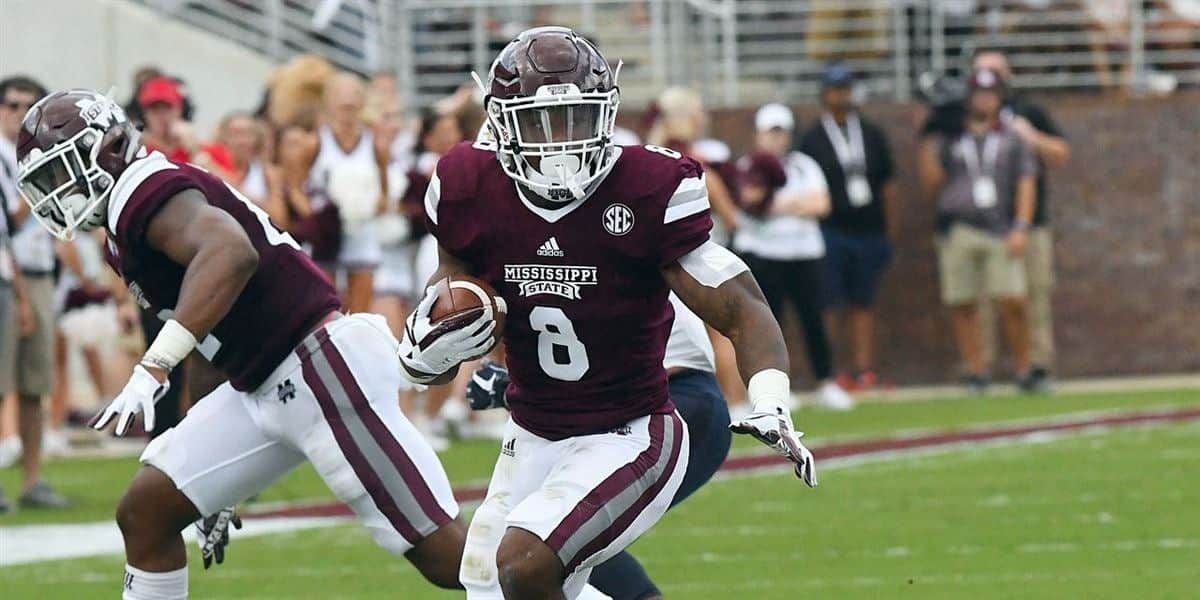 The bowl action continues today with several quality matchups. The Mississippi State Bulldogs take on the Louisville Cardinals in the Music City Bowl while the Illinois Fighting Illini face off against the Cal Golden Bears in the Redbox Bowl. Both kick off at 4 pm ET. But the day gets started at noon ET when Western Kentucky and Western Michigan battle in the First Responder Bowl. For an in-depth rundown on the draft prospects included in today’s slate of games, delve into our preview below!

The Western Kentucky Hilltoppers do not have a roster loaded with future NFL players’ however, they have a few that will be fighting for roster spots in an NFL training camp bear you come August. Recently, they have been “small school tight end U”, as players such as Tyler Higbee and Jack Doyle have went on to have fantastic NFL careers.

Receiver Lucky Jackson is one player to watch. He has tallied 77 receptions for 985 receiving yards and 3 touchdowns in 2019. He is a very productive player, but he has average NFL size and athleticism. Quarterback Ty Storey isn’t a household name, but he has backup quarterback potential at the next level.

The Western Michigan Broncos possess one of the nation’s top offenses. That offense is led by one of the most electric runners in the country, LeVante Bellamy. Bellamy finished the regular season as a top 10 rusher, and will look to add on to his dominant season with a dominant bowl game.

On defense, the Broncos are led by linebacker Treshaun Hayward. Hayward has accumulated 132 total tackles and 5 sacks this year – very gaudy numbers for a player with respectable size and above-average athleticism. Two other defensive players to watch are defensive-end Ali Fayad and cornerback Patrick Lupro. These three defenders will look to slow down the Western Kentucky offense.

The Mississippi State Bulldogs come into this game with a few players that should pique the interest of NFL evaluators. Dynamic runner Kylin Hill leads the quartet of prospects that have next-level ability. A downhill runner with fluidity to bounce it outside, Hill possesses a unique blend of power and size. Given how deep the draft is at his position, Hill can likely be had in the third round.

Chauncey Rivers is another intriguing talent, as he was originally a Georgia commit, spent time at East Mississippi Community College, and was featured on Last Chance U. He’s made the most of his chances with the Bulldogs and his size (6’3, 275) could entice teams to try him inside as well.

Tommy Stevens will be starting for an injured Garrett Shrader at quarterback, and will have a chance to boost his stock ahead of the East-West Shrine Bowl.

There are a few players that scouts will be watching today on the Louisville Cardinals. One prospect is the mammoth of a man that is going to skyrocket up draft boards in offensive tackle Mekhi Becton. Becton plays with dominating power and has the potential to develop into a quality left tackle at the next level. He could be selected as high as the second round.

Other players to watch on Louisville include wide receivers Seth Dawkins and Dez Fitzpatrick, who are draftable players with late-round grades. Fitzpatrick has hauled in just under 600 receiving yards and six touchdowns in 2019.

The Illinois Fighting Illini are enjoying their first six-win season in five years. They’re not the most intimidating bowl opponent, but they’re a tough game and will play all-out until the final whistle blows. Illinois lacks many draft prospects, but the two to keep an eye on are both on the defense.

Linebacker Dele Harding and defensive end Oluwole Betiku are both players with a draftable grade. Harding leads the team in tackles with an astounding 148 total tackles. Harding also contributed three forced fumbles and three interceptions. To add to that, Betiku will be his main running partner. Oluwole Betike leads the team with 8.5 sacks and has a non-stop motor. Both players will look to impact the game against Cal.

If you’re watching this game for any NFL Draft prospects, then pay attention when the Cal Golden Bears are on defense, as that is where all of their NFL talent is.

Leading the way is star safety Ashtyn Davis, who I think is one of the best players at his position in this NFL Draft class. He’s a phenomenal athlete in coverage who isn’t afraid to play run support, despite being a tad undersized. Teams will fall in love after his Combine performance.

Joining Davis are two other defensive backs who I believe are flying under the radar at this moment in safety Jaylinn Hawkins and cornerback Camryn Bynum. Hawkins is a versatile athlete with great ball skills who I think can be an NFL starter at either safety position. Bynum’s biggest knock is his athleticism, but he makes up for it with top-notch instincts and ball skills. I think all three of these DBs can be future NFL starters, which is impressive for one secondary.

Joining these defenders is linebacker Evan Weaver, who I grade lower than the three DBs. Weaver is a physical tone-setter and a leader for the Cal defense. He’s excellent in run defense with his play recognition. He’s just an outdated style of linebacker, as I don’t trust him going up against NFL athletes in the passing game. He needs to have a big Combine to improve his grade from me.