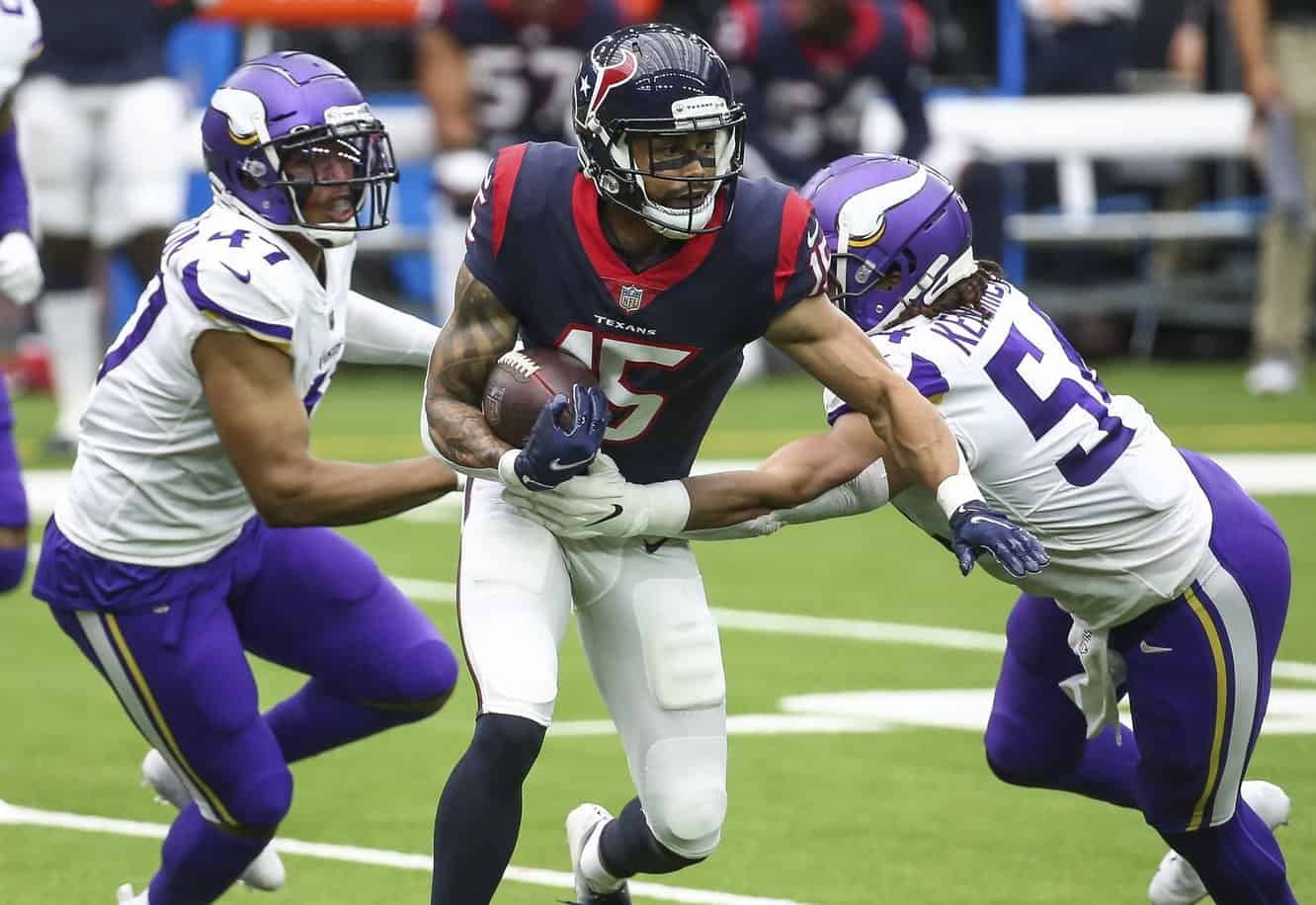 After being suspended during the 2020 NFL season, there have been extremely limited rumors surrounding Will Fuller so far in the 2021 free agency period. With little in the way of public interest, which teams could be considering a move for Will Fuller ahead of the 2021 NFL season?

Update: NFL Network’s Ian Rapoport reported that WR Will Fuller has signed a one-year deal with the Miami Dolphins.

Fuller had already put together the best year of his career before being suspended after 11 games. Indeed, that suspension has now likely impacted his potential market as a free agent. Let’s break down some of the teams that may be interested in Will Fuller when rumors surrounding him begin to pick up.

The Ravens make sense as a potential destination for Will Fuller. Lamar Jackson often gets criticized for his accuracy, but there is little doubting his arm strength. Therefore, putting a deep threat like Fuller opposite Marquise Brown could make for a potent combination. Those two receivers could stretch the field, allowing the likes of Devin Duvernay, Mark Andrews, and Nick Boyle to work underneath.

Additionally, having two deep threats could open up the field for Jackson. Having those two stretching the field would allow Jackson space to use his legs.

The Bengals are reportedly in play for Kenny Golladay. However, if Golladay were to sign elsewhere, adding Will Fuller could have its merits. Tyler Boyd and Tee Higgins are solid receivers, but putting Fuller on the outside would give the Bengals an incredible deep threat with which to operate. Giving Joe Burrow a weapon who can separate like Will Fuller could make for fascinating theater in Cincinnati.

The most potentially terrifying combination of receivers would be if Will Fuller were paired with Davante Adams. Putting a speedy, deep threat receiver like Fuller in an offense with Adams and Aaron Rodgers would give opposing defenders nightmares. The salary cap gymnastics might be tough for the Packers, but they are in a Super Bowl window right now. Thus, the potential move has logic for the Packers.

One of the big talking points coming out of Miami is about getting a receiver with separation. Will Fuller could be that kind of weapon for second-year QB Tua Tagovailoa. While Fuller may not be the big-body, dominant-type receiver that Miami fans were hoping for, but he could certainly make for an interesting piece paired with a rookie in the 2021 NFL Draft.

The New York Jets have been linked with bringing back Breshad Perriman. If they can get the price right, Will Fuller would be a better version of Perriman for the Jets. Fuller could operate anywhere across the formation, where his speed would stretch opposing defenses.

The Tennessee Titans lost two of their biggest weapons in Corey Davis and Jonnu Smith. We saw how Tennessee’s offense stalled in the game against the Green Bay Packers when Corey Davis was out. As a result, the Titans need to look to bring in a weapon who can play opposite A.J. Brown. Putting a field-stretcher opposite Fuller would allow the Titans to have one of the most formidable offenses in the AFC.

What is Will Fuller’s potential market value in free agency?

The lack of rumors around Will Fuller is likely having a detrimental effect on his market value. Spotrac currently has Fuller valued at around $16.9 million on a four-year deal. The players they compare him to are Brandin Cooks, Tyler Boyd, Amari Cooper, and Stefon Diggs. Those four players have an average value of around $15.6 million on a 4.8-year deal.

Across those four, Fuller compares similarly, so he could be looking at a number in the same ballpark.