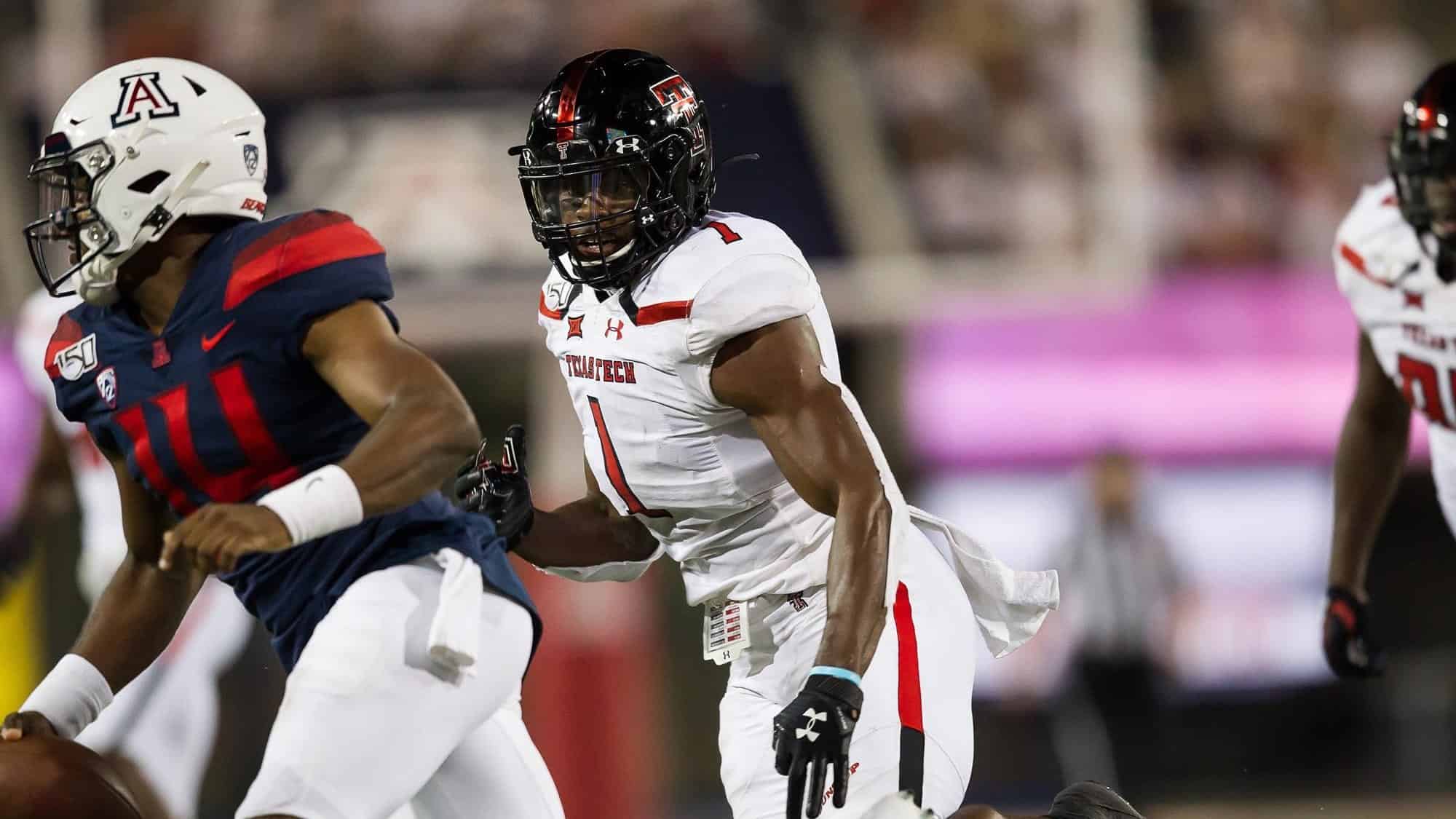 Players that leave via graduation or the NFL Draft forces teams into the “Next Man Up” rebuilding mentality every offseason. In the case of many prominent blue-blood programs, that next man up is a 4 or a 5-star player who might even be more talented than the guy he replaced. Unfortunately, this isn’t the case for many of the schools in the Big 12, and it can take a full season to replace their stars. How will the Big 12 schools replace their brightest football stars?

There were a few other names I could have listed here for Baylor, but Mims is the player I couldn’t see Baylor being as successful with this season. If you’ve followed me for a while you know how much I love Denzel Mims. Mims made clutch play after clutch play (see: TCU) for the Bears all season long. The Bears will lose both Mims and Chris Platt, so replacing depth and the speed of these two will be critical for next season. Sophomore Tyquan Thornton was second in receiving yards last season and seems to be the most immediate replacement for Mims. Thornton is a dynamite highlight reel threat. If he becomes a more consistent target, Baylor will have no issues replacing Mims.

It isn’t easy to replace Big 12 football’s best receiver in 2019, and arguably the best player at his position in school history (Lamb is, in my opinion). But under Lincoln Riley, OU has built an offensive powerhouse, so we know production will come. Oklahoma has rising speedster Charleston Rambo, whose big-play ability flashed early to start the season, but became less noticeable as Hurts began to regress in the passing game.

Behind Rambo is an incredible group of THREE, five-star receivers from the 2019 recruiting class in Jadon Haselwood, Theo Wease Jr., and Trejan Bridges. All three of these young guys are immensely talented and already have a season of development under Riley’s tutelage. There are also rumors that speedy UCLA transfer WR Theo Howard is interested in the Sooners, but so far, nothing is official on that end. Lincoln Riley and the Sooners are in good shape to replace the best receiver in Big 12 football.

Gladney is arguably the best defensive player in the entire conference, so losing him will be a massive blow to the prestige of the Big 12. Reagor is arguably the fastest wide receiver in the conference and is one of the fastest in the nation. How will TCU replace such a star-studded duo for the Big 12? Luckily, they had some young stars rise due to injuries or circumstance this season. At corner, two true freshmen in Kee’yon Stewart and Tre’Vius Hodges-Tomlinson played several games this season, and both flashed serious potential. Stewart would be my bet to replace Gladney as the primary corner, but this will be a fun battle to monitor.

On offense, Taye Barber stepped in as TCU’s WR2 in their lackluster passing offense. While Barber isn’t as fast as Reagor, Barber is still a phenomenal playmaker, as seen by his 65-yard run against Baylor and his incredible back shoulder grab downfield against Texas this season. He’ll take over as the WR1 with Reagor gone and should be a viable replacement for one of the Big 12’s biggest stars. Incoming freshmen like Quentin Johnson and Caleb Menford should also help bolster a lackluster unit.

Duvernay and Johnson were the best 1-2 combination at wide receiver in the Big 12. They were the perfect compliments to each other on the field, with Duvernay’s electric speed and Johnson’s massive frame and stellar contested-catch ability. Both of them are off to the NFL, and each has a case to become a day one or two selection. How does Texas replace such a dynamic duo?

Rising junior Brennan Eagles represents a balance between the two. Eagles is 6-foot-4, so he has the size, but he’s also an impressive deep threat. He isn’t as fast as Duvernay, but Eagles can separate downfield with physicality and size. He’s a top name to watch for the 2021 NFL Draft. Rising sophomore Jake Smith has been called a freak athlete by QB Sam Ehlinger and flashed talented upside in limited playing time this season. Neither one looks like the speedster Duvernay is, but both could replace the Big 12’s dynamic duo.

Brooks has been the Big 12’s biggest surprise breakout player. He flashed ability in his first three years but never built consistency. With Texas Tech’s new coaching staff in place, Brooks finally put it all together on his way to being named a Butkus Award finalist for the best linebacker in the country. Luckily, Texas Tech has another stud linebacker that can replace Brooks in Riko Jeffers. Jeffers was second on the team in tackles, tackles for loss, and sacks and flashed big-time ability in every game. With Brooks gone, look for Jeffers to replace him as a top defensive player in Big 12 football.