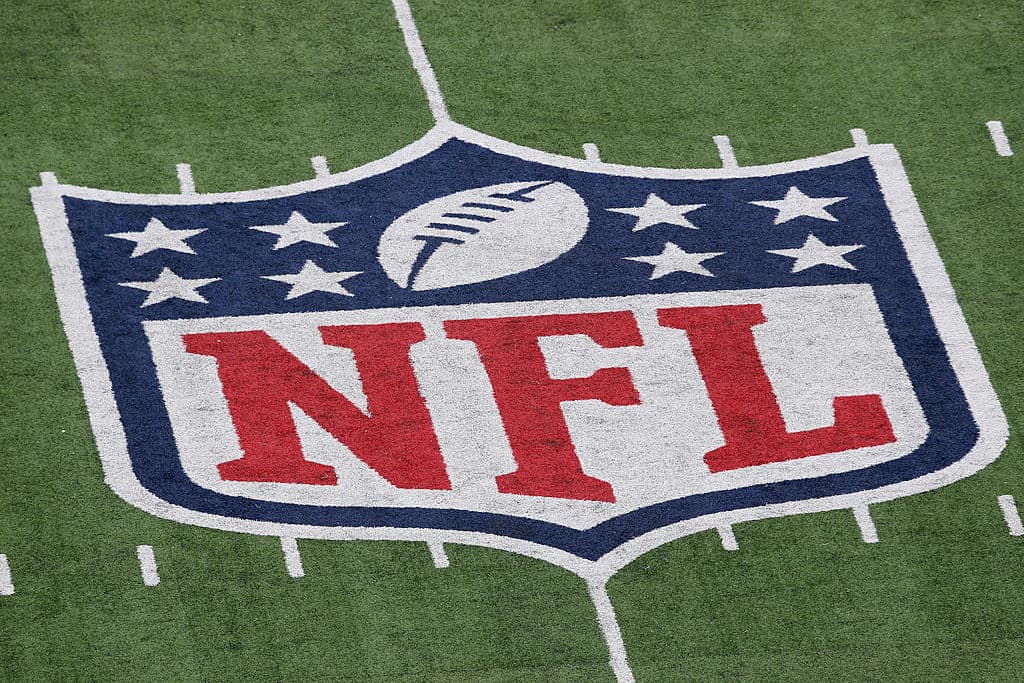 EAST RUTHERFORD, NJ - JANUARY 08: A detail of the official National Football League NFL logo is seen painted on the turf as the New York Giants host the Atlanta Falcons during their NFC Wild Card Playoff game at MetLife Stadium on January 8, 2012 in East Rutherford, New Jersey. (Photo by Nick Laham/Getty Images)
What's in this article? Click to show
What will the NFL schedule expansion impact?
Revenue increase
Fewer injuries

The talk about the NFL expanding the regular-season schedule to 17 games is not just the hearsay anymore. After days of consideration, it’s finally been confirmed by the NFL owners that the expansion will be happening and that we’ll be watching the 17th game as of this season.

While football fans and betting sites will definitely love this change, players’ opinion on it is somewhat divided. After all, it’s more than obvious that the expansion will have a huge influence on the whole NFL world.

In case you’re now totally confused with this change and need some betting insights regarding week 17 or any other sports insights for that matter, check out platforms like the SportyTrader website for useful tips and tricks. But before that, make sure that you go over the text below that briefly summarizes the most important changes regarding this NFL season.

What will the NFL schedule expansion impact?

While the starting day of the regular season will still be September 9, 2021, the expansion will take place at the end of the season, with the last day being January 9, 2022. Also, Super Bowl LVI, which was supposed to take place on February 6, 2022, has been rescheduled for February 13, 2022.

Additionally, the pairings for the last game of the season have also been questioned, as the odd number of games will mess up with the home-away competitive balance. Yet, the NFL has thought this through in advance and decided to maintain the balance over two seasons. In other words, in odd years, the AFC teams will be the home team, while in even years, the NFC teams will take over.

The most obvious reason why the NFL decided to vote for the schedule change is the revenue increase that will inevitably follow the addition of the 17th week to the season. Considering that the NFL utilizes a revenue-sharing system between owners and players, the additional revenue for the extra game should expand the total salary fund.

Nevertheless, as salary is mostly determined by the revenue from the previous season, this added game won’t be quite noticeable until 2022. But knowing that players certainly won’t agree to play an extra game without being paid for it, some provisions for the salary increase must be put in place.

However, these provisions won’t apply to all players but only those who appear to be a part of the roster for the added game. The additional payment will be the average per-game salary based on the first 16 games, but some players have already stated that they don’t think this change is a good idea regardless of the salary boost.

Apart from the revenue increase, the schedule change is supposedly going to decrease the number of injuries on the field. According to general injury data, most incidents and concussions occur during preseason games.

The reason for this is that preseason is usually the time when players who aren’t a part of the starting squad desperately try to show off and make the roster. Unfortunately, this strong desire to prove their worth is exactly what causes injuries, as these players aren’t experienced enough and usually go for the rough play.

By reducing the number of preseason games from four to three, the number of injuries should decrease as well, which is one of the highlights whenever the addition of the 17th game is mentioned. However, since some players don’t think this change is worth the money, we’ll see whether this pattern will actually work once the season starts.