PRO FOOTBALL NETWORKThe NFL is fast. PFN is faster.
More
Facebook
Twitter
ReddIt
Linkedin
Email
What's in this article? Click to show
Lamar Jackson is a must-start, but just how well can we expect him to do against the Browns?
What’s going on with the Patriots running backs?
The latest fantasy news on Washington’s backfield
Is there any new fantasy news on the Detroit Lions backfield now that Adrian Peterson has signed?
What should I do with Ryquell Armstead? How about Chris Thompson?
Alvin Kamara and the trouble for defensive coordinators
Fantasy News and Notes – Week 2

The 2020 fantasy football season has finally arrived. Each week, I will be releasing fantasy news and notes that can help you take down your weekly opponent and climb the fantasy rankings. For this week’s installment, I look at Lamar Jackson and Alvin Kamar’s matchups, as well as break down some other interesting battles in Week 1.

Lamar Jackson is a must-start, but just how well can we expect him to do against the Browns?

The Ravens host the Cleveland Browns in Week 1 and that could be a very tasty matchup for QB Lamar Jackson. The Browns’ defensive weaknesses match up very well for a big day from Jackson.

Here’s why: Cleveland has endured a lot of defections and injuries at linebacker and safety. As a result, their middle-of-the-field defense on the second and third levels is very suspect. Well, Jackson does the bulk of his passing damage in the middle of the field, often to his tight ends. Do the Browns have a good matchup against Mark Andrews? I don’t think so.

We know that the true fantasy value of Jackson and why so many people took him as high as they did in their fantasy football draft is his amazing ability as a runner. While Cleveland has some decent athletes at linebacker and safety, there isn’t a top-notch player in the bunch or anyone that rivals Jackson when he decides to take off with the football. Lastly, the Browns’ pass-rush is much better off the edge than up the middle.

But the Ravens’ offensive line is much better at tackle than it is at guard and center. Jackson’s young wide receivers might be primed to take a step forward this year as well. Jackson should start the regular season with a bang.

What’s going on with the Patriots running backs?

In the past, this has always been a situation to avoid. Bill Belichick has usually employed a big, pounding runner (think LeGarrette Blount), as well as basically a pure receiver like James White. While these two would report to the same positional meeting room, they really couldn’t be any more different.

The problem with this approach is that New England’s backfield could be too much of a run/pass tell to the defense. Last year’s third-round pick, Damien Harris, looked like he had grabbed the top job in the Patriots’ backfield, but he is now on injured reserve to start the season.

What role will Sony Michel have?

Could this open the door back up for Michel, and is Michel someone you want on your fantasy football team? When New England drafted Michel in the first round of the 2018 draft, he looked like a multi-dimensional player that could potentially be an every-down player. But the reality is that Michel has been very underwhelming and basically a non-factor as a receiver.

Predicting what Belichick will do, especially with Tom Brady now in Tampa Bay and Cam Newton as the Patriots new starting quarterback, is an act in futility. But we do know that White is a very dangerous receiver. He isn’t a running back that can withstand the load though, especially with the Patriots potentially going to more heavy sets and more power runs.

Maybe Rex Burkhead even factors in as a guy that can do a little bit of everything. The Dolphins are traveling to New England to open the season and at least for the short term, we should expect Michel to grind out tough yardage in a very unspectacular fashion and White to keep his usual role in the passing game.

In fact, White could be in line for the most receptions of his career and might even push Julian Edelman as New England’s receptions leader for 2020. For fantasy purposes, White is extremely appealing. Michel is someone you shouldn’t get too excited about and Harris is somewhat forgotten in the fantasy community, but should still be very much on your radar for the future.

The Washington Football Team released Adrian Peterson, who was quickly picked up by the Detroit Lions. In Peterson’s wake, Washington looks to be turning to two talented, but unproven youngsters in Antonio Gibson and Bryce Love. While this is intriguing, it also leaves the Washington backfield with a ton of room for error.

So, what’s the latest fantasy news coming out of Washington?

Gibson is a rookie and barely played the position at the college level, only logging 77 touches. Washington drafted him in the third round because Gibson is an extreme playmaker with the ball in his hands and could really develop into an all-around weapon. There is a lot of upside with Gibson for sure. But can he pass protect? Does he understand the basics of the running back position?

Related | Can Antonio Gibson be a fantasy starter in 2020?

Love was Christian McCaffrey’s successor at Stanford and had similar success at the college level before suffering a serious knee injury in his final college game. He basically red-shirted last year in Washington, but waiting on him could pay off for this team. This is very much a situation to monitor, but it would take a real leap of faith to put either Gibson or Love in your starting lineup right now.

Plus, J.D. McKissic and Peyton Barber are boring options, but reliable – something Gibson and Love can’t yet say as neither has even touched the ball in the NFL. And a little side nugget – Dwayne Haskins very well could throw the ball a lot more than most fantasy owners realize this year.

Is there any new fantasy news on the Detroit Lions backfield now that Adrian Peterson has signed?

As for Peterson, he looks like Kerryon Johnson-insurance in Detroit. The Lions offseason moves haven’t shown much faith in Johnson, something you absolutely should be taking note of. It looks like Peterson will factor in this week and still is putting quality play on tape, but overall, his addition just further muddies Detroit’s running back situation. Washington hosts Philadelphia, while the Bears visit the Lions. Neither is an appealing matchup.

Many didn’t see the release of Leonard Fournette coming and when it did. But it makes sense that Jacksonville, who wasn’t going to retain Fournette after this year, wanted to see what other players at the position could do. Well, Fournette is in Tampa Bay and his expected replacement on the depth chart, Ryquell Armstead, is now sidelined for a few weeks on the COVID-19 list.

You would think that doesn’t leave much for Jacksonville at the running back position…and you wouldn’t be wrong. Still, this is an outstanding opportunity for Robinson, who is listed as the starter, as well as Devine Ozigbo. Maybe one of these two seizes the opportunity, but chances are very strong that Robinson and Ozigbo share carries in some sort of rotation.

What should I do with Ryquell Armstead? How about Chris Thompson?

If you’ve been scouring the web for fantasy news, you likely have read many articles on Armstead. And still, you may be unsure of what to do. That said, those holding onto Armstead, which isn’t a bad idea in deep leagues, will be hoping that these two don’t stand out…which again, seems very likely.

Armstead has a better combination of speed and power than either Robinson or Ozigbo. But the real guy to watch in Jacksonville’s backfield is Chris Thompson, who new offensive coordinator Jay Gruden is very familiar with from their time together in Washington.

Thompson’s injury history is terrifying for fantasy owners, but when healthy, he is a superb receiving threat and it is probably safe to say that Jacksonville will be playing from behind a great deal this year and will be forced to throw. That fantasy production will go to Thompson.

Related | Is Chris Thompson the back to roster in 2020 fantasy football drafts?

But this week, the Jaguars host Indianapolis and while they are obviously underdogs, fatigue and conditioning after a condensed training camp could be a real issue for the Colts defense especially in the Jacksonville heat. Maybe the Jaguars hang around in this contest and we see a long look at both Robinson and Ozigbo.

Still, you would have to be in pretty desperate shape to have Robinson or Ozigbo in your fantasy football team’s Week 1 starting lineup. Hopefully, you left your fantasy drafts in better shape than that! Don’t forget about Armstead.

Alvin Kamara and the trouble for defensive coordinators

The talk that New Orleans could even listen to trades for Kamara never made sense. No team has been in it to win it like the Saints over the past few years and in what could be Drew Brees’ final season, and by no means would New Orleans ship out Kamara.

In fact, with all respect to Michael Thomas, Kamara is the Saints’ most difficult offensive player for opposing defenses to play against with his unique combination of running and receiving talents. Kamara played much of the 2019 season injured and didn’t show his usual remarkable balance, cutting ability, and burst.

Well, all of that should be back now, and while Kamara might not get the number of carries as some of the other premier fantasy running backs, his touches in Sean Payton’s offense are remarkably efficient and effective.

The Tom Brady-led Buccaneers come to New Orleans in a Week 1 game that could already have major playoff implications. It is also a game that shouldn’t lack for offense and scoring. It is all systems go with Kamara, who has a good chance of being the top-scoring player at his position in Week 1.

Be sure to check back here on Pro Football Network every Thursday throughout the fantasy football season as I unload my notebook with the latest fantasy news and notes for the upcoming week. I’ll be back next week with my Week 2 notebook. 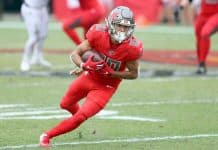 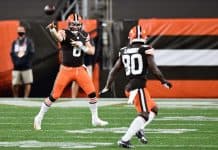 Baker Mayfield bounces back with a stellar performance in Week 2 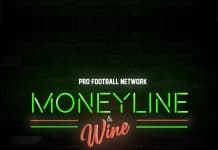