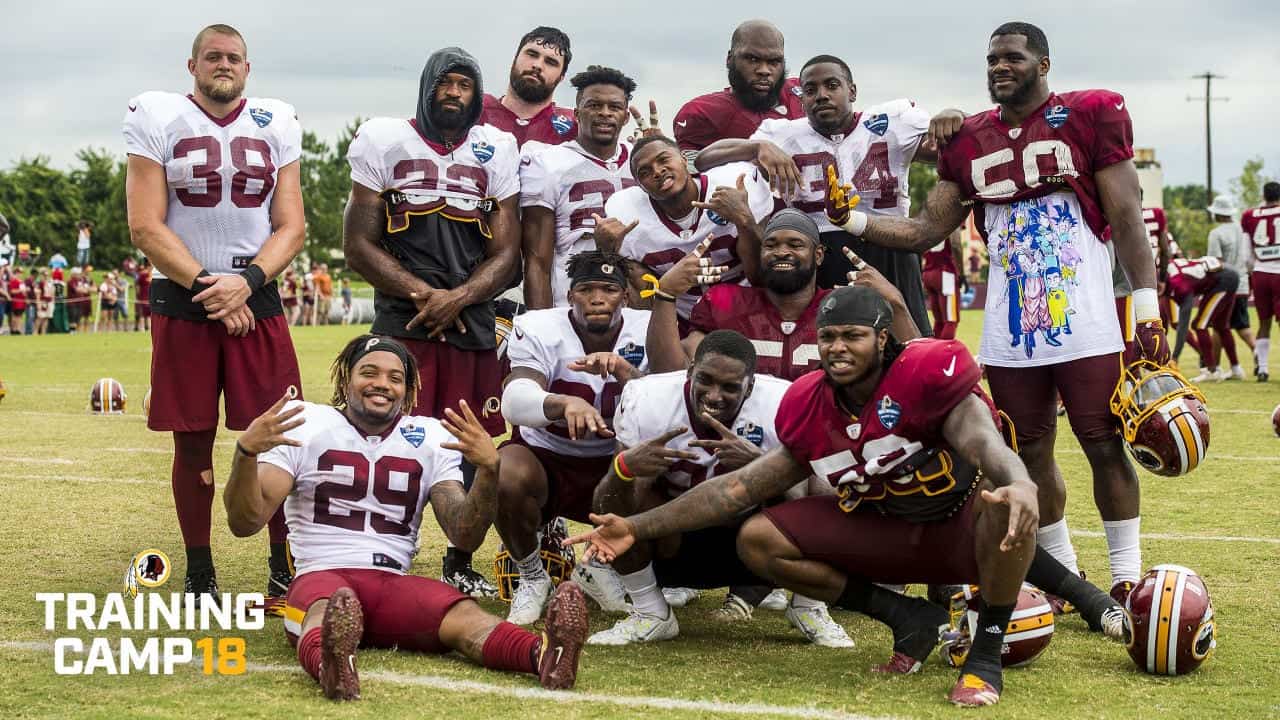 With the NFL Draft now concluded, we know who the next wave of Washington Redskins will be. What we don’t know, is how many games we should expect each draft pick, now rookies, to play in.

The Washington Redskins added 10 players through the Draft, and it’s reasonable to assume each one makes either the 53-man roster. Each player was brought in because they could benefit the team, so I expect every pick to see some playing time.

While I thought this was a great draft class for the Redskins, I don’t necessarily think it will provide multiple starters immediately. Outside of the two first round picks, I don’t really view any of these players as day one starters. However, each one can provide value both with the depth they provide and their ability on special teams.

So how will these rookies and their game fair?

Dwayne Haskins can fall on both sides of the spectrum. Don’t be surprised if he wins the job in training camp and ends up the day one starter after being drafted in the first round.

However, it’s plausible he sits the season because the team performs well with Case Keenum running the show.

If the team were to get off to a slow start with Keenum, the fans, the media, and the front office would call for Haskins to start. If this were to happen, my best guess is that it would be after a 1-4 start through the first 5 weeks and Haskins makes his first career start week 6 at Miami.

Sweat is the player I feel most comfortable slating as a 16 game starter from this class. This is because he’s the most talented player in the competition for starting right outside linebacker. With elite traits, Sweat possesses the physical tools to be successful immediately in the NFL.

Sweat is the obvious choice to start across from Ryan Kerrigan. Those to on the edge combined with the three-headed monster the Redskins have created in the interior could compete to be the best defensive front in the entire NFL.

Scary-Terry probably won’t start many games this season. However, I can guarantee that if he stays healthy, he will see the field every week. McLaurin is a rare player on special teams. Arguably the best gunner in college football during his career at Ohio St. What he brings to special teams will be pivotal in his active status every week.

While I think special teams is his greatest contribution immediately, he’ll still provide value as a receiver. 4.3 speed isn’t taught, add that to his technician like approach to the game, and you have a weapon. I expect McLaurin to see the field more if Haskins does end up the day one starter.

Love is a pick with huge upside, but for the future. Don’t expect much from him this season. Multiple obstacles are in front of Love’s path to the field. Whether it be his own recovery from a torn ACL, or the already crowded Redskins backfield.

Love should look to spend this season recovering and learning how to be a pro. Then, when ready he can join the team for a potential playoff push late in the season. Otherwise, don’t expect to see him until 2020.

Martin could be the surprise starter for this class. I hadn’t done much research on him prior to the draft. However, after going back I can understand why the scouting department likes him so much. Long term starter who was very efficient in pass protection. Martin also has good size and strength for the NFL.

The left guard position has been one in flux for years, and I believe the team thinks Martin could be a potential answer. The Redskins have had success with mid-round offensive lineman in the past. Will be interesting to see how this one plays out.

Redskins had to get their ‘Bama guy. They also needed to add more to the interior offensive line depth. Pierschbacher brings versatility and experience from his time at Alabama.

Well coached and nasty, Pierschbacher should be a strong backup for the next 4 years. He should also be a spot starter if anyone on the interior were to get injured. Quality depth at a thin position is never a bad thing to have.

Holcomb has elite tools and great production. A common theme in this draft class. I don’t expect Holcomb to make any starts this season, but his athletic ability should get him on the field for special teams.

Harmon was the best value pick in the entire draft according to my board. A top 32 player and my second-ranked receiver, Harmon fell due to concerns about his separation in college. But when you play like him you don’t need 4.3 speed. Harmon is a dominant X-receiver who has strong hands and wins when the ball is in the air.

Harmon has a similar skill-set to Josh Doctson so it will be interesting to see how that battle plays out. I expect Doctson to be the starter this season, but I don’t expect him to be here after that. Due mostly to the presence of Harmon.

Similar to Harmon, I really like Moreland but I don’t expect him to beat out a veteran this season. His time will come when Josh Norman depart’s and Moreau moves to the outside. Moreland projects best as a nickel corner, and I think that’s where he plays.

My guess is Brailford spends the season developing on the practice squad. He’ll spend time developing his game because he has high athletic upside.