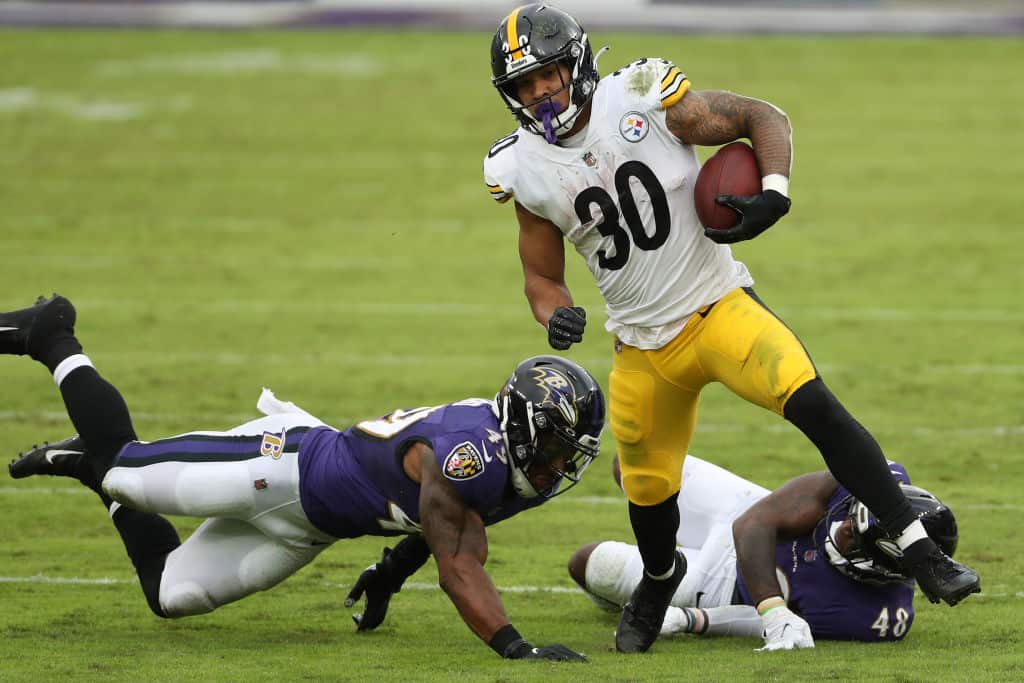 Has this game been postponed, and if so, who plays the NFL Thursday Night Football game tonight in Week 12? The Baltimore Ravens were supposed to face off against the Pittsburgh Steelers in a Week 12 rivalry game. Unfortunately, even though the game was only a day away, medical concerns have forced the NFL to move this game. Originally, the Ravens vs Steelers have been postponed to Sunday afternoon but has since been postponed to next Tuesday, December 1st.

Who was supposed to play on Thursday Night Football tonight in Week 12?

So who plays Thursday Night Football this week? The answer, no one. The Steelers and Ravens game had been postponed to Sunday afternoon due to medical concerns but has since been pushed back to Tuesday evening. The Ravens had to cancel practice Tuesday due to outbreak concerns, and the NFL didn’t feel it was safe to play Thursday night.

The Ravens have lost three of their last four, including a loss to the 4-6 Patriots. Their struggles start and end with Lamar Jackson. The reigning MVP has struggled this season. Teams have done a better job keeping him in the pocket, and they’re forcing him to beat them with his arm. The Ravens are just 3-3 in games where Jackson has thrown at least 25 passes, and two of their wins came against teams with records under .500.

Look for the Ravens to try and beat the Steelers on the ground. A tough task, as the Steelers allow the seventh-least yards on the ground per game. They don’t have much choice in the matter; they just aren’t the same team when Lamar has to throw them to victory.

Even though the NFL postponed this game, the Steelers’ offense should still be electric. JuJu Smith-Schuster, Chase Claypool, Eric Ebron, and James Connor give Ben Roethlisberger a ton of options. Even against one of the best defenses in the NFL, the Steelers can beat the Ravens a number of ways. They proved that in their first matchup when they put up 28 points in their win over the Ravens.

Look for the Steelers to stay undefeated. They match up too well with the Ravens for them to drop this game, especially at home.

This matchup is a tough one for the Steelers’ passing game when it comes to fantasy. The Ravens allow the fifth-fewest fantasy points to receivers this year and their Defensive Points Allowed Consistency Score (D-PAC) ranks 27th in standard scoring and 21st in PPR scoring. However, given their productivity this year, it is hard to imagine benching Chase Claypool and Diontae Johnson in this Week 12 matchup. JuJu Smith-Schuster is perhaps a name to consider leaving on the bench, given he has had problems with an injury during practice this week.

The Ravens also rank 21st in D-PAC against opposing QBs. However, after the struggles of the Steelers’ run game in their previous matchup, the volume may be enough to give Ben Roethlisberger starting fantasy value in all formats. Both James Conner and Eric Ebron draw tough matchups, but with scarcity at both positions, it is hard to imagine sitting either.

The Steelers defense is stout. They’ve allowed the least amount of points to quarterbacks as well as the second least to running backs and tight ends. Starting any Ravens’ offensive weapon from those groups would be a gamble. With the potential of an expanded role this week, Gus Edwards may offer fantasy viability purely from a volume standpoint, and it is always hard to bench a tight end of Mark Andrew’s quality.

However, the Steelers’ defense does allow a decent amount of points to wide receivers. Marquise Brown is the standout name but has struggled in 2020, ranking 67th in Pro Football Network’s Consistency Score. Willie Snead has averaged over six targets per game in the last four games and racked up five receptions for 106 yards in the matchup between these two teams in Week 8..