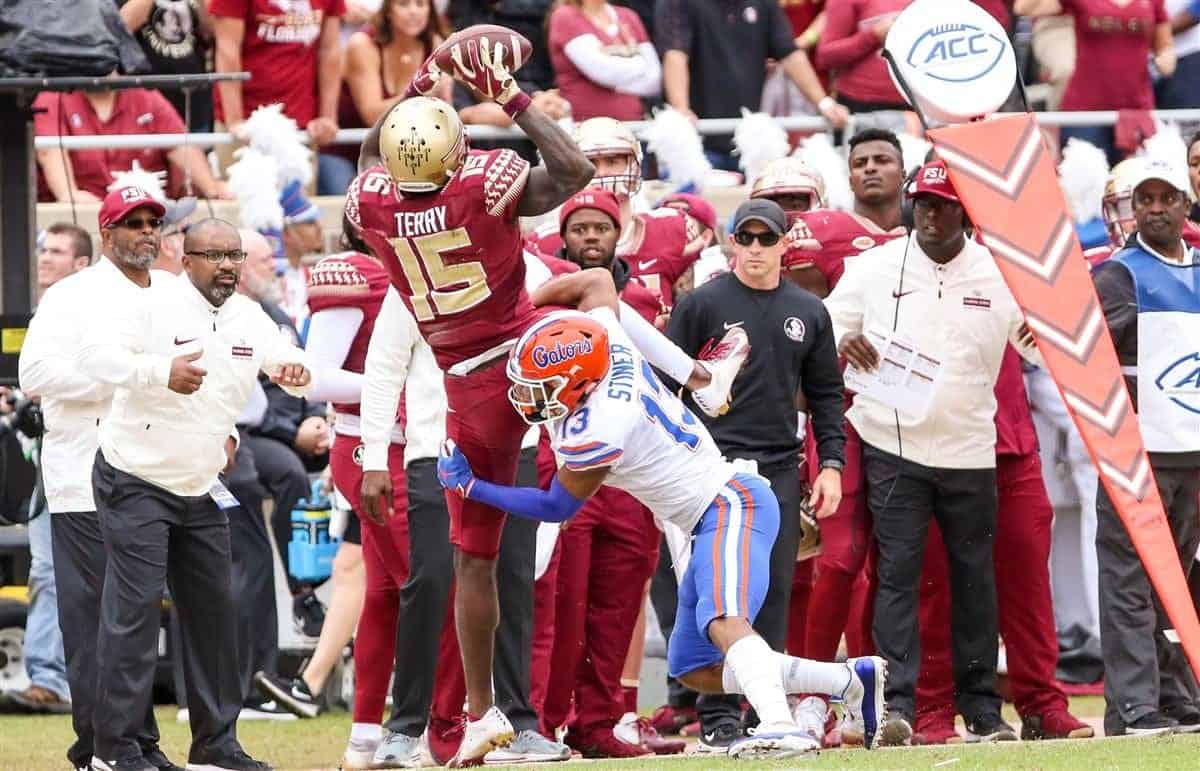 With bowl season winding down, underclassmen with varying dynasty stock across the country are weighing whether they should enter the 2020 NFL Draft or not? With an extremely deep draft at both wide receiver and running back, the decision to return to school or enter the draft could make or break careers.

Fringe NFL Draft prospects have to be especially careful, knowing the talent available in this draft class compared to 2021. And we’re not saying that the 2021 NFL Draft is devoid of talent, it’s just that the 2020 NFL Draft is one of the most loaded skill position drafts in recent memories.

While there are still plenty of dynasty prospects weighing their options until the January 17th deadline, multiple underclassmen have already announced their intentions to return to school in 2020 as a way to improve their stock. Here are three underclassmen prospects with the opportunity to enhance their dynasty fantasy football stock moving forward.

After announcing his intentions to return to Tallahassee next season, Florida State wide receiver Tamorrion Terry went bonkers in the Seminoles 20-14 bowl game loss to Arizona State. With Cam Akers, Eno Benjamin, and Brandon Aiyuk sitting out to avoid injury, Terry was the most talented player on the field in El Paso, Texas.

With Florida State’s offense lacking talent on both the offensive line and at quarterback, the underclassmen will have his work cut out for himself trying to raise his dynasty stock in 2020. Luckily for Terry, new Seminoles head coach Mike Norvell has shown the ability to get the most out of his offensive talent.

Since joining Memphis in 2016, Norvell’s top wide receiver averaged 1,335 yards and 12 touchdown receptions per season. Some of these numbers might be skewed by Anthony Miller, averaging 1,448 and 16 touchdowns over his final two seasons in Memphis. Still, Norvell has been able to maintain that success with wide receiver Damonte Coxie.

Oklahoma State wide receiver Tylan Wallace was on pace for a second-consecutive standout season in Stillwater before a non-contact knee injury suffered in practice ended his season prematurely. Before his injury, both Wallace and teammate Chuba Hubbard led the nation in receiving and rushing yards, respectively.

Even in a shortened 2019 season, Wallace still led the Cowboys with 53 receptions, 903 receiving yards, and eight touchdown receptions. It’s the second consecutive season of pacing the Cowboys in receiving after his dominating 86-1,491-12 TD performance in 2018.

Wallace’s return to Stillwater, Oklahoma is more about his injury than any on-field improvement that needs to be made. Instead of taking the risk of slipping in the 2020 NFL Draft, Wallace decided to use 2020 as a way to improve his draft stock for next season. Once Wallace shows he’s fully returned from his knee injury, his 2021 NFL Draft stock is sure to rise back close to where it was pre-injury.

Penn State tight end Pat Freiermuth was one of the first prospects to announce his draft intentions all the way back on the final weekend of the regular season. The underclassman with increasing dynasty stock announced his return on Twitter not long after the Nittany Lions 27-6 victory over Rutgers.

Freiermuth is a unique prospect in the sense that he’s one of the rare players that became draft-eligible after only two seasons in college. Freiermuth is three years removed from high school thanks to a year in prep-school, so the sophomore was technically eligible to enter his name into the 2020 NFL Draft mix.

While the young tight end could certainly use another year of polishing in college football, it is a bit of a surprise that Freiermuth never even considered entering the TE-weak 2020 NFL Draft. While there aren’t any standout tight end prospects this year, Freiermuth will be competing with Florida’s Kyle Pitts and Miami’s Brevin Jordan, among others for TE1 status in next year’s NFL Draft.