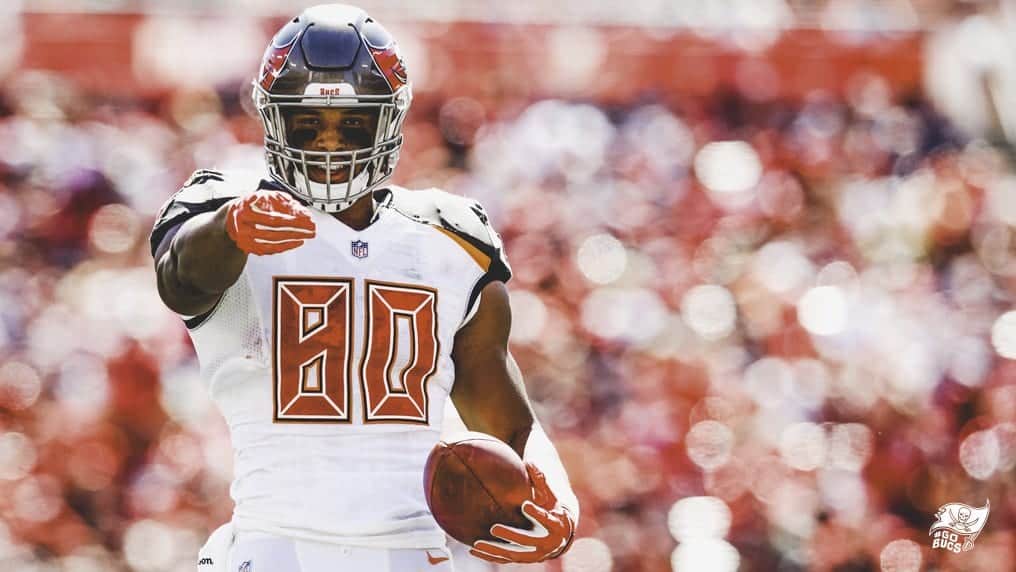 Buccaneers.com
What's in this article? Click to show
Tampa Bay Buccaneers tight end O.J. Howard is one of the most talented players in the National Football League. After seeing both of his first two seasons end prematurely, Howard is ready to take over the NFL.
Making the most of limited opportunities
The Bruce Arians factor
Moving up the food chain (targets)
Projected statistics

Tampa Bay Buccaneers tight end O.J. Howard is one of the most talented players in the National Football League. After seeing both of his first two seasons end prematurely, Howard is ready to take over the NFL.

The Buccaneers selected Howard with the 19th overall pick in the 2017 NFL Draft. Since he stepped onto the field as an NFL player, you could notice immediately how Howard physically and athletically looked superior even as a rookie. At the University of Alabama, it was a mystery why Nick Saban and offensive coordinator Lane Kiffin didn’t utilize their talented tight end more often. At 6-foot 6 and 250 pounds, with a 4.5-second forty-yard dash, it seemed like a no-brainer to get him the ball more. Wait, did I say Lane Kiffin? That makes more sense now.

Making the most of limited opportunities

His rookie year, Howard faced almost the same type of neglect from the coaching staff as he did at Alabama. In 14 games before his season ended after an ankle injury, Howard had a whopping 39 total targets. An average of just 2.5 per game. Howard still managed to finish with 432 receiving yards and 6 touchdowns despite the shortened season and lack of opportunities.

It was never a matter of Howard not getting open, not knowing the playbook or anything of that sort for Howard. You see, the Buccaneers have had a very underwhelming offensive line the past few years. That meant Howard’s size and strength was used more as a blocking tight end and an extra lineman. When Howard had the opportunities in the passing game, it resulted in a quarter of his receptions ending up in the endzone. As a rookie, his 16.6 yards per catch (YPC) ranked first in the league for tight ends. Compared to all skill positions, Howard was 7th in YPC behind known speedsters such as T.Y Hilton, Travis Benjamin, and Marquise Goodwin.

Howard’s sophomore season was filled with ups and downs as well. There was more poor usage from the coaching staff, and unfortunately, another ankle injury that ended Howard’s season after only ten games. He was on pace for a record-breaking year and his first Pro-Bowl and potential All-Pro selection. Starting just eight games last season, Howard totaled 565 receiving yards and five touchdowns. He got those statistics in another year of low target share and only 34 receptions. Howard once again averaged another 16.6 yards per catch. And he was once again first among all tight ends and ranked 7th in the league against all skill positions. Talk about consistency from a young talented player.

Using Pro Football Network’s exclusive Offensive Share Metric  (OSM), Howard was the top tight end in the NFL relative to the success of his own offense. What this means is that Howard was more impactful in the Tampa Bay offense in terms of his separation, yards after the catch, and other factors in helping the ease of his quarterbacks compared to other tight ends in their offenses.

Going into the 2019 season, Howard already has all the tools and play-making ability to become a star. He has shown he can play in line, play off the line, an H-back type role, be split out as a detached tight end, and out as a receiver in the slot. What is going to catapult Howard next season is being more involved in the game plan, gaining more opportunities, and more creativity from his head coach and offensive coordinator. Enter the gift of Bruce Arians.

What Howard has been able to accomplish with limited games and limited opportunities has been very impressive. The scary part, however, is that he hasn’t even scratched the surface of what he can become. Arians talked glowingly on how he feels about Howard and how excited he is to get his hands on him. Larry Fitzgerald is an example of how Arians uses creative ways to get his best players the football. Moving Fitzgerald to the slot and creating more mismatches is the same way I can see Arians using Howard. You can also put money on Howard’s targets being much higher than the 3 and a half per game he has averaged the past two years.

Moving up the food chain (targets)

Tampa Bay parted ways with two of their top four receivers last season. Adam Humphries (105 targets) signed with the Tenessee Titans in free agency. Desean Jackson (74 targets) was traded to the Philadelphia Eagles. A total of 179 targets are now up for grabs, and I imagine a nice chunk of that will be heading toward Howard.

If Howard even takes over Jackson’s target share from last year, which was 4th on the team, that would be nearly double what he has ever seen. However, Howard, as we mentioned, is understood to be at least the 3rd in line for targets. As the 3rd most targeted player last year, Chris Godwin collected 95 targets on a team that had seven skill players with over 40 targets. If we were to split the extra target share available and add a modest third towards Howard, he would be looking at 108 targets.

Being conservative and taking Howard’s current catch rate of 70%, we would be looking at a season with 76 receptions, which is more than double what he had last year in just half a season. It is safe to assume that number would be a floor for Howard. Now if we take his career average of 16.6 YPC, Howard is sitting with 1,261 receiving yards. Going a step further and considering his current 18% touchdowns per reception, you are looking at 14 touchdowns.

We can determine that a floor for Howard next season could be 76 receptions, 1,261 yards, and 14 touchdowns. With everything I have seen on tape from Howard and what I believe this coaching staff has in store for him, I would say this would be only a sample of the potential that Howard has. Buccaneer fans should be excited.