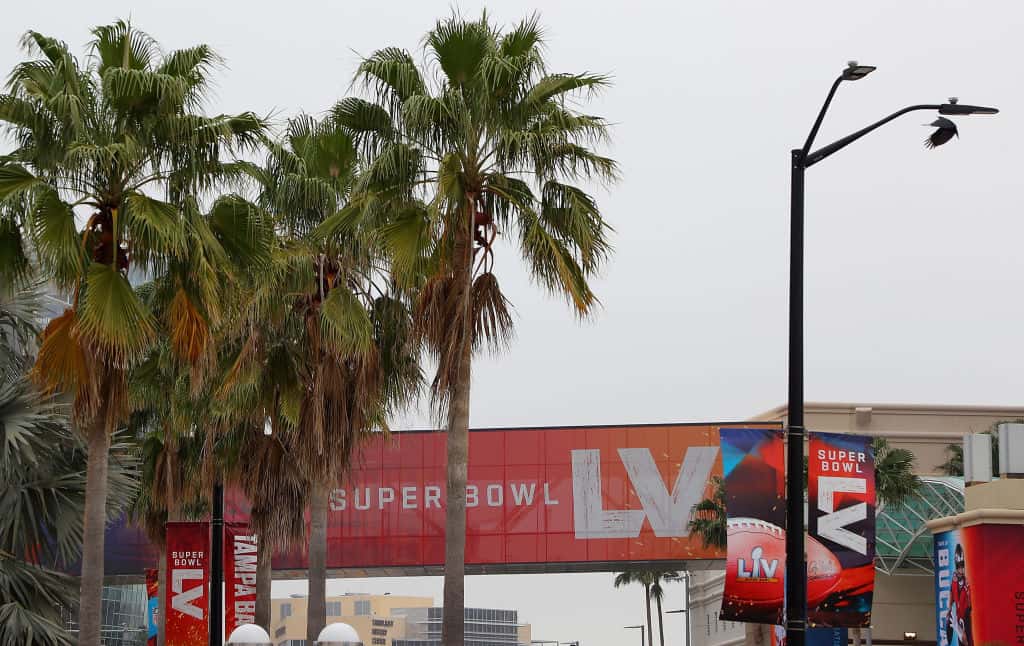 We finally made it, and honestly, I am still not sure how we did it. For one last time, we break down the NFL weather forecast and report for Super Bowl LV between the Tampa Bay Buccaneers and the Kansas City Chiefs in Tampa, Florida.

If there is one thing we don’t want to see, it is a wet football game. Yet, ask any Florida resident, and they will tell you the forecast can change instantly. I am sure even Tom Brady could speak on that now after relocation before the 2021 NFL season.

It has been some time since we have seen a wet Super Bowl. Usually, the NFL tries to play either indoors or in a location with typically clear weather forecasts. In recent history, the most notable wet game would be back in 2007 for Super Bowl XLI in Miami — that game is remembered for a few reasons.

It was the first Super Bowl to have African-American head coaches face off. Tony Dungy coached Indianapolis with the Chicago Bears lead by Lovie Smith. Second, this was where Peyton Manning finally won his first Super Bowl. Almost fitting for an indoor QB to win it in the rain. And third, it had the most incredible Super Bowl halftime performance ever when Prince performed Purple Rain in a sheer downpour.

Please note that all times are eastern standard time, and the NFL Super Bowl weather report for Tampa Bay, Florida will be updated if any changes happen from the time of writing up until kickoff.

The NFL weather forecast for the Super Bowl is based on information from the National Weather Service.

Honestly, this season we have gotten fairly lucky as far as the weather forecasts have been concerned. We had one week of widespread rain on the east coast, and then Cleveland sucked. Well, okay, that one is normal.

As for the Super Bowl LV weather, the reports have been mixed, even as of today. There is a solid chance for rain early in the day and into the afternoon. If this were a typical Sunday 1:00 PM ET kickoff, it would be wet.

A thunderstorm will linger in the Tampa area until around 2:00 PM ET. From that point on, we see the forecast starting to clear up around Raymond James Stadium.

By the time kickoff at 6:30 PM ET hits, chances of precipitation are down to 10 percent. The gusty winds of 20 mph from earlier will also die down. Expect to see winds around six mph for the game, along with cooling temperatures. With a high of 72 degrees, temperatures will drop to 65 degrees for kickoff.

So long as the weather forecast holds, Super Bowl LV should not be impacted by weather at all.