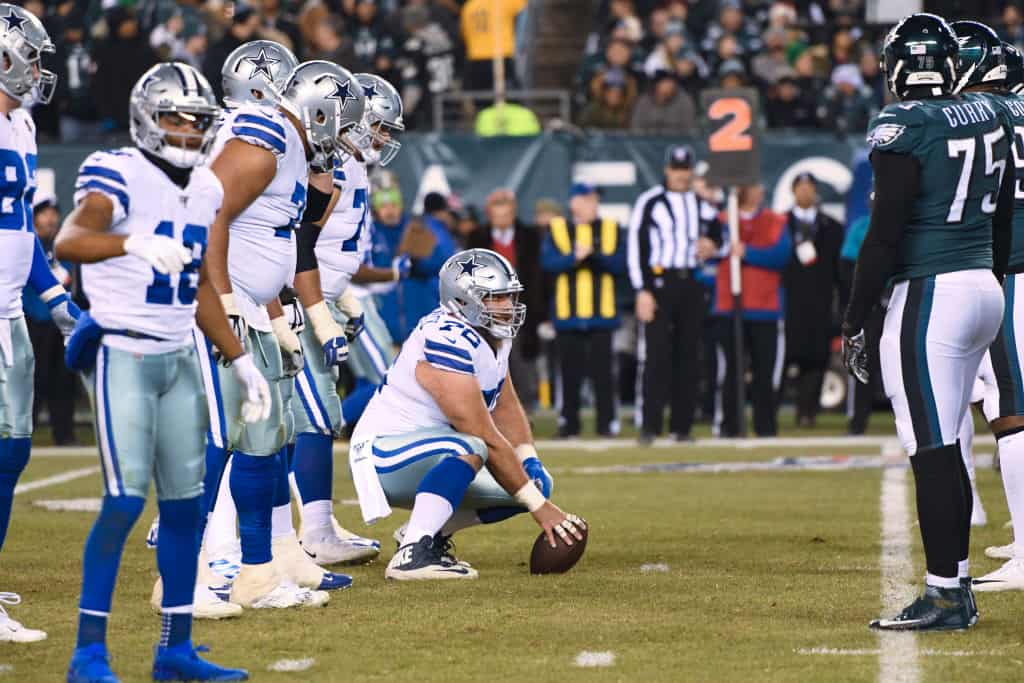 Who’s playing on Sunday Night Football tonight in Week 8? The Dallas Cowboys and the Philadelphia Eagles are going head-to-head for first place in the wide-open NFC East. Here is the Sunday Night Football schedule with information on where, when, and how you can watch the game, as well as a preview and prediction of the highly-anticipated matchup.

Pro Football Network’s Senior NFL Analyst Matt Williamson (Former NFL Scout and ESPN Analyst) released his Week 8 Power Rankings following the games on Monday Night Football in Week 7. This week, Williamson has the Cowboys as the second-worst team in the NFL following the injuries to Dak Prescott and Andy Dalton. Meanwhile, the Philadelphia Eagles are riding high at 21st in the league after a comeback win in primetime.

What to expect from Cowboys vs. Eagles

Welcome to the NFL, Ben DiNucci. The seventh-round draft pick out of James Madison has been thrust into the national spotlight after injuries to Dak Prescott and Andy Dalton. He looked okay in his limited playing time against the Washington Football Team in Week 7, completing 2/3 passes for 39 yards. That said, he was sacked three times on only six dropbacks.

DiNucci is going up against a strong defensive front in Philly. If he isn’t ready for the spotlight, he’s going to struggle with the pressure of the Eagles defensive line. Philadelphia is tied for the third-most sacks in the league. They’re led by Brandon Graham, who’s third in the league in sacks with six. The Eagles front seven is going to be vital in this game. They need to get push and pressure DiNucci, but stopping the Cowboys run game should be their top priority.

With a rookie quarterback in the game, Mike McCarthy and Kellen Moore are likely to lean on Ezekiel Elliott. If Elliott is shut down, the Cowboys will likely be stagnant on offense all night.

On the other side of the ball, look for Carson Wentz and the Eagles offense to find a way to score against the putrid Cowboys defense. Boston Scott put up 92 all-purpose yards last week. Look for him to play a major role in tonight’s game. Travis Fulgham against Chidobe Awuzie will be a matchup to watch all night long.

Here is the full SNF schedule for the remainder of the 2020 NFL season. All Sunday night games begin at 8:20 PM ET. All games will be aired live on NBC. You can also live stream the games from your NFL app.