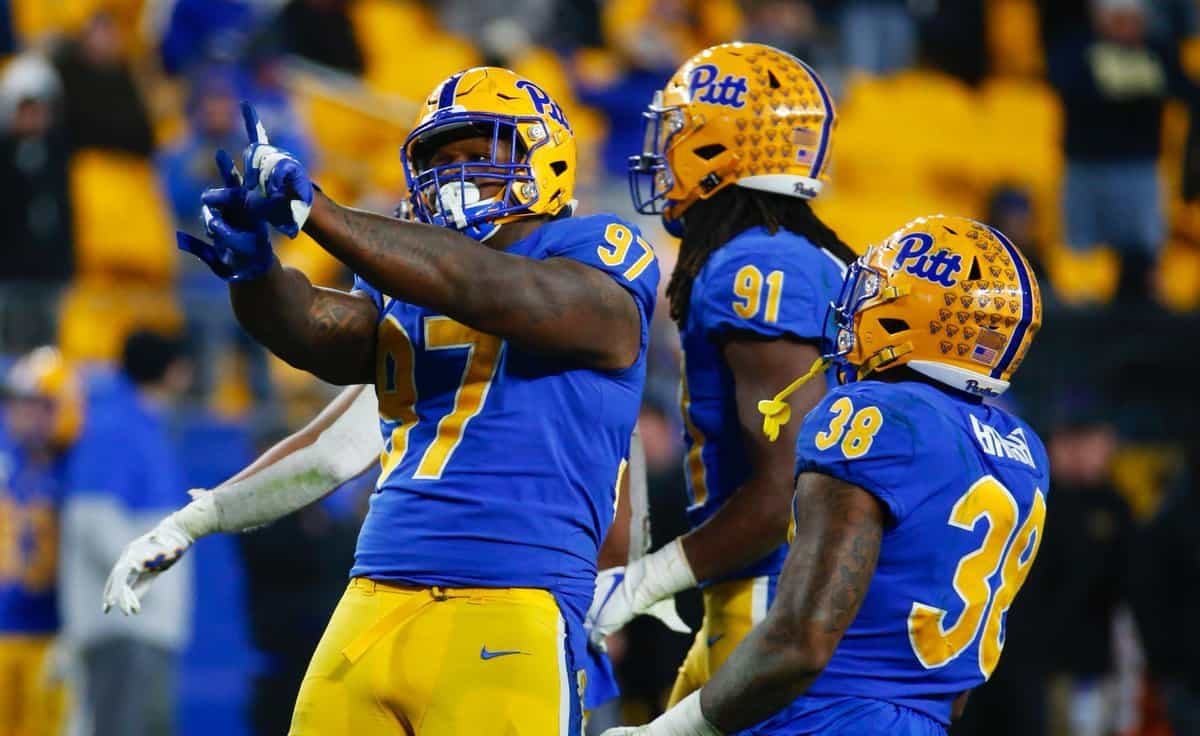 With NFL training camps right around the corner, the excitement is brewing to see this extremely talented 2020 NFL Draft class take the field. Training camp is going to show us a lot about the Tennessee Titans and its depth at each position. With that in mind, it’s never too early to start thinking about the future. The 2021 Draft class is loaded with talent just like this year’s class, and PFN draft analyst Dalton Miller just released his 2-round 2021 NFL Mock Draft. Let’s see who he has the Titans taking with their first two picks as well as some potential positions of need in 2021.

Who did the Titans draft in PFN’s 2021 NFL mock draft?

First off, Titan fans are hoping that this pick falls much later in the 2021 NFL Draft. With the majority of the Titans offense and defense returning, a deep run in the playoffs is almost expected at this point. Regardless of where the pick falls, Titan fans should be excited if the team were to draft Jaylen Twyman with their first-round selection.

Twyman would be a strong fit lined up alongside Jeffery Simmons on the defensive front. He is considered more of a pass rusher, a rare skill set for an interior defensive lineman, whereas Simmons is outstanding against the run. These two would complement each other’s skill set tremendously.

Could Jaylen Twyman become the next Aaron Donald on defense?

The comparison of Twyman and Donald stems a lot from them both playing at Pittsburgh. The man even wears the same number Donald did in college. Both of them playing for Pitt isn’t the only area where these two are comparable though. Twyman was the first defensive tackle since Aaron Donald to lead Pittsburgh in sacks.

He racked up 10.5 sacks in 2019, just .5 sacks behind Donald’s season-high of 11. Miller had this to say about Twyman and what his future could look like in Tennessee.

“Listen, he’s not Aaron Donald, but his style is a bit Donald-esque. He will struggle at times against the run as an undersized 3-technique, but in the Titans defense that goes 3-down often, he would play head-up or shaded inside the offensive tackle, somewhat avoiding the big uglies of the interior. Oh, and he’d be paired next to Jeffery Simmons, who is one of the most explosive run defenders in the NFL.”

When the Titans traded Jurrell Casey this offseason to the Denver Broncos for a seventh-round pick, it was a bit of a head-scratcher. Casey was a fan favorite and had been the leader of this Titans defense for years. It was a business decision for the team, and the trade gave Tennessee more than 10 million dollars in cap space relief, but it still hurts to lose someone as talented as Casey.

What’s more troubling is that the Titans didn’t do much to replace him. The addition of Jack Crawford in free agency was solid, but he’s been a backup for most of his career. The Titans also drafted Larrell Murchison in the fifth round and he could develop into Casey’s heir, but that’s far from a guarantee. Drafting a quality defensive lineman is a must for the Titans in 2021.

Other 2021 NFL mock draft targets for the Titans

Another defensive lineman that the Titans could be interested in is Christian Barmore out of Alabama. He has been a little overshadowed because of the depth that Alabama continually has along their defensive front, but don’t let that fool you, Barmore is an absolute stud.

His ability to move up and down the defensive line is outstanding, and he would fit well in Tennessee’s 3-4 scheme. If the Titans decided to go a different route in the first round, guard or center could be a position that the Titans target.

Offensive lineman Trey Smith out of Tennessee would be a perfect fit for the Titans. He’s a dominant run blocker and would be an incredible asset if Nate Davis doesn’t improve in his second year as a pro. Look for more 2021 NFL mock drafts to have the Titans targeting the guard position.

Over the past couple of years, Penn State has churned out star running backs. Saquon Barkley in 2018, Miles Sanders in 2019, now Journey Brown in 2021?

While there is no denying the talent of Brown, RB is one position where the Titans are set up for the future. Locking in Derrick Henry to a four-year deal this offseason was huge! There is no doubt that the 2019 rushing leader is the most important part of this offense in 2020.

If the Titans were to draft Brown, this would be one of the most talented backfields in the NFL. A backfield of Henry, third-round pick Darrynton Evans, and Brown would be a force to be reckoned with for years to come. This is one of the first 2021 NFL mock drafts that I’ve seen the Titans selecting a running back, but it could become a more common pick if Evans disappoints in his first season.

It was a big surprise to a lot of Titan fans when they didn’t take a wide receiver at all in the 2020 Draft, but that shouldn’t happen again in 2021. With Corey Davis’s future uncertain, look for them to snag a WR in the early rounds of this extremely talented wide receiver class.

One WR that the Titans could target in round two could be Tylan Wallace out of Oklahoma State. Wallace has been one of the most explosive wide receivers in all of college football over the past few seasons. In 2018, he was a Biletnikoff Award finalist and before going down to a knee injury, Wallace was on a similar pace to do the same in 2019. A healthy Wallace in his senior season is going to be fun to watch, and he’s someone that Titan fans should keep their eyes on in 2020.

In this article:Jaylen Twyman, Journey Brown