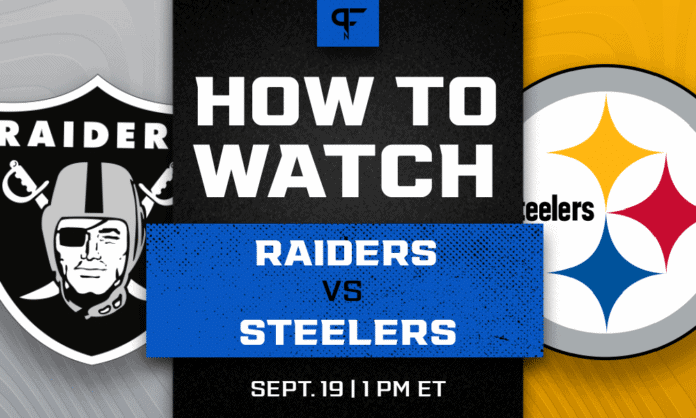 Raiders vs. Steelers odds, line, prediction, and how to watch the Week 2 game

What are the latest odds and predictions ahead of the Raiders vs. Steelers matchup, and what channel can you watch the game on?

Las Vegas Raiders vs. Pittsburgh Steelers sees two 1-0 teams looking to keep their strong start to the season going after upset victories last week. Let’s take a look at the current NFL odds, a prediction for the game, the TV channel, and how to live stream the Raiders vs. Steelers Week 2 NFL contest.

If you had said this would be a battle between two 1-0 teams before last weekend, I am not sure many would have believed you. However, both the Steelers and Raiders put in magnificent performances to upset the Bills and Ravens, respectively.

Both teams did it in the way we are somewhat accustomed to them operating. The Steelers made it a drag-down, bare-knuckle fight, and it was their special teams who came up big with a blocked-punt touchdown. In contrast, the Raiders went toe to toe with the Ravens offensively. They overcame their much-maligned defense to win a 60-point contest at home.

Now, those two styles will clash at Heinz Field, which always makes for an intriguing battle. Will the Steelers be able to contain the Raiders’ offense and grind them down? Or will Las Vegas be able to have success against an always-potent Steelers defense?

Compared to what we may have expected, this is an extremely exciting game. After their success, the two teams moved up significantly in the PFN Week 2 power rankings and now sit back to back outside the top 15.

However, the Raiders are in a tough spot here. Having played on Monday Night Football, they are coming off reduced rest. Throw in more than half of an overtime period, and fatigue could be a major issue. Combine all of that with a trip to the East Coast and a 1 PM ET kickoff, and we have a recipe for disaster.

The Raiders are more than capable of holding their own, but a short week and a brutal travel spot make it hard to see them upsetting the odds against the Steelers in this game.

How to watch Raiders vs. Steelers this week