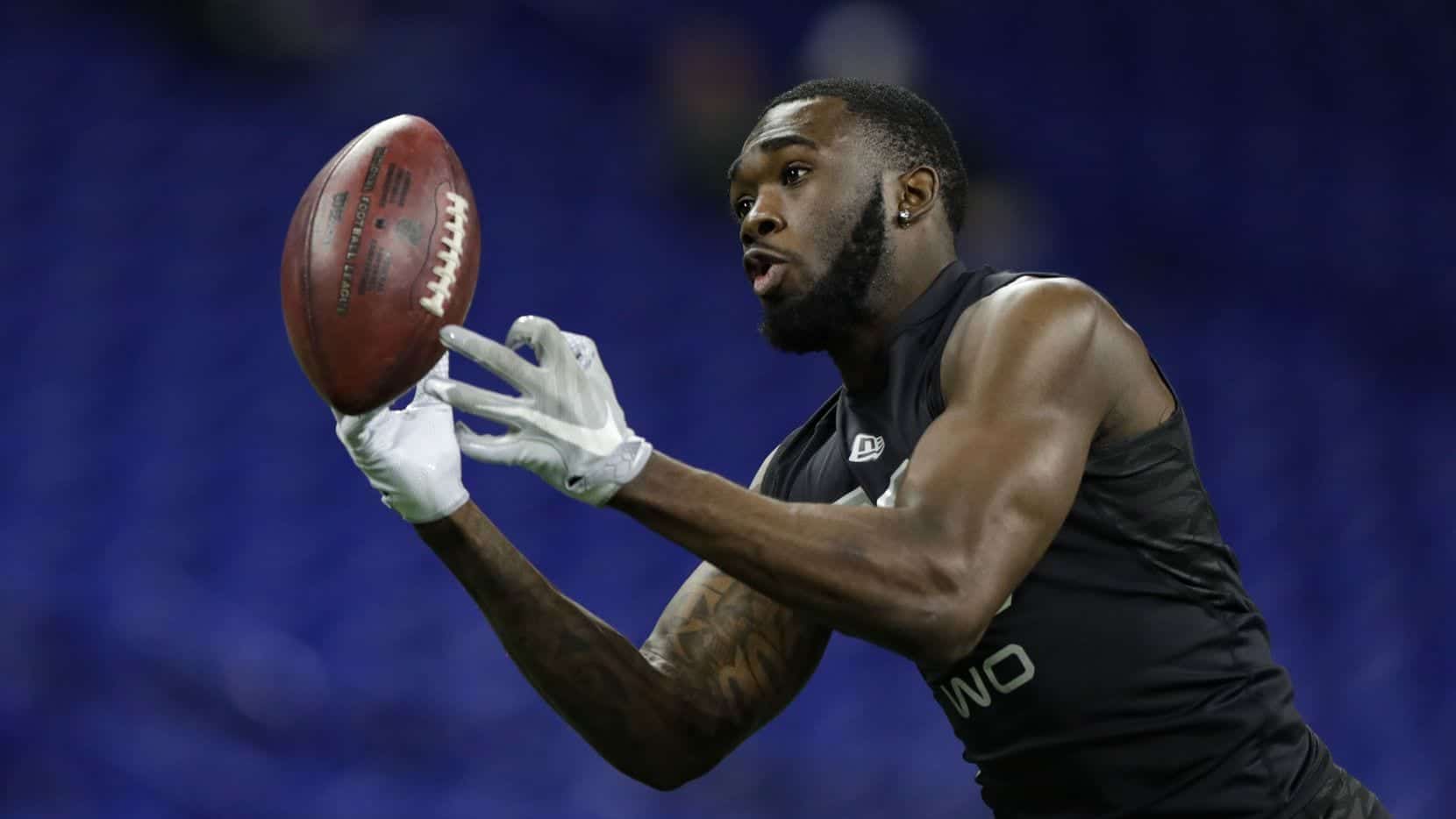 With the 2020 NFL Scouting Combine wrapping up, we take a look at whose stock is on the rise and whose stock took a tumble this weekend with our Post-Combine Dynasty Rookie Stock Report. While it’s important not to overreact to NFL Combine performances, you also don’t want to underreact and miss a potential wart or gem based on your preconceived notions.

While I believe a prospect’s film is the most significant factor in determining their potential fantasy football impact, the NFL Scouting Combine is a useful tool when looking at a prospect’s physical profile and how they stack up to their competition.

With the NFL Draft focus shifting from Indianapolis to college Pro Days across the nation, here’s a look at the post-NFL Combine Dynasty Rookie Stock Report. You can also get a heads up on rookie drafts by taking a look at my latest 2020 dynasty rookie rankings.

Standout players that saw their dynasty football stock increase at the NFL Combine include:

After running a blazing 4.39 40-yard dash at the 2020 NFL Scouting Combine, Wisconsin running back Jonathan Taylor might have cemented his status as RB1 in the 2020 NFL Draft. While some questions remain about Taylor’s early-career fumble woes and his ability to be an every-down back in the NFL, the former Badgers’ great silenced those questioning his speed.

Taylor might not be as natural of a pass-catcher as other top running backs, but he showed continued improvement in Friday night’s drills. Taylor is the most productive college running back entering the 2020 NFL Draft with over 6,000 career yards and 55 total touchdowns, and he’s now shown to be one of the most athletic.

Georgia’s D’Andre Swift and Florida State’s Cam Akers look like the greatest beneficiaries of Ohio State’s J.K. Dobbins’ decision to not participate in on-field drills. Both Swift (4.48) and Akers (4.47) ran well in the 40-yard dash while they also look natural in agility and pass-catching drills. Akers’ testing and on-field display might have catapulted the former Seminole running back into Tier One along with Taylor, Swift, and Dobbins.

The biggest post-NFL Combine riser in our Dynasty Rookie Stock Report is sure to be former Boston College standout AJ Dillon after the 247-pound bruiser posted an impressive 4.53 40-yard dash along with a 41-inch vertical jump. I’m guilty of questioning the Dillon to Derrick Henry comparison, but his playing-weight and speed is an almost identical match to the current NFL rushing champion.

Tee Higgins’ decision to sit out all drills at the 2020 NFL Scouting Combine might have opened the door for similar prospects to jump ahead of the former Clemson standout. Fellow big-bodied wide receivers Denzel Mims and Justin Jefferson took advantage of Higgins’ absence with impressive showings in both agility tests and on-field drills.

After excelling as a “big-slot” this season at LSU, Jefferson boosted his stock at the NFL Combine with sticky hands and a critical 4.43 40-yard dash. Not to be outdone by Jefferson, Baylor’s Mims tested exceptionally well at the 2020 NFL Combine with an eye-opening 4.38 40-yard dash and an even more shocking 6.66 in the 3-Cone Drill.

With the Baylor standout showing speed and quickness along with his renowned wide catch-radius, Mims becomes an even more appealing dynasty fantasy football pick in upcoming rookie drafts. After initially being pegged as a second-round steal, Mims might have played his way into first-round consideration after dominating performances at both the Senior Bowl and NFL Combine. In Pro Football Network’s Brad Kelly’s Mock Draft 1.0, he has Mims, Higgins, and Jefferson all going in the back-half of round one.

Disappointing players that saw their dynasty football stock decrease at the NFL Combine include:

After pushing through a reported hamstring injury, former Utah running back Zack Moss ran a disappointing 4.65 40-yard dash before pulling out of all Combine drills. While Moss’ hamstring injury seems to be legit and not an excuse for the bad time, an injury is the last thing NFL evaluators want to see for the injury-prone former Utah standout.

Moss entered the NFL Combine with questions about both his speed and medicals, and this weekend’s performance did nothing to dispel those concerns. With Utah hosting their annual Pro Day on March 26th, Moss has less than a month to get healthy and improve his disappointing 40-yard dash time. If Moss can’t, the tackle-breaking running back could slip to day three of the 2020 NFL Draft.

Similar to Moss, Colorado’s Laviska Shenault potentially damaged his NFL Draft stock by running a disappointing 40-yard dash while fighting through a core-muscle injury. After running a shocking 4.58 40-yard dash in Thursday’s on-field drills, Shenault announced he would undergo surgery Tuesday to repair a core muscle injury that he played through this season.

Unfortunately for Shenault, the core-muscle surgery comes with a 4-6 week timetable, so the wide receiver will be unable to participate in Colorado’s Pro Day on March 11th. With plenty of questions already surrounding Shenault’s route-running and ability to produce immediately, the wide receiver could see a drastic drop in pre-draft wide receiver rankings.

South Carolina wide receiver Bryan Edwards and LSU tight end Thaddeus Moss have both seen their dynasty fantasy football stock plummet after newly discovered injuries. Edwards announced before the NFL Combine that his broken foot would likely keep him out of South Carolina’s Pro Day. Even though Moss didn’t know the extent of his foot injury before this weekend, it was discovered during the tight end’s medical exam at the NFL Combine.

Future fantasy football studs Dobbins and Higgins shouldn’t be too impacted by their decision to sit out drills at the NFL Combine, but it did allow other prospects to jump ahead of them. Akers, Mims, and Jefferson are among those that benefited from those decisions.

It’s a shame that Penn State’s KJ Hamler suffered a “tweaked” hamstring in pre-combine training as the former Nittany Lions’ standout was set to give Alabama’s Henry Ruggs III a run for his money in the 40-yard dash. Even if Hamler has an outstanding time at Penn State’s Pro Day on March 17th, it’ll be dismissed by some because it wasn’t an official NFL Combine time.