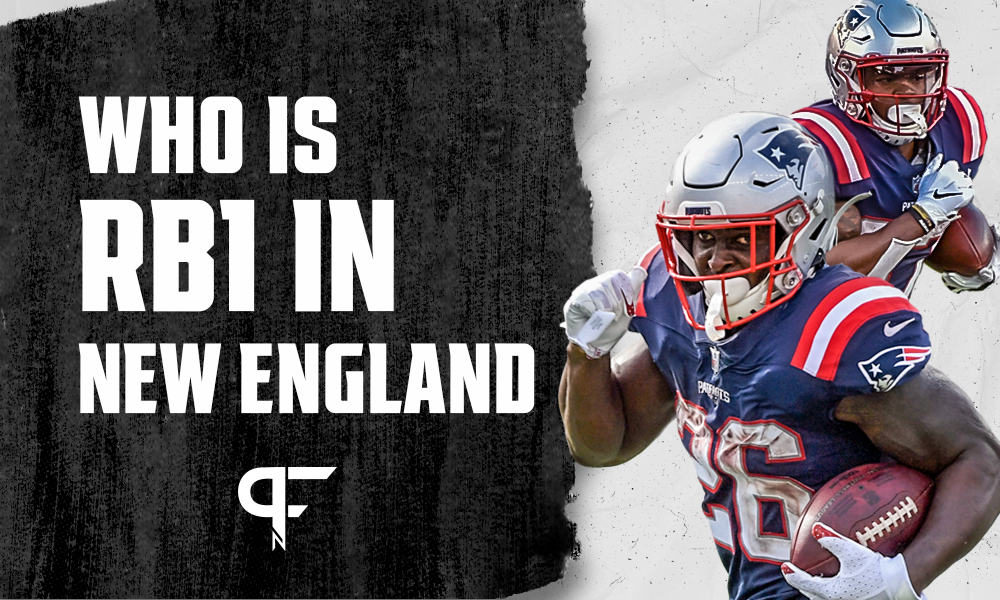 It’s safe to say that 2020 was not a “normal” season for the New England Patriots. They endured changes at QB and offensive struggles that were evident in the backfield’s production. Traditionally a maddening positional group to evaluate for fantasy football, will Damien Harris separate himself enough from the rest of the Patriots’ backfield, or will Sony Michel and others still find sizable snap counts in 2021?

How much do we take from 2020 and apply it towards 2021 in regards to the Patriots’ backfield?

We are all well aware of how tumultuous 2020 was for the NFL, and particularly, teams with personnel changes. The significant shift the Patriots experienced on their depth chart is more than any other franchise felt.

Not only did the Patriots watch Tom Brady leave, but they needed to remake their playbook around a QB with a contrasting playstyle. Additionally, they had to do so in an offseason like no other.

I’m not trying to make excuses for them, but I think it needs to at least be considered. If we look at their previous five-year average, the stats paint a clear picture. From 2015 to 2019, New England averaged 27.8 points on 66.8 plays per game. Moreover, the Patriots averaged 37 passing attempts for 269.2 yards.

While I do not think the offensive additions will get them back to Brady-level numbers, I believe we see the offense take a step to be at the league average. For fantasy, and especially the backfield members like Harris and Michel, that might be all we can ask for in 2021.

Damien Harris will lead the Patriots’ backfield, but is he valuable for fantasy in 2021?

We are well aware of the perils of rostering a member of the Patriots’ backfield and expecting fantasy success. But perhaps Harris can be the exception, or at least meet expectations so long as we keep them realistic.

If we remember back to this time last year, Harris received all of the hype coming out of camp. Were it not for needing surgery to repair an injured pinky, Harris would have been the Week 1 starter.

Harris missed the first three games as a result, and he missed the final three weeks due to an ankle injury. In his 10 games, he totaled 743 yards and 2 touchdowns on 137 carries and 2 receptions as the RB53. He averaged 9.1 ppg (PPR) and was a top-24 RB in just 30% of his contests.

Harris led the Patriots’ backfield for fantasy, but he is not the primary threat or ballcarrier for that matter. That’s Cam Newton. While Newton and Harris finished 2020 with 137 carries, Newton more than doubled his red-zone rushes (42 to 19), leading to 12 rushing touchdowns. Newton also saw 32 rushes inside the 10-yard line and 19 inside the 5-yard line.

When Brady was under center, we only had to worry about the other members of the backfield. Now, we must consider one of, if not the most prolific rushing QB of all time.

I’ll never be able to endorse a Patriots’ running back fully. Harris is likely the closest thing we will see to a “valuable” running back. Still, he lacks any upside beyond mid-RB3 levels of production for fantasy.

Due to the struggles as a team, it’s somewhat challenging for fantasy managers to remember that James White came off RB7 and RB18 finishes in 2018 and 2019, respectively.

He concluded 2020 as the RB48 (8.1 ppg) with 49 receptions, 375 receiving yards, 121 rushing yards, and 3 total touchdowns in 14 games. Despite the lowest receiving totals since his 2014 rookie season, White finished third on the Pats in receiving yards. Yet, that might say more about the offense than White.

What is critical to White’s fantasy value is the absence of Rex Burkhead. There was a legitimate argument that Burkhead was the most well-rounded member of their backfield. More importantly for White, Burkhead was the only other receiving back. White is now the only running back on the roster with any actual pass-catching ability and should see at least 75% of the targets.

The Patriots targeted their RBs a league-high 29.2% (122 times), and despite the offensive additions, they should remain a focal point of the passing game. White could be in line for 70 targets in 2021 but only holds value in PPR fantasy formats.

So long as both Michel and Rhamondre Stevenson are healthy and active, each player reduces the other’s ceiling. But for Stevenson, this might happen sooner rather than later.

Michel has struggled with injuries over his three-year career, playing in only 38 of 48 regular-season games. In 2020, he missed seven games with a quad issue while only having one snap in Week 12. Over his last five games, he gained 367 total yards and 1 touchdown on 5 catches and 53 rushes. I believe it speaks volumes that the Patriots chose not to pick up his fifth-year option and then selected Stevenson at pick No. 120 in the 2021 NFL Draft.

I have not been as bullish as others when it comes to Stevenson for fantasy. Landing in a crowded backfield didn’t help change my mind. Still, Stevenson could end up being a better NFL athlete than a fantasy player. But if Michel struggles with injuries again, perhaps Bill Belichick chooses to ride Stevenson’s hot hand.

Will he ever be in the passing game or break long touchdowns? No, but his 230-pound frame fits the power-back role. Stevenson may even lead the Patriots’ backfield in red-zone carries. Nevertheless, he will remain second fiddle to Newton as long as he is the starting QB. If Mac Jones takes over, then things might become a bit more interesting.