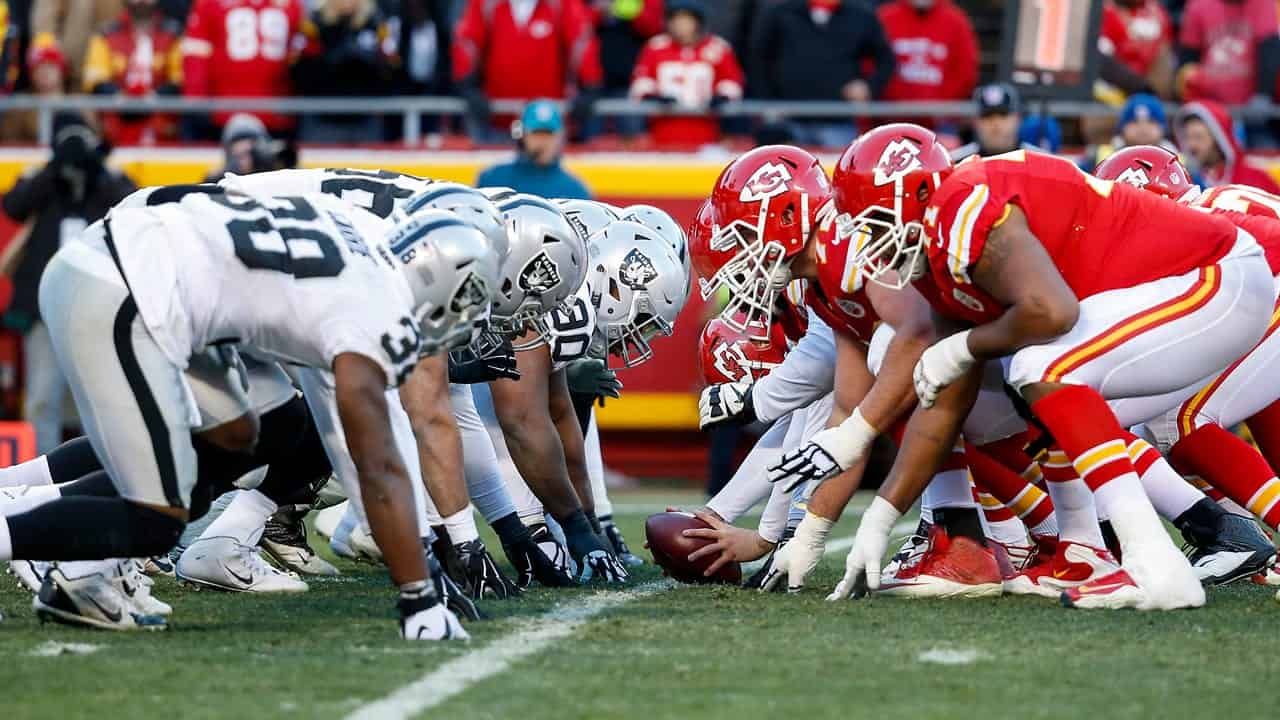 The Oakland Raiders are undeniably one of the most interesting teams going in to the 2019 season. With a plethora of first round draft picks, the biggest trade of the spring, and a new general manager, there’s no shortage of intrigue.

Can Mike Mayock successfully lead the Raiders reboot? What will the Antonio Brown and Derek Carr connection look like? Is Clelin Ferrell the man to produce the pass rush threat so sadly lacking from 2018? How will Jon Gruden control a locker room that now contains Brown, Vontaze Burfict and the recently acquired Richie Incognito? As I’ve mentioned before, the Raiders would make the perfect team for HBO’s Hard Knocks this year. They are pure drama.

There are so many questions and only time will provide the answers. What we do know for sure is that the Raiders will play 16 regular season games in 2019. All the drama and subplot pales into insignificance when the players hit the field. After last year’s 4-12 abomination, what the Raiders need is results. In the last year residing in Oakland, what the fans need is heart, passion, and performance on those 100 yards of clay mangled turf.

With that in mind, I sat down to ponder what the 5 most interesting games of the 2019 season will be for the Raiders. To my mind, the AFC West is set to be the most competitive and interesting division in the whole of the NFL this year. The two-game, in-division series with the Denver Broncos and Los Angeles Chargers will obviously be hard-fought. However, they don’t make the list. There are just too many intriguing fixtures for them to make the cut!

The 2016 NFL season stands as Derek Carr’s finest to date. He’d guided the Raiders to the postseason. There was talk of him being the league MVP. It would be the year that made him big money. Unfortunately, it all came to an end on Christmas Eve against the Colts. When Trent Cole landed on Carr, the quarterback knew immediately his leg was broken. In the game, his three touchdown passes led the Raiders to a 33-25 win. Unbelievably, it was the first Raiders win in the last six contests between the two franchises. With it, the Raiders edged in to a 9-8 lead in the series.

Arguably, Carr hasn’t been the same quarterback since. However, this clash will be more than just a revenge game for him.

The Raiders were tasked with getting better on defense over the spring. In particular, they were seeking to improve a pass rush game that was the worst in the league in 2018. This game will be the first real test of that improvement. The Colts boast one of, if not the, best offensive line in the whole NFL. If Ferrell and Co. can penetrate the line and put Andrew Luck on his back, it will set the tone for the rest of the season.

Similarly, how the revamped secondary handles the triple threat of T.Y. Hilton, Devin Funchess and Parris Campbell will help define their season.

Back in November of 2011, Sebastian Janikowski put Oakland on his back and kicked the Raiders past the Bears for their first win in the last four clashes. Janikowski is no longer in the silver and black. Another man who is no longer decked out in the famous uniform?

Could you ask for a better subplot to a game? Just one year after being traded to the Bears, Mack returns to face his old employer. He spent last season showing Raiders fans what they lost from afar, and now he gets to show them in person. He brings intrigue to the game from multiple angles.

How will the newly restructured offensive line handle the threat of Mack? He’s without a doubt the most dominant defensive force in the league behind Aaron Donald. Will Kolton Miller or Trent Brown be able to contain him?

Then, all eyes will be on the guys that have replaced him in Oakland. If Mack is terrorizing Carr and the Raiders are putting no pressure on Mitchell Trubisky, then questions will again surface about the logic behind not paying the man who was the linchpin of the defense.

Unfortunately, it isn’t a true homecoming for Mack. The Raiders would surely have loved for him to have faced the “Black Hole” and it’s wild fans. However, they’ve given up a home game to travel across the pond to England. Although there will be plenty of silver and black in the crowd, it will lack the intimidation factor that the Oakland Coliseum would bring. Gruden hasn’t been shy in the past about his disdain for travelling abroad for these games. Last year, the Raiders were particularly lackluster in a 23-7 loss to the Seattle Seahawks in the UK.

Expect them to be much better this year.

Vontaze Burfict versus the Bengals in the late afternoon slate of games. Get your popcorn ready.

Burfict’s release by the Bengals this spring has been cause for much debate. Burfict has been a prominent player for the Cincinnati franchise; you could almost say the most prominent of the last decade. In his prime, he was a game changer, and a game wrecker, in the orange and black uniform. However, his time there was marred by suspensions. With his production waning, and his on-field conduct as controversial as ever, the Bengals decided to cut ties with him.

You can be sure that he won’t take this laying down. I fully expect an explosive performance out of him. The question will be whether he can control his emotions enough to provide the leadership that Oakland so desperately needs from the linebacker position.

There was a time when Burfict versus Brown would define the Bengals and Pittsburgh Steelers fixture. Now, they combine to take on a mutual enemy.

It’s been 20 years since the Raiders beat the Bengals. At a pivotal point in the season, the Raiders could need a win now more than ever.

The countdown to Christmas begins and the NFL schedule has served up an early present. We’re a long way from knowing what this fixture may represent. If the Chiefs carry on in last season’s rich vein of form, it could be an important game in the battle for home field advantage on their road to the Super Bowl. If the Raiders have turned around their fortunes, it could be a key game in the race to top the AFC West.

What we do know for sure is that this is one of the biggest rivalries in the whole league. It’s a rivalry steeped in history and tradition. The two franchises have inhabited the same division since the inception of the American Football League in 1960. Although the Chiefs hold the advantage of 65-53-2 in the head to head record, the Raiders can boast three Super Bowl rings to the Chiefs sole achievement.

In fact, this season will mark 50 years since the Chiefs lifted the Vince Lombardi Trophy at Super Bowl IV. On their way to that lone success, the Chiefs had lost twice to the Raiders during the regular season. However, in the AFL Championship game, the Chiefs rode in to Oakland and came out victorious.

For all the rivalry, this years game’s will provide an opportunity for unity as the two teams remember Gunther Cunningham, who sadly passed away earlier this year. Cunningham was a coach for the Raiders between 1991 and 1995 before leaving to join the Chiefs where he later became the head coach. He once said of the rivalry:

“It’s a dark game. I characterize it as a lot of darkness”

I expect to see a game that lights up the Arrowhead night on a cold, dark, December evening.

It’s a rare match up where the Raiders hold the bragging rights in recent history. Although the series is level at 4-4, the Raiders have won the last three clashes. Included in those wins is the 2012 overtime victory, where Oakland overcame a 23-13 deficit in the 4th quarter.

However, it isn’t the history of the game or exciting positional battles that make this a must watch this season. It’s so much more than that.

Unless the Raiders make it to the postseason, when Carr and Co. walk off the field at the end of the game, it will be the last time the Raiders walk off the Oakland Coliseum turf. It is very much the end of an era. Despite moving the franchise before, there is no other franchise that is so greatly interwoven with the city it represents. The Raiders mean so much to the Oakland community. The stadium itself may not be the greatest; in fact, it was voted the second worst in the league, but it is a throwback to the “good old days” of football. It’s rough, it’s hard, it’s intimidating. All those things that are indicative of Raiders football.

Sunday, 15th December, will be an extremely sad day for the Raiders and for Oakland. The team will want to go out on a high, and provide the faithful fans with one last impressive performance.