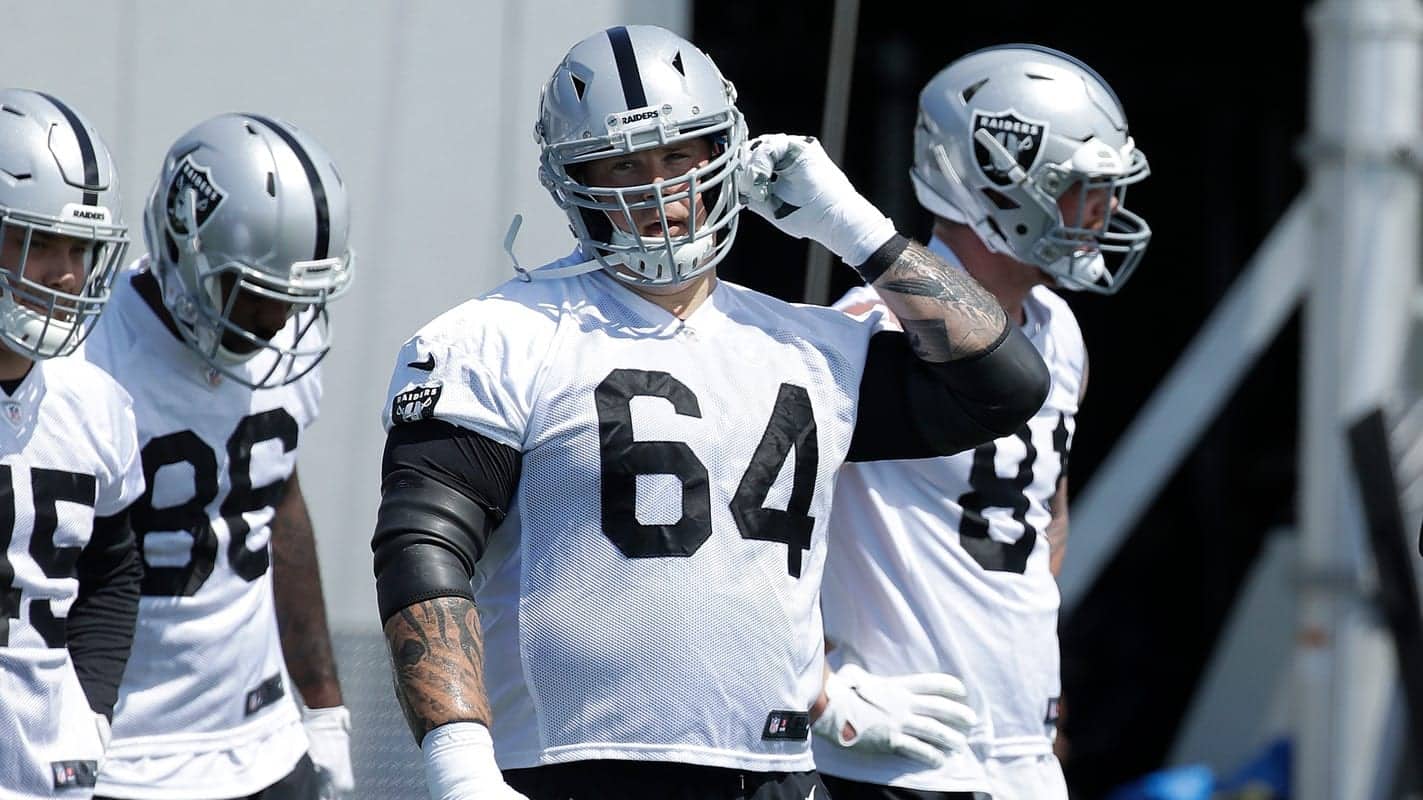 Photo Credit: USA Today
What's in this article? Click to show
These behavioral problems have sadly defined Incognito’s career from the outset
Sandwiched in between two stints in Buffalo, sits the most controversial period of Raiders new lineman Incognito’s career
Just over a year later, the Raiders are prepared to give Incognito another shot in the league
The problem for Oakland is that, at the age of 35 and coming off the back of a year out of the league, Incognito is no longer in his prime

Much has been written in the past months about changing the culture of the team. New general manager Mike Mayock has waxed lyrical about bringing in “high character” players in order to realize his vision for success. This approach was the hallmark of their 2019 NFL Draft. Then came the announcement on Tuesday that Richie Incognito had signed a one-year deal in Oakland.

Once upon a time, Incognito and the Raiders would have been a perfect fit. With his physically imposing and aggressive play on the line, he epitomizes that nasty on-field streak that once defined being a Raider. The reputation of the team was built on players like Jack “The Assassin” Tatum, Gene Upshaw, and Lyle Alzado.

Unfortunately, it’s what Incognito brings to the team off the field that will be most sharply in focus. The decision to bring in the much-maligned misfit goes against Mayock’s vision of creating a high character locker room. There have been multiple misdemeanors in recent years that have seen him suspended. The then St. Louis Rams, the Miami Dolphins and, most recently, the Buffalo Bills all parted ways with Incognito for behavior-related reasons.

Incognito’s draft stock was dramatically lowered by concerns over his character. His physical ability and athleticism weren’t in question. However, an inability to control his emotions was. Incognito was a first team All-Big 12 player for Nebraska in 2003. He slipped down to the third round of the NFL Draft as a result of character. Two teams in particular, the Kansas City Chiefs and the Indianapolis Colts, removed him from their draft boards.

The Rams took a chance on Incognito. They were the first team to see the risk outweigh the reward. Despite being part of an offensive line unit that blocked for a 4,000-yard passer, a 1,500-yard rusher, and two 1,000-yard receivers in 2006, Incognito’s time there was marred by on-field penalties and off-field antics. His time there came to a dramatic conclusion in 2009. Incognito was cut after a heated sideline exchange with head coach Steve Spagnuolo during a loss to the Tennessee Titans.

Sandwiched in between two stints in Buffalo, sits the most controversial period of Raiders new lineman Incognito’s career

In Miami, Incognito had begun to let his play do the talking on the field. At the end of the 2012 season, Incognito was voted to the Pro Bowl. It would be the first of four trips to the game. However, just months after featuring in the Pro Bowl, Incognito featured in the news for all the wrong reasons.

In November 2013, Incognito was suspended by the Dolphins for conduct detrimental to the team. Allegations from former team mate, Jonathan Martin, intimated that Incognito was instrumental in a culture of bullying in the organisation. This included racial harassment and threats of violence. The NFL ordered an inquest into the allegations and found him guilty of bullying Martin. Incognito never played for the Dolphins again. He took a year away from the NFL and received therapy.

Incognito mounted a successful return to football with the Bills between 2015 and 2017. But issues surrounded him still. He was once again accused of using racially derogatory language against another player. After announcing his retirement from the NFL in 2018, he found himself in the headlines again. He was taken in to custody under the Baker Act due to an incident at a Boca Raton health club. The act allows for involuntary psychiatric commitment of an individual who is a danger to themselves or others.

Just over a year later, the Raiders are prepared to give Incognito another shot in the league

The Raiders need to protect Derek Carr better in 2019. He was the third most sacked quarterback in 2018 behind Deshaun Watson and Dak Prescott. The Raiders addressed the tackle position by bringing in Trent Brown in free agency. However, in trading Kelechi Osemele over the spring, they have a left guard sized riddle to solve. Chaz Green and Denzelle Good were set to battle it out over the summer for the starting job. Green was released to make room on the roster for Incognito. This would point to Incognito having a good chance of being a starter this year. In his first workout with the team, Incognito spent time with the first-team offensive line. Mayock has described the deal as a “one-year prove it” deal. The assumption being that if he plays well, he could stick around for longer.

There’s no doubt that in his prime, Incognito is an upgrade on Green. He’s a four-time Pro Bowl player. In 2015, he was ranked as the number 1 left guard in the NFL by Pro Football Focus. His pass protection ability would allow Carr more time in the pocket. With a physical threat on the line, there is greater opportunity for the running game to flourish. Also, Incognito’s experience is invaluable as the Raiders look for a breakout year from Kolton Miller at left tackle. Former Bills team mate, Eric Wood, described Incognito as an “ultimate professional” and if he can be that again, he can help develop one of the youngest rosters in the league. These are the rewards of what, on the surface, is a low financial risk investment for the Oakland Raiders.

The problem for Oakland is that, at the age of 35 and coming off the back of a year out of the league, Incognito is no longer in his prime

The risk is clear for all to see. Despite several stints in therapy, and with multiple second chances, the character concerns that were first raised for Incognito are still very much there. It’s highly likely he starts his latest second chance with a suspension stemming from an arrest last August.

The Oakland Raiders need to get better on and off the field this season. Right now, Incognito doesn’t seem able to fulfill either requirement.