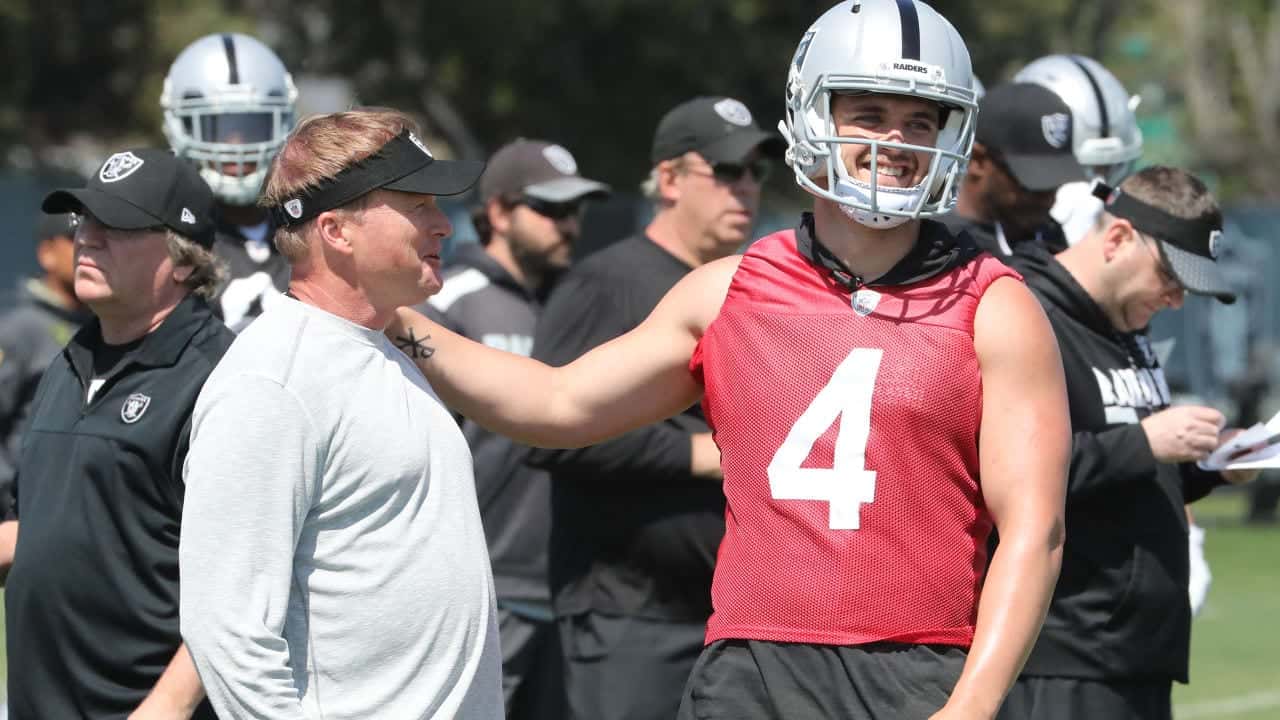 It’s nearly been two weeks since one of television’s greatest masterpieces came to an end, and yet still, some of us haven’t moved on.

While the final season of Game of Thrones was met with mixed reviews and a pointless petition for actors to come back and film two years of work, the show itself granted our television screens with sheer delight every Sunday evening over the past nine years.

Following the story of Jon Snow and Daenerys Targaryen gave some lives meaning. Waiting to see who would sit on the Iron Throne was fan’s kryptonite. You have to give credit to both David Benioff and D.B. Wiess. Both men took on an improbable task and made television history.

Plus, if you hated the ending, George R.R. Martin has two books on the horizon, so pick one and move on with your life.

While fantasy shows and laugh out loud sitcoms are great; few things beat reality television today. Yes, even we all know that it’s “partially” scripted to fit inside of a 48-minute frame, but people will invest their time in seeing someone’s else life.

If you don’t believe it, check the average rating of this season’s The Bachelorette.

Although some might be ready to cut ties with their HBO subscription, it might be too soon to say goodbye. If you are even an average NFL, a series will be returning soon for your enjoyment. No, although Chernobyl and Barry are great watches, Hard Knocks is back to greet your TV screens even Thursday night. Well, for five weeks at least.

For those of you who are lost, let’s fill you in. Hard Knocks covers the training camp of one team every season who struggled the year before and gives you an inside look at player’s lives. Last year, we were greeted with the 0-16 Cleveland Browns. We all witnessed the colossal meltdown of Hue Jackson, heard plenty of buddy boys and witnessed the birth of superstars Bob Wyllie and Brogan Roback.

A new season is set to begin with a new team granting us an inside look at daily operations. There are requirements to make the show believe it or not. For starters, an organization cannot appear more than once in 10 years. They also cannot have a first-year coach or made the playoffs in the past two years.

Some might like to see the New York Giants on the big screen. With Dave Gettleman drafting Eli Manning clone Daniel Jones and the market, it would make sense. The San Francisco 49ers’ offseason definitely should have the team in play for a chance. Come on, who doesn’t want to see pretty boy Jimmy Garoppolo in high def up close and personal.

Frankly, though, there’s only one team that comes to mind when you think of reality, television and football.

Let’s just come say it: the Oakland Raiders are the betting favorites to be on HBO come August. After their offseason and recent acquisitions, the contest should be over.

The Oakland Raiders started the 2018 campaign like any other team would; spending a ton of money. Electing to fire Jack Del Rio after going 25-23 and a postseason appearance, the brought back Jon Gruden to become the man in charge. He left his content life at ESPN because he missed coaching…and because Oakland paid him $100 million.

Heading into the second year, it’s clear that Gruden is the Czar of the Silver and Black and his word is a decree. Thanks to his bond with owner Mark Davis, “Chucky” set former GM Reggie McKenzie packing one season into his new deal. Being a close in the new hiring, he brought in NFL Network analyst Mike Mayock to call the shots at the new general manager.

“He’s a passionate, passionate personnel man,” Gruden said on Mayock’s hiring. “He’s done it for a long time. I know he’s had opportunities to get back into the NFL as a general manager and we’ll see what happens. We’ll see how the dust settles.”

The two were tasked with rebuilding a team for the future starting in March’s free agency. It looked to be an easy task after the moves Gruden and McKenzie made just several months prior. Star pass rusher Khalil Mack and wide receiver Amari Cooper were shipped to Chicago and Dallas for three future first-round picks. They also cut ties with veteran contracts such as wide receiver Jordy Nelson and offensive tackle Donald Penn.

Ready for a spring cleaning, Oakland seemed content being a team on the rise rather than a contender. That was right up until they switched the plan on the eve of free agency and went for the big signings.

The Raiders opened their wallets in March and gave the team without a permanent residency a fresh new makeover. Looking to become a contender, Mayock and Gruden signed the likes of Trent Brown, LaMarcus Joyner, Tyrell Williams, and Vonatze Burfict.

Brown classically was overpaid as the best available tackle to hit the market. After a promising season with the New England Patriots, the 26-year-old blindside protector signed a four-year $65 million contract. Even after receiving a Pro Football Focus grade of 71.0%, that still was a tad too much for an average tackle. Still, the deal was undoubtedly better than Nate Solder’s, whom Brown replaced via trade.

Both Williams (four-year/$44 million) and Joyner (four-year/$42 million) took less to join Oakland, but do however fill an immediate need that should help fix the positions out west. Burfict well…he seemed destined to become a Raider at some point after a career plagued by suspensions out in Cincinnati. He signed a friendly one-year, $5 million deal and has a chance to start on the weak-side.

But the coup de grâce of Gruden’s “rebuilding” madness this offseason was the acquisition of Antonio Brown. Falling from the graces of Ben Roethlisberger and Kevin Colbert, the All-Pro wideout was traded out west for just a third and fifth-rounder in April’s draft.

In more recent news, the team signed offensive guard Richie Incognito to a one-year deal. Known for his off the field antics rather than his on the field, Incognito has seen his fair share of run in the laws. Most recently, he was arrested for after allegedly making threats toward an employee of a funeral home.

But at least Mayock cooled the fire addressing the signing Tuesday afternoon.

The pairing of the buddy cop duo in Gruden and Brown is enough to make Oakland the next HBO hit show. Add in a mix bag draft from Mayock and company, and you have television gold. The team went for character in April’s draft with the selections of Clelin Ferrell, Josh Jacobs, and Jonathan Abram. Their coaches highly regarded all three for their leadership skills both on and off the gridiron.

The Raiders do somewhat mirror another famous family out in California. Known for their work in beauty and fashion along with a hit TV show, the group always in the news for something. Whether it’s giving back to those less fortunate or more likely out in the public flouting a product, they always seem to be on our minds.

In more than one way, the Raiders are the Kardashians of the NFL with their antics. Last season alone, Keeping up with the Kardashians brought in an average audience of 1.3 million viewers per episode. Football fans seeing a franchise with similar problems coming together should clearly meet those same criteria.

One could take it a step further and even say certain personnel resembles the family. Gruden is Kris Jenner; the leader of the clam keeping the glue together and secrets hidden. Mayock is Kourtney; the sensible one who is doing the best with what power he has. Brown is Kim for obvious reasons (check Twitter) while Incognito is Khole; the wild card.

Davis is Rob; just sort of there, while rookie Hunter Renfrow is Kylie; the young one who became famous for looking older than they actually are. Plus there’s Burfict who for all intents and purposes, we’ll call Scott Disick since he’s going to stir the pot.

And then there’s Al Davis who represents Robert; the proud patriarch of the historic unit who may rest in peace while this colossal mess comes into fruition.

Really, Why Oakland though?

The Raiders genuinely are one of the most historic franchises in NFL history. From their days under John Madden to hoisting Lombardi trophies in the late ’70s and early ’80s, Oakland is vibrant with culture. Just sprinkle in their loyal fanbase, and it’s hard not to consider the Raiders a top-notch franchise.

The 2019 model of this team was made for the limelight of Hard Knocks. Jokes aside on Hollywood’s most profile family, there are so many questions fans have about the inside information that hides behind the franchise doors.

Starting with the obvious; what is Mayock’s role? Is he a person of power or just another pawn of the Gruden tyranny? What position does he play in deciding the immediate future?

Another is the soon to be the pairing of Burfict and Brown. In 2015, the wide receiver took a hit from the other in the AFC Wild Card round, knocking him out of the playoffs. The Steelers would lose to the Denver Broncos the next round without their go-to target.

And then there’s Gruden himself. Known from gracing our Monday nights on primetime, how has the mastermind of “Spider YK2 Banana” adjusted to his role in year 2? Will there be controversy before the big move to “Sin City”? How much does the head coach believe in his “franchise quarterback” and could we see hear of a re-casting in the future?

There’s so much to unravel for HBO not to pick up this dramedy for a season. While the NFL might have stipulations, ratings would be through the roof and fans would grateful to both parties forever.

The NFL might say no, but if so, we riot.

The Raiders and Hard Knocks belong together like the Kardashians and Instagram; just a match made in media heaven.