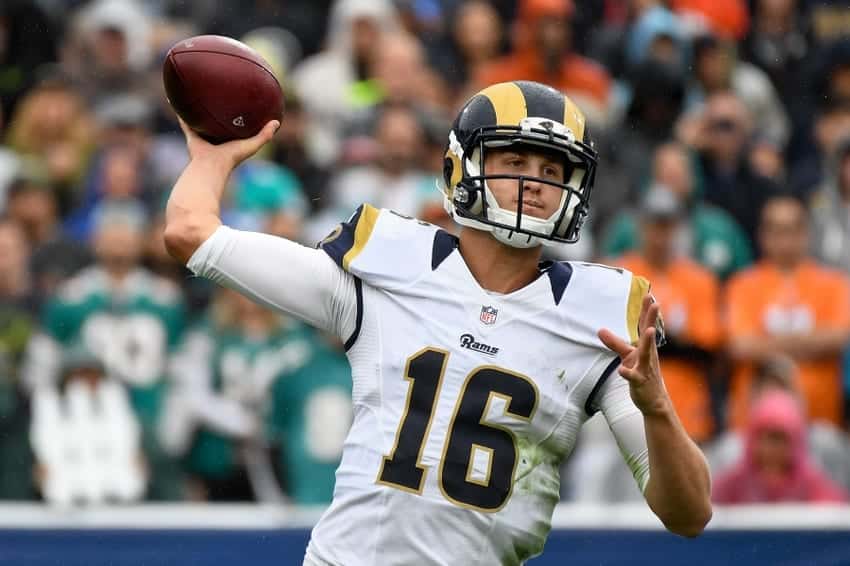 The NFL is one of the few sports where mid-season trades are not high-profile. Come trade deadline during the MLB or NBA season, big names on losing clubs will be shipped to contenders and help try to bring home a pennant. Name the last time a big name like Tom Brady was traded during the October trade deadline.

More often than not, the players we see traded are moved during the NFL draft. Teams will always move up to select their franchise guy, while other teams will push back to add more selections. Sometimes the star turns out to be a franchise piece. Other times, a late gem becomes a face in the NFL for years to come.

It usually takes three seasons for players to be evaluated in the league. That’s the standard-setting given to scouts and fans when a player has a rough rookie season. Nevertheless, you are diving into a pit of questions that can’t be answered right away.

Let’s take a look back at some of the most recent trades and see who came out as the biggest winners of the deal.

In many ways, the Houston Texans were looking like massive winners when the deal was announced. Knowing the team needed a legitimate franchise quarterback, then GM Rick Smith traded away a pair of first-round picks to move up and select Deshaun Watson.

Watson has looked the part of a franchise quarterback in two short seasons down at NRG Drive. Consistently able to improvise and keep drives alive, the 23-year-old has thrown for 5,864 yards, 45 touchdowns and has a QBR rating of 103.1, according to Pro Football Reference. He’s also led the Texans to a postseason appearance and would have potentially set a rookie record if not for a torn ACL suffered in November.

As much as the Texans needed their man under center, Cleveland’s recent acquisitions might have them as the winner of this head to head. The team used their second first-round pick on safety Jabrill Peppers, who showed growth in his second to perhaps be an average NFL safety. Last season with the fourth overall pick, John Dorsey continued to address the secondary with the addition of Denzel Ward.

The Ohio State corner finished his rookie campaign with three interceptions and 11 pass breakups. So while Houston now has their future quarterback, the Browns added a top-caliber cornerback and used Peppers as the final piece of a trade to acquire Odell Beckham Jr. from the New York Giants. Both parties are walking away with franchise players, but the Beckham move gives Cleveland a bit more edge.

It didn’t cost much for the Minnesota Vikings to move up in the 2017 draft, but did they come out the winner of the trade? All it took was a second and fourth-round pick for the Vikings to move seven spots and stop the fall of top prospect Dalvin Cook.

Cook’s entrance into the NFL has been met with mixed reviews thus far. That could be due to the amount of time he’s been on the injured reserve list over the past two seasons. The Florida State runner collected just 354 yards and a pair of touchdowns during 2017 after a torn ACL ruled him out for a majority of the season. Cook then nearly doubled his rushing yards in 10 games last season, scoring four total touchdowns on the season.

The Cincinnati Bengals came away with a robust package and gained an extra pick thanks to their agreement. With the 48th pick, the Bengals took Joe Mixon, whom many considered the first-round caliber back but came with baggage in the past. In two seasons, the baggage has remained at the gate while Mixon has turned into one of the league’s more promising runners. Through two seasons, he’s rushed for 1,794 yards, averaged 4.3 yards per carry and scored 12 touchdowns.

Josh Malone was the team’s fourth-round pick, but he’s a special teams player at best. Both franchises found their future, but the key will be if Cook can remain healthy. The 23-year-old dealt with multiple injuries in college while Mixon has missed four games in two seasons. The reality is that both teams could be winners. The verdict now, however, goes to Cincy.

This is a bit confusing, but it’ll all make sense in the end. The Los Angeles Rams needed a franchise quarterback after the mediocrity of Jeff Fisher and Sam Bradford. The team, knowing they needed a top-two selection, traded their first, two seconds and a third-round pick to the Tennessee Titans to select Jared Goff out of California.

Goff looked like a bust during his seven starts as a rookie. Thankfully, rookies tend to grow into potentially strong players. Years two and three were much more promising to the young gunslinger as he threw for 8,492 yards, 60 touchdowns, and 100.8 QBR ratings during that time. If that’s not enough, Goff also led the Rams to back to back postseason outings and a Super Bowl appearance last season.

The Titans had to trade away that third-round pick to move up and select Jack Conklin. Conklin looked to be one of the leagues more promising right tackles after an All-Pro rookie season. Unfortunately, Conklin tore his ACL during the 2017 postseason and has since never really returned to full-form. Derrick Henry certainly was the x-factor of the offense last season in year three. The former Heisman rushed for 1,059 yards, averaging nearly five yards a carry and scoring 12 touchdowns.

Austin Johnson has been a depth piece on the Titans’ defensive line, collecting 2.5 sacks in three seasons. If Conklin returns to rookie form and Henry picks up where he left off last season, Tennessee has little to complain about. Goff, however, did lead the charge for Los Angeles to make it down to Atlanta. That’s all that needs to be said for now.

This might be the fairest deal on the list when looking at it several years later. Both NFL teams had a need, they were filled and day three prospects were all involved.

The Falcons wanted to bolster their front seven and had one player in mind. Trading away the 146th and 185th pick, Atlanta moved up to select Jarrett out of Clemson. Since arriving in the ATL, he’s become one of the biggest steals in the draft. A dominant defender in the trenches, Jarrett recently picked up a four-year, $68 million contract following a 53 tackle, six sack season.

The Vikings added depth at their wide receiver position in Diggs out of Maryland. In his short stint up North, he’s already been enshrined in their history. Consistently adding more to his stat line each season, Diggs is coming off his first 1,000-plus yard season. He also is best remembered for the now-famous “Minneapolis Miracle” catch that sent the Vikings to the 2017 NFC Championship.

Diggs is one of the rising stars at the position and is borderline a top 10 receiver. Jarrett is arguably the just outside the top three pure defensive linemen heading into 2019. Diggs is a part of one of the league’s top receiving duos, but Jarrett is a focal piece on an improving Atlanta defense. Both recently received massive contract extensions.

Can we call it a tie? Yeah, we’re going to do that.

Sometimes if you want a player badly enough, you’ll be willing to pay the price. That’s what the then, San Diego Chargers did to get Melvin Gordon into their backfield during the 2015 draft. With the Houston Texans needing another running back for the long-term, the Chargers gave up a pair of picks in 2015 and a seventh-round pick in 2016 to select Gordon. Coming out of the gate, the Doak Walker winner looked to be nothing more than your average back. In 2017, Gordon collected his first 1,000-yard season on the ground. Since then, he’s been named to two Pro Bowls and been one of the NFL’s top backs.

As for the 49ers, they might have gotten a ton back for just one draft spot but does that mean any of it’s okay? Armstead is a starter on the defensive line, but he’s been inconsistent since joining the roster. Blake Bell is now with Kansas City, and Ronald Blair is just somewhat around in all sense of the word.

Sure, the Chargers are in a contract dispute with Gordon, and it doesn’t look like it’s ending. This is undoubtedly a blow for the organization, who look ready to contend for an AFC Championship this season. Still, Gordon helped the team make the postseason, something the 49ers haven’t done since Jim Harbaugh was their head coach.