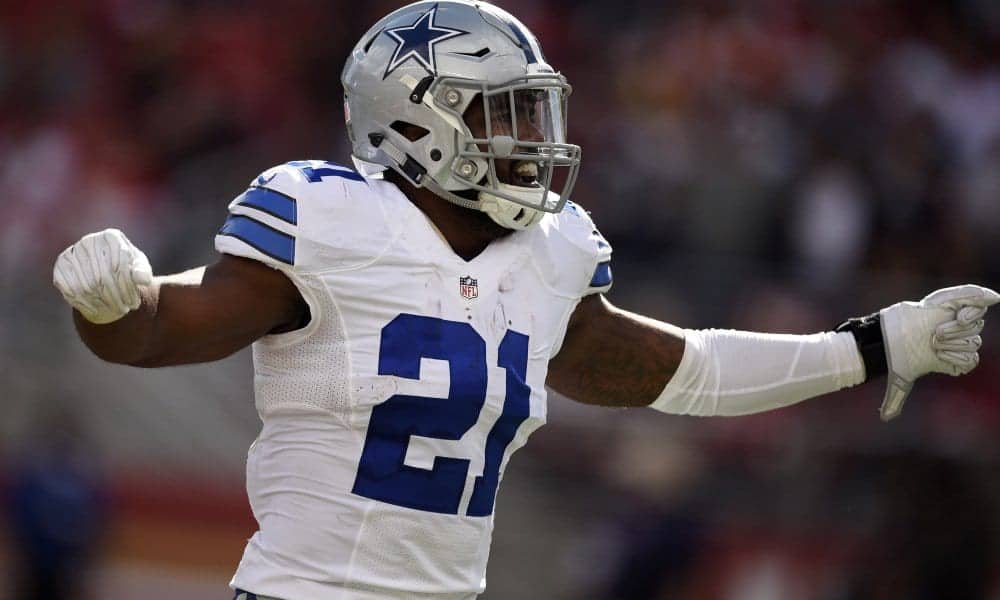 So what happens when a team’s running back is also their most talented player?

In less than a week, two of NFL’s most electrifying running backs have spoken out about their contracts and could miss time this season. Los Angeles Chargers’ Melvin Gordon announced he would not report to camp and would request a trade if the two parties couldn’t reach an agreement.

Days later, Dallas Cowboys running back Ezekiel Elliott reportedly stated, in private, he would hold out of camp until offered a new deal. While YahooSports.com Charles Robinson has noted the former top-five pick hasn’t officially declared it to the public, Elliott still is “looking for an extension” now rather than later down the line.

Both running backs have earned the right to begin extension talks. Gordon might have the upper hand in the sense that Elliott will be under contract with Dallas until the end of the 2020 season. Elliott could counter that stating his stats trumps Gordon’s heading into the 2019 season.

A majority of NFL rosters will have a feature back somewhere on their roster. While they will receive a bulk of the carries, that doesn’t mean the team can survive just handing him the ball 30-plus times a game.

Most rosters feature three running backs; your main workhorse, usually a power runner for short-yardage and a pass-catcher who can be effective on third-down. The feature back can do-it-all while the secondary runners have a role that usually defines their status for the game.

But for every Le’Veon Bell or Todd Gurley, there’s a C.J. Anderson and James Conner being just as productive. Should Bell had played last season; he would have made $12.1 million on the franchise tag. Instead, the Steelers settled with Conner, who made $578,000 in his second season and finished just 27 yards shy of joining the 1,000-yarder club, according to Pro Football Reference.

While the running back position has diminished in recent years, having a top-caliber back could help thrust a team from pretender to contender. Last season, the Steelers had 20-1 odds to represent the AFC in Atlanta, the third-best odds by an AFC roster.

Bell sat out, the Steelers’ offense lost a versatile weapon, and the team missed the playoffs for the first time since 2013.

But even when a team has a successful season from a rising running back, that doesn’t mean they’re destined to become the next great back. That’s why we see players such as Bell, Gordon and now potentially Elliott sitting and waiting for their contracts to be resolved.

Pick one to pay

When talking about some of the league’s premier players, Elliott might be one of the first that comes to mind. Drafted out of Ohio State, the stakes were high as Dallas elected to pass on safer picks such as cornerback Jalen Ramsey.

After three seasons in the Lone Star State, Elliott has set a pace to run his way to Canton if he can remain on Roger Goodell’s good side. He’s led the league in rushing twice (both seasons over 1,400 yards) and has finished with 2,000 all-purpose yards nearly twice. He fell just short of the 1,000-yard marker in 2017 but missed six games at the start of the season.

Gordon, on the other hand, while quietly one of the biggest risers, has seen his struggles in the NFL. Spending an extra season in the league ahead of Elliott, the Wisconsin runner averaged under four yards per carry before the 2018 season. He’s also seen far fewer carries than the ladder runner and only rushed for 1,000 yards once in his career.

Both players have also missed time but for different reasons. Gordon has only played in one full season and has dealt with multiple injuries that have forced him to miss nine games over the past four years.

If Gordon and Elliott both decide they want to holdout, they must follow the “Bell System.” Neither can teeter, wait for a phone call and then arrive mid-season. Either go full in or report to camp.

Neither side would be a winner if the pair of running backs missed significant time.

But the reality is; Gordon isn’t Bell. Neither is Elliott, but his case is stronger. One team has shown they can replace the production of a featured running back. The other side has looked lost without their primary runner in the backfield.

The harsh truth is with a position that seems to lose merit at the start of every season, the payment for a top runner is down. In both Los Angeles and Dallas, massive contracts are looming, and neither player is probably the first phone call.

The Chargers will need to find a way to re-sign Philip Rivers, tight end Hunter Henry and still pay both Mike Pouncey and Gordon. The Cowboys are looking at re-signing Jaylon Smith, Bryon Jones, Amari Cooper, and Dak Prescott, all of whom are up for new contracts next spring.

Gordon and Elliott might be top players, but their position is not top paid. In the end, though, someone with Elliott’s consistency likely has a higher chance of earning the guaranteed money right now more than Gordon.

This is not a shot at Gordon, but it’s the reality. Both should be paid, but Elliott’s the guarantee. Teams will pay for talent. Both Gordon and Elliott are talented.

Teams will pay for players who make their roster better. Elliott makes the Cowboys better.

Can the same be said about Gordon in Los Angeles? Probably. But don’t expect the Chargers ever to admit it.

NFL Recap Championship Week Preview: The Best of the Best