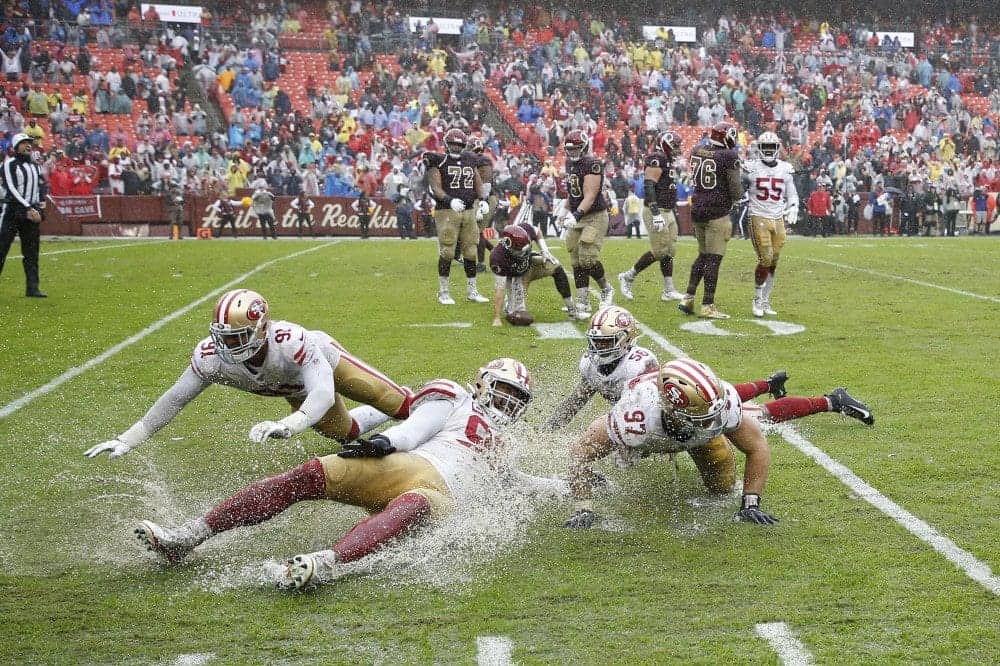 This week our Nosebleed Seats duo, Eric and Zach, kick off the show with the lackluster Week 9 trade deadline. Week 9’s trade deadline came and went with much to be desired, and left fans wondering. We heard all day that the Dallas Cowboys would get Jamal Adams and the New York Jets could deal Le’Veon Bell. Alas, nothing happened. The Dolphins were one of the lone teams to make a move.

The Week 8 overreactions start with the San Francisco 49ers being labeled the best team in the NFL, and should Mitchell Trubisky be benched? The 49ers remain as one of the two undefeated teams in the NFL, alongside with the New England Patriots. Their defense has been doing a fantastic job with Nick Bosa being unstoppable. On the other hand, the Chicago Bears don’t trust their starting QB in Trubisky. Before the trade deadline, the 49ers made a move for Emmanuel Sanders, and although there was a RUMOR that the Bears could look to deal for Cam Newton, that didn’t happen.

There is a Thursday Night Football preview with the 49ers being favored by a million, according to the Nosebleed Seats duo. It’s a divisional matchup for the 49ers on Thursday against the Arizona Cardinals. It should be a blowout.

Previous Episodes of The Nosebleed Seats

Are you looking for a previous episode of The Nosebleed Seats? Head on over to our archives so you can get caught up on all the latest news and updates throughout the NFL and the world of college football.

Find us on your favorite podcast platform

Did you know that The Nosebleed Seats is on iTunes? Find it down below, click the link, and hit subscribe so you can be alerted to the latest episodes as soon as they are published.

Besides The Nosebleed Seats, we have other podcasts here on Pro Football Network that align with the vision of our company. This includes the following:

To catch up on all their latest episodes and to subscribe, head on over to our main podcast page.

In this article:Featured, featured, Nick Bosa