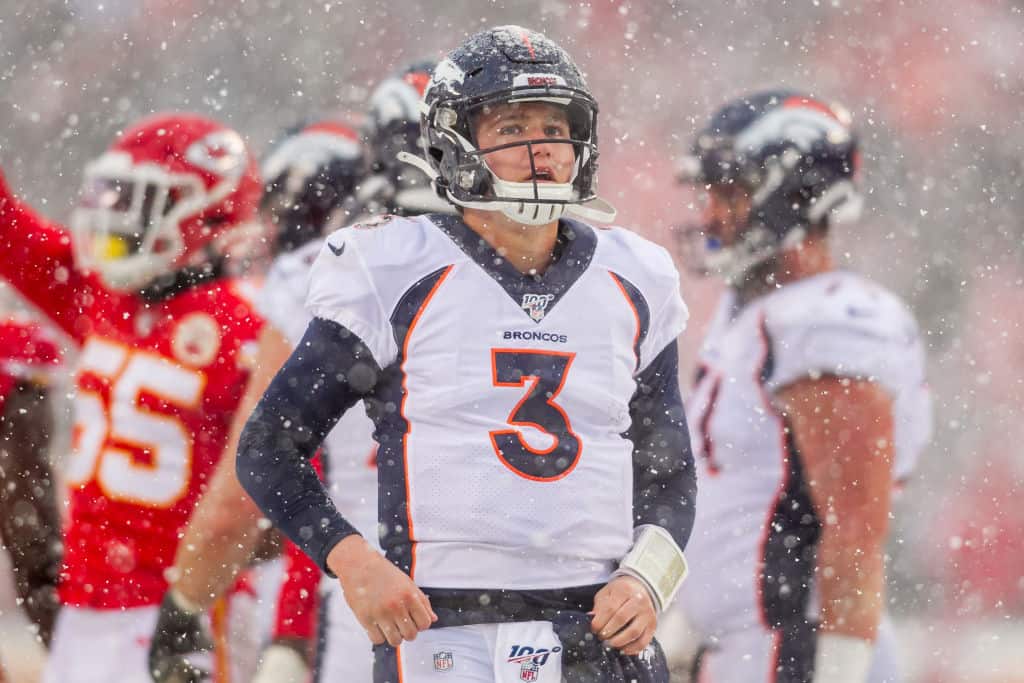 Another week of the NFL is in the books. Days are getting shorter, and wins are becoming more and more critical, especially for fantasy football. As with tradition, we break down the slate and report what the NFL weather forecast is going to look like for Week 7.

Overall, it’s been a relatively decent year in terms of weather. That might be the only thing we’ve had going for us so far, honestly. Injuries, guys underperforming in boom matchups, and, you know, this whole global pandemic thing that just won’t go away — like that crazy ex-girlfriend or boyfriend. 2020 has been one of those years that we’re never going to forget, even if we want to.

Let’s hope Week 7 is full of nothing but treats as we approach Halloween next weekend.

Note: All times are Eastern Standard Time, and all NFL weather forecasts and reports for Week 7 will be updated if any changes happen from the time of writing this up to kickoff. All betting lines are from DraftKings Sportsbook.

It only took seven weeks, but here we are, the first time we will see snow during an NFL game. It’s going to be cold, windy, wet, and it’s going to suck to be apart of.

First, we are looking at frigid temperatures. Expect temperatures to sit below 20-degrees, and with the expected eight mph winds, the wind chill will plummet into the low single-digits. In the thin Mile High air, thanks to the altitude, it will be brutal and make it hard to hang on to the ball.

Now for the fun part. We have the first real shot seeing snow, though the actual amount of snow is a bit of a question mark. Snowfall amounts can vary drastically in a relatively quick timeframe. Currently, the area is expecting snow accumulation totals of 3 to 5 inches. The National Weather Service has upgraded this to a Winter Storm Warning. We could see the majority of this hit during the game or only see one to two inches. Timing will be everything, but we should expect to see accumulations regardless. Throw in the freezing drizzle, and points could come at a premium.

It’s rare to see a Chiefs’ game with an implied total under 45 points.

They are still expected to score four touchdowns, meaning we will have stable fantasy value despite the weather report. The biggest storyline will be the usage split between Clyde Edwards-Helaire and new addition Le’Veon Bell. How will HC Andy Reid deploy both players, and can they both maintain their value? I am not in the camp that thinks Bell is the new RB1. I think this is more of a split, and Edwards-Helaire is a high-end RB2 even if his ceiling is now capped moving forward. Knowing the weather will impact this game, the rushing game could be the best way to move the ball and running backs get a slight upgrade in this matchup.

The final undefeated teams in the AFC matchup in what is going to be an unbelievable game. Can the Pittsburgh Steelers defense stop Derrick Henry after losing Devin Bush to a torn ACL, or will the loss of Taylor Lewan for the season have a massive impact on this game? Also, Diontae Johnson makes his return to the field, and it will be interesting to see how the target share is between him and rookie sensation Chase Claypool works out.

Yes, you read that right. Washington is the favorite in this matchup. It’s all going to come down to the Dallas Cowboys’ offensive line and if they can stop the Washington front seven and keep them off Andy Dalton. The Cowboys allowed Dalton to be sacked three times last week against the Arizona Cardinals.

When looking at the Week 7 NFL weather report, we are looking at cloudy skies, 50-degree temperatures, five mph winds, and a 40% chance of a light drizzle.

I say this every week, and it remains the same. Don’t play any New York Jets players in fantasy unless their name is Jamison Crowder. In Week 7, you don’t even get that. Crowder has been downgraded to doubtful (groin) and is 90% likely to miss the game. In his place, rookie Denzel Mims will make his first NFL start. If you are a dynasty player, I would try to acquire Mims before the game. He is likely going to have Trevor Lawrence and a new head coach next in 2021.

Don’t expect any adverse weather conditions for this game as we should see 54-degree temperatures, cloudy skies, and four mph winds.

Joe Mixon didn’t practice all week and has been ruled OUT for Week 7. RB Gio Bernard will take his place and should be viewed as a lower-end fantasy RB2. While not the talent of Mixon, he is going to see touches, including work in the passing game.

As for the weather forecast in Week 7, expect 53-degree temperatures, sunny skies, and six mph winds.

Yeah, that’s not going to matter in this game as no one knows Jimmy Garoppolo as well as Bill Belichick, and there is no way he is going to lose a game to his former player. Even someone as good as George Kittle will have a rough day as Belichick will take away your best option, and that is Kittle.

When looking at the Week 7 NFL weather report for fantasy, it should be a beautiful day with 53-degree temperatures, sunny skies, and six mph winds.

Teams on a Bye in Week 6