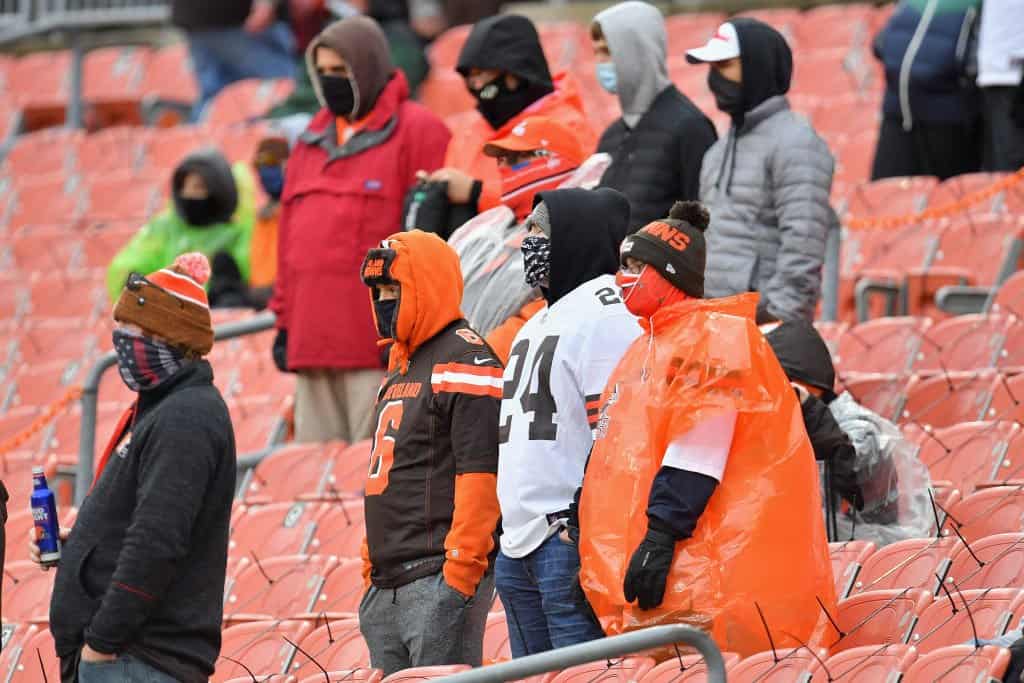 After a week that saw nearly every outdoor game impacted in some way or another by the weather, we have reached Week 11 in the fantasy football calendar. As with tradition, we break down the slate and see what the NFL weather forecast and report for Week 11 is going to look like.

Three weeks. That is how long you have left to secure your spot in your fantasy football playoffs. Don’t ask me where the year went because I have no idea. One thing I do know for sure is I am not ready for this fantasy season to be over. That’s why we are going to win this week and get one step closer to hoisting that hardware. This is how positive thinking and reinforcement works, right?

Note: All times are Eastern Time, and the NFL Week 11 weather report will be updated if any changes happen from the time of writing this up to kickoff. The NFL weather forecast for Week 11 is based on reporting from National Weather Service. All betting lines are from DraftKings Sportsbook.

NFL Weather Forecast and Report, Week 11 | Cleveland weather is once again going to be an issue

I thought the saying was “Cleveland Rocks”? Nothing about the last two weeks has rocked, and we see the same thing in Week 11 for the NFL weather forecast.

On a positive note, the wind won’t be an issue as we expect seven to nine mph winds. Also, for the middle of November, the temperatures are fairly mild as they will be around 40-degrees at kickoff. Now for the downside, which will be the potential for torrential rain, which is last time I checked, yes, 100% chance of precipitation.

This won’t be a sprinkle either; starting early in the morning, rain will move into the area, dropping nearly an inch of rain before it moves out. We should expect to see between three tenths to a half of an inch during the game alone. As an example, this is what we saw in 2019 for the San Francisco 49ers game when they visited the Washington Football Team in a game that ended 9-0.

After the game, head coach Kyle Shanahan mentioned how difficult playing in weather like this can be and how it affects all facets of the team.

”It’s not just throwing and catching, but it’s tough to stand up and block people, too,” Shanahan said. ”Everyone knows how the field always is, and just the way it was raining from last night made it a tough game for both sides.”

It’s also worth noting that the FirstEnergy Stadium’s surface is Kentucky Bluegrass, not a synthetic turf with better drainage capability. The field will be saturated before kickoff, and we could be looking at a Slip n’ Slide by halftime.

It’s hard for me to imagine many points, both on the scoreboard and for fantasy, in this contest. Both Baker Mayfield and Carson Wentz get a downgrade for me, along with most wide receivers. Due to the weather report, this will be a game won in the trenches and by the rushing game.

Luckily, the Browns have the best 1-2 punch at running back with Nick Chubb and Kareem Hunt, a duo that just rushed for 230 yards and a touchdown. Even though it should have been 232 yards and two touchdowns but Chubb had other ideas.

The Eagles brought in a familiar face in Jordan Howard, but he is not eligible to play. Therefore, this is Miles Sanders’ backfield for the day, as he sits as an RB2 due to the conditions both teams will be facing.

ESPN’s Adam Schefter reported on Saturday that the Cincinnati Bengals have placed RB Joe Mixon on the injured reserve. Mixon has not played since Week 6 and will now miss another three games, putting his return no sooner than Week 14. It is curious why they didn’t make this decision sooner.

Related | Gio Bernard Fantasy Outlook: Should you start him in Week 11 with Joe Mixon out?

Anyway, moving forward, Gio Bernard will be the team’s primary running back and carry weekly RB2 value. He has been an RB3 or better in his last four games, along with two performances inside the top 10 in PPR formats during that span. After Washington, he sees matchups against the New York Giants and Miami Dolphins.

When looking at the weather report, expect 55-degree temperatures, six mph winds, cloudy skies, and a 20% chance of rain.

What has happened to James Conner? Going against a Bengals defense that ranked 27th against the run, Conner carried the ball 13 times in Week 10 for a grand total of 36 yards while catching both of his targets for an additional 12 yards. The issue is the lack of balance on the offense.

As for the weather forecast in Week 11, expect 77-degree temperatures, nine mph winds, mostly cloudy skies, and a 20% chance of rain.

Out of all the games this week, I feel the least certain about my rankings on players in this one as it feels we have so many unanswered questions heading into Sunday.

First, who is playing quarterback for the Carolina Panthers? We keep hearing mixed reports on Teddy Bridgewater, and no one has a firm idea on who the backup will be between Will Grier or Houston Roughnecks standout P.J. Walker.

Then for the Detroit Lions, what happens in the backfield? Rookie D’Andre Swift has been ruled out with a concussion right after what seemed to be him taking over the backfield, leaving us with a mix of Adrian Peterson and Kerryon Johnson. I expect to see Peterson get the rushing game work and Johnson seeing the passing work, but head coach Matt Patricia works in mysterious ways.

When looking at the NFL weather report for fantasy, look for cloudy skies, calm winds, and 64-degree temperatures.

With Jadeveon Clowney being placed on IR, the Tennessee Titans will struggle to get pressure on Lamar Jackson, and maybe he can start to look more like the 2019 NFL MVP that we expected heading into the season.

The Titans have allowed the third-most fantasy points per game to their opponents this year, and after completing 75.4 percent of passes over the last two weeks, Jackson could have a great day. He’s also rushed for at least 53 yards in seven of his last eight games, so the floor is there while giving him the single-play ability to win you a fantasy matchup.

Don’t expect any adverse weather conditions for this game, as we should see 52-degree temperatures, cloudy skies, and six mph winds.

The Miami Dolphins are good? That felt weird to say, but I have a hard time arguing against it given the turnaround we have seen under Brian Flores, especially in 2020. No one on their team is an elite fantasy option, but they keep winning. Tua Tagovailoa is a QB2, DeVante Parker is a WR3, and UDFA Salvon Ahmed should lead their backfield but remains in the low-end RB2/high-end RB3 territory.

Related | Salvon Ahmed Fantasy Outlook: Is it safe to start the Dolphins RB in Week 11?

While these teams have star-studded offensive lineups, they both could struggle against the other’s defense as they are just as good. Tampa Bay gives up the seventh-fewest points to opposing quarterbacks (16.56), 10th to running backs and wide receivers (21.21 and 33.92), and are 16th against tight ends with 12.92 points per game.

The forecast will say that it will be decent weather across the league, but these NFL games are indoors, and teams will be playing in optimal conditions. The passing and kicking game will not be affected.