I’ve often seen fantasy football analysts reference a team’s rush/pass percentage from the previous year, but how often do those translate to the next NFL season? I’ve never taken a deep dive into the numbers, so I made it my goal to examine whether team rush percentage is one of the most predictive NFL stats or more fool’s gold that the fantasy community overreacts to.

The Baltimore Ravens finished 2019 with more rushing attempts than passes, so they’ll be the focus of our deep-dive into team rushing percentage. We’ll take a look at historical data available on TeamRankings from 2003-2019 to determine the impact it has on fantasy football production and the likelihood of Baltimore repeating their 54.07% team rushing percentage from 2019. Hint: Not bloody likely.

As the only two NFL offenses with more rushing attempts than passes in 2019, I’ve noticed an unfair stigma attached to pass-catchers on both the Ravens and the San Francisco 49ers. Is pass volume a legitimate concern for these offenses in 2020, or is the fantasy community too focused on past results? Let’s dig into the data and find out!

Can Baltimore repeat as No.1 in team rushing percentage in 2020?

Even with the dynamic Lamar Jackson at quarterback, the Ravens are a statistical anomaly unlikely to repeat their 2019 performance. Baltimore’s absurd 54.07% team rushing percentage will inevitably drop, but can they still finish as the league’s number one run-heaviest team? Let’s dive into NFL teams that finished number one in team rush percentage in previous seasons.

Looking at the numbers above from the past ten years, the only team to repeat their team rush percentage performance at the top were the Seattle Seahawks in 2012 and 2013. A closer look at the numbers shows that six of the ten teams had a top-six finish either the year before or after. So, while you shouldn’t expect Baltimore to finish first in team rush percentage in 2020, a top-five finish is certainly within the realm of possibilities.

If you dig even deeper into the rankings and expand your criteria for the 17 years that data is available, only one other team was able to repeat their performance at number one in team rush percentage. Joining the Seahawks as repeaters in NFL team rush percentage are the Pittsburgh Steelers. Pittsburgh ran an aging Jerome Bettis and Duce Staley into the ground in 2004 and did the same to Willie Parker in 2005. Over those two seasons, the Steelers ran the ball on 59.09% of their offensive snaps.

Now that we looked at the past ten years, what do the team rush percentage numbers say over the past 17 years that data is available? Are some franchises more prone to establishing the run, or is it all scheme/personnel-related?

To gauge success, we looked at how often each NFL franchise finished top-five in team rush percentage from 2003-2019. While we have established that repeating as the top team in rush percentage is a nearly impossible feat (twice in 17 years), we’ve seen that the top five is an attainable goal to repeat.

The Panthers, Vikings, Seahawks, and Titans lead the NFL with six top-five team rush percentage finishes over the past 17 seasons, while the Bills, Jaguars, Jets, and 49ers each finished with five top-five finishes.

Thirteen of the 32 NFL franchises finished with four or more top-five appearances over the 17 years, but there were surprisingly five NFL franchises not on the list. The Cardinals, Lions, Giants, Eagles, and Buccaneers must be team #EstablishThePass as they’ve never finished top-five in team rush percentage.

NFL team rush percentage and the impact on fantasy football

Now that we have the raw numbers and data available, how does this impact things on the fantasy side of the football world? Since the Ravens were a historic rushing offense, we’ll take another look at the 15 offenses to finish with more rushing attempts than passes over ten years. How did each position player finish in half-point PPR leagues, and how do the 2019 Ravens match up?

Wide Receivers: While rushing quarterbacks can siphon off some of the running back’s workload, wide receivers in rush-first offenses are at an instant disadvantage. Dwayne Bowe of the 2010 Kansas City Chiefs was the only wide receiver of a number one team rushing percentage offense to finish as a WR1 in fantasy football. Tyler Lockett, Anquan Boldin, DeAndre Hopkins, Michael Crabtree, and Sammy Watkins were able to produce WR2 seasons, but every other wide receiver finished as a WR3 or worse in fantasy football.

Tight Ends: On NFL offenses that rush the ball over 50% of the time, tight ends are in an even worse fantasy-spot than wide receivers. Only four tight ends (Mark Andrews, Vernon Davis, George Kittle, Marcedes Lewis) finished as TE1’s. Five tight ends finished as fringe TE2’s, while six others finished as TE3 or worse.

However, finishing in the top-ten or even top-five isn’t entirely out of the question based on the history of those that came before them. Since 2010, the league’s leader in team rush percentage had these finishes the following season: 5, 12, 1, 2, 12, 2, 3, 15, 6, respectively.

Finishing first in team rushing percentage isn’t easy to duplicate, but it can certainly be used to look at who’s likely to be an above-average rushing offense. Over the past ten seasons, not a single team that ended the season number one in team rush percentage has finished in the bottom half of the league in that category the following season.

On the other side of the equation, I do have growing concerns about potential Ravens superstar Marquise “Hollywood” Brown. Brown is a dynamic talent with a bright future, but the Ravens rush-heavy scheme, plus the emergence of Mark Andrews in 2019, is worrisome for his fantasy football consistency. Luckily for Brown truthers like me, these stats also show us that Baltimore is unlikely to repeat these rushing numbers in 2020, so Brown should see more volume in his sophomore campaign. 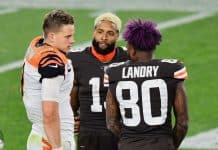 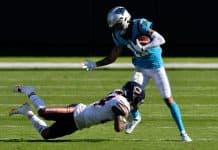 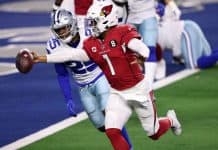 Fantasy Football Trade Analyzer, Week 7: Who to target before the fantasy trade deadline? 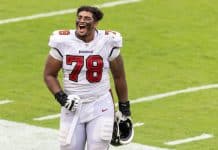 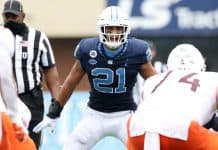