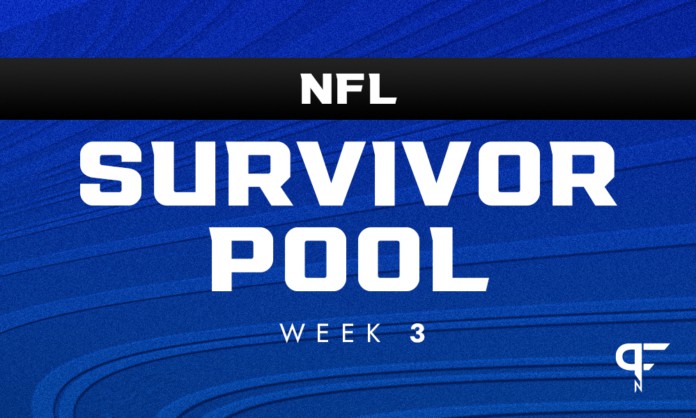 NFL Survivor Pool Week 3: Can you trust the Cardinals this week?

Week 3 of NFL survivor pools see several intriguing options on the table and some glaring trap games to avoid as you look to advance further.

Congratulations if you are looking for Week 3 NFL survivor pool picks — it means you live to fight another day! As each week passes, your survivor pool thins out a little more, taking you closer to glory. However, the competition also gets tougher every week. So which teams should you consider for your NFL survivor picks in Week 3, and which games are potential traps?

Which games are potential survivor pool selections for Week 3 of the 2021 NFL season?

On paper, Baltimore is absolutely a survivor pool pick this week. The only potential concerns for the Ravens are the club’s pile-up of injuries and the possibility of this being a let-down game after a huge win against the Chiefs last week.

However, the Lions have been thoroughly outplayed in two of the four halves they have played this season. It is hard to imagine Detroit being able to restrict the Ravens for a full game, even at home in Ford Field.

If you didn’t use the Broncos in your NFL survivor pool on the road in Jacksonville, at home against Zach Wilson and the Jets is an ideal opportunity. Wilson was thoroughly befuddled by New England’s defense, and Denver’s defense is arguably a better group.

The Broncos’ schedule toughens in the coming weeks with games against the Steelers, Ravens, Raiders, and Browns, so this could be the last opportunity to use Denver for a while.

A previous version of this article had the Carolina Panthers as a survivor pool selection in Week 3.

Which games are tempting to select for your NFL survivor pool in Week 3 but could end up as traps?

The 49ers are hosting the Packers for the fourth time in three seasons, and while they had Green Bay’s number in 2019, the Packers got revenge last season. With San Francisco dealing with a myriad of running back injuries, it could be tough for them to find consistency on offense.

While the 49ers may be favored by more than a field goal, this game feels like a coin flip between two potential Super Bowl contenders.

Other potential trap games in Week 3