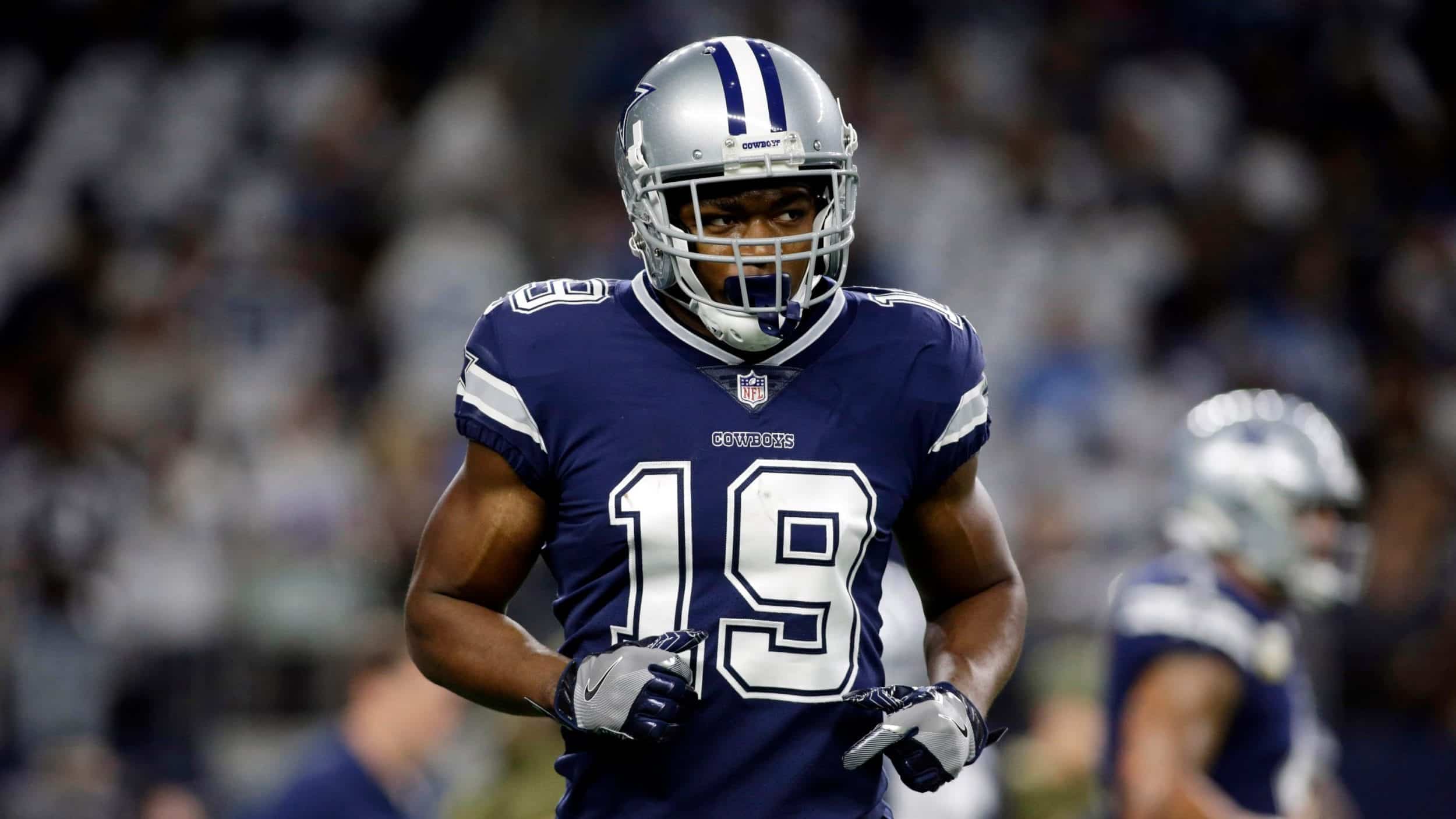 Last week I introduced a theme mixing NFL odds and fantasy football that I am calling, “Easier Money.”  While there truly is no such animal in betting nor is there in fantasy prognostication, we can always look for the “diamonds in the rough” to turn a weekly or seasonal profit. Those “diamonds” are hittable yardage over/under plays as “seasonal future” wagers.

The “roughs” I am talking about aren’t my most common areas I usually golf out of, but rather the places you need to spend some time to find these opportunities. I can assure you I am more on par with these than I am with a wedge.

Let’s take a slice at looking at a few wide receivers this season with some obtainable “pars” in which Vegas and other online/brick and mortar books have handicapped.

Here are some “easier money” wide receiver plays for 2019:

A year ago today, Amari Cooper was a declining name in fantasy/gambling circles after a lackluster 2017 season. Although entering 2018 with a pair of 1,000+ yard, Pro Bowl seasons, Cooper was a shell of himself in 2017 and had what many people could only have called the yips. Sometimes hitting the over on a 3.5 reception wager was painful to watch.

It did not start well with the Oakland Raiders to start the 2018 season. Through his opening six games, Cooper averaged a mere 46.7 yards per game. After the trade to the Dallas Cowboys, his per-game numbers spiked to 80.6 in the following nine contests. This trade was brilliant in reality, and gold in fantasy football circles.

Let’s look at his Dallas production and see how difficult it will be to predict that 1,100+ yard bar for 2019. If we take that over at 1,101 yards, Cooper will need to keep a pace of 68.8 yards per contest. So far so good, historically, in an albeit small sample with the Cowboys.

In his career as a Raider, up until his last week with them in 2018, Cooper recorded 3,183 yards in 52 games. That equates to 61.2 yards per game. Playing Devil’s Advocate, and with less scenery-chewing than Keanu Reeves, imagine he averaged those Raider numbers for a full 16 games. That gets you 979.2 yards, off by 122 yards, which is 7.6 yards per game.

Ask yourself first, is Cooper 7.6 yards better a game in Dallas than he averaged in four years per game with Oakland?

Sit back and enjoy a full season of Cooper playing in a contract year with an improving QB, and a once-again disgruntled running back. Slot machine yardage totals for a guy looking to double this mark.

I laugh at his ability and potential to destroy the NFL odds on this one when considering his career. He averages 64.1 yards per game, and this only has nine games from his time with Dallas averaging 80.6 yards per game. Let’s be safe and estimate 70 yards per game for Cooper in Big D this year. That gets you 1,120.

Take the over and notice the lackluster odds for a reason. Place a hefty chunk confidently here, as my prediction is Cooper is a top five-to-seven yardage beast this season. Vegas seems to know this is a rather obtainable bar to place for Cooper: I declare a “gold mine” season in Dallas.

While one playmaker is seeking his payday, another one just inked his. Michael Thomas secured a well-earned extension, and now I believe he’s motivated to prove his worth and be spoken about in the same WR class as DeAndre Hopkins, Julio Jones, Antonio Brown, Odell Beckham, Davante Adams, and Mike Evans.

Hear me now and commission me later – the Saints are winning the Super Bowl. Even if they fall short a game or so, Thomas will hit 1,400 yards+ again this season.

Drew Brees could very well be the next great to “walk off into the sunset” in 2019.  If he does so, it will be in large part due to his number one target.

For Thomas to hit this mark, he needs to pace at 79.8 yards per game. While a high mark at first glance, consider his history. Yearly in his career, those per game yardage marks were 75.8, 77.8, 87.8, respectively. For his career of 47 games, he averages 80.6. That easy math alone gets you the over. I love an upward trend as well for a fourth-year WR.

Will he keep true to his career per game mark? I am betting yes, and emphatically so with those odds. When gambling, you need to place down green to earn green, and the NFL odds in Vegas are saying there is profit here at a slight risk at -125. We’re still gambling, but this is a makeable par-putt here. He is perhaps the safest fantasy football play out there along with DeAndre Hopkins.

Now we are getting to the more challenging wagers, and here is a veteran I will say has too much new company to hit some lofty yardage goals.

While I love T.Y. Hilton as a player, I also love the emergence of Eric Ebron as a tight end weapon, Marlon Mack as a running back, and let’s not forget wide receiver additions Devin Funchess and rookie Parris Campbell.

That Fearsome Foursome alone is enough for me to sway towards a more pedestrian year for Hilton. This is not a knock, and while Hilton could be a cash cow in fantasy for his touchdown potential and big plays, I think there is too much company to warrant him safely hitting this figure.

Another factor could be his health. While usually as steady as can be, Hilton missed a few games last season. With an Indianapolis Colts team looking for deep playoff success, a Week 17 sit and relax can also distort the framework of the current NFL odds for heavy Hilton yardage investors.

We have the age/health factor, the emerging other weapons to worry about, and a career average of 75.0 yards per game. While I know he is more true to his 90 yards per game mark set twice over the last three seasons, we have to come to a middle ground. If he can target 80 yards per game, that would end his year at 1,280, just five yards differential in that model to his O/U mark.

This one is a tough play because the math says it is mildly obtainable. I would say, however, that by Week 12 there could be a worry. A missed game or an early exit or two just leaves too much risk here and skews the current NFL odds.

If I had to “George Costanza” this into a paraphrase, “It’s not him, it’s them!” Any time I associate Constanza with gambling, you’d be wise to stay far away.

There are too many cooks in the kitchen with Indy for Andrew Luck, and for me to have faith in an easy payout with Hilton. He may miss this by a nose of a ball, excruciatingly so.

Jason Sarney is a writer for the Pro Football Network covering Fantasy Football and Gambling. You can follow him @JSarney_PFN365 on Twitter.