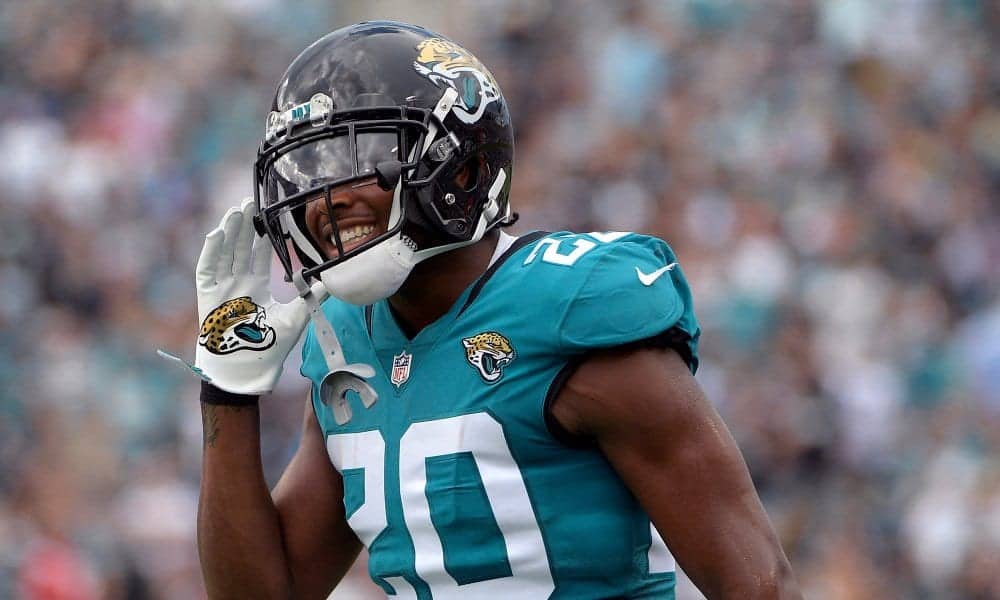 AP Photo: Phelan M. Ebenhack,
What's in this article? Click to show
Los Angeles loses because…
Jacksonville lost because…
So, who wins?

Even if you didn’t want to believe it, you knew it was coming. Jalen Ramsey, perhaps the league’s top cornerback, was tired of playing for a pretender.

Problems arose over the last few weeks with rumors stating that Ramsey wanted out. After sitting due to multiple reasons, the Jaguars officially decided it was time to move from the All-Pro cornerback.

Jacksonville shipped Ramsey out west to the Los Angeles Rams. In return, Les Snead gave up first-round picks in 2020 and 2021, and a fourth-round pick in 2021. Los Angeles also traded cornerback Marcus Peters to Baltimore for linebacker Kenny Young and 2020 fifth-round pick while acquiring offensive lineman Austin Corbett from the Browns for a 2021 undisclosed selection.

On paper, it’s hard not to imagine the Rams looking like the true winners of this deal. Snead was able to part ways with a disgruntled cornerback on an expiring rookie contract in favor of one of the league’s top defenders. The long-term plan is to extend Ramsey to a contract, keeping him a plan for the future out in Englewood.

Meanwhile, Jacksonville was able to haul in a nice value for a player who likely would have left following the 2020 campaign. With the money saved that would have gone to extending Ramsey, Dave Caldwell and his staff can focus on paying players such as Yannick Ngakoue or potentially Leonard Fournette.

In blockbuster deals like theses, people care only about who were winners and who were losers. A struggling roster could be considered victors due to their ability to collect draft collateral. Other times it’s the disgruntled player who now is on a “contender” for the remainder of the season.

Others might disagree, but for now, there is no winner. Los Angeles is getting a premier cornerback, but there are still issues. Meanwhile, scouts could be laughing at Caldwell due to some recent trades earlier this season that occurred.

Time will tell who wins and losses, but for now, nobody should be walking away feeling content.

In some ways, who would question the move to acquire a player like Ramsey? He’s a 24-year-old shutdown corner who still has two years on his rookie contract. Canton is still a ways to go, but the early progress has put it into perspective.

As for the attitude; remember Deion Sanders? You, know, the guy who told the New York Giants to take him off their draft board because he wouldn’t be there? Public Enemy No.1? All he did was shine in coverage and helped two teams each win a Super Bowl. Showing up in an armored truck sounding like Rodney Tidwell should be the least of the Rams concerns.

Los Angeles sitting at 3-3 have proven that the organization needed to correct several issues. The team placed cornerback Aqib Talib and safety John Johnson on injured reserve. Outside linebacker Clay Matthews is expected to miss time after suffering a fractured jaw.

But pair Ramsey with perhaps the top defender Aaron Donald in a Wade Phillips formation makes fans mouths water. Throw in Young, who has seen limited production in Baltimore, but shows potential into the mix and the defense could survive.

Now, what about the offense.

Since the extension of Jared Goff, the 2016 first overall selection has struggled to build off his 2018 success. Unable to connect with his targets and without a reliable run game, Goff has thrown for seven touchdowns and seven interceptions.

Gurley’s production was expected to take a hit following the news surrounding his knee in the offseason. So far, the rumors have proven true. After receiving his contract extension just before the start of the 2018 season, Gurley’s production began to decline.

This season, he’s been nothing but an afterthought in Sean McVay’s offense, averaging roughly 13 carries a game and collecting 270 yards.

Los Angeles has been one of the few teams that could care less about their first-round pick. Goff was the last time they used the selection on a player, and to acquire him cost a ransom. They also traded away a 2018 first-round pick to acquire Brandin Cooks and traded out last April with Atlanta.

Just because the team hasn’t used their top selection in recent memory doesn’t mean there’s no value. Matthews and Talib are 33, while Eric Weddle is likely done after his latest contract. Meanwhile, the offensive line has played a factor in Goff’s downfall, with multiple players injured and backups taking on starting roles. Meanwhile, how much does Andrew Whitworth have left in the tank?

Ramsey, still awaiting a new deal from his team, is going to cost a hefty price come nearing negotiations. That also means the team will likely miss out on other free agents to keep him around. One way that could be fixed is by finding players early in the upcoming dr…ohh right.

The Rams concentration will be going to signing Ramsey and perhaps former and now current teammate Dante Fowler Jr. In a game that’s ever-changing, missing out on first-round talent could be the difference between mediocrity or money-making success.

Right now, no one really knows what direction the Jaguars are heading in. It would be fair to give the season a mulligan at a start where Nick Foles broke his clavicle and was placed on the injured reserve. Instead, Gardner Minshew came in and impressed early, leading to hope back in Duval.

No one is saying that Minshew cannot be a franchise-caliber quarterback, but he’s starting to unravel week by week. Another struggling start and the Jaguars will likely hand the ball back over to Foles when he returns in late November.

Meanwhile, the team now has money available to spend in free agency and within their own organization. Ngakoue should be extended in the coming weeks, as should players like Fournette and perhaps Marcell Dareus.

With four first-round picks over the next two years, Caldwell will hopefully be able to find four franchise players. That could range from offensive line to tight end and maybe even the secondary.

No matter what, the team will need to go after a wide receiver to pair with the emerging superstar DJ Chark. They also should look early to find Ramsey’s replacement in potentially someone like Ohio State’s Jeffrey Okudah or LSU’s Kristian Fulton.

At the same time, all these selections have to be hits. Whether the Rams retain Ramsey or not, trading away a sure-fire star is no easy task. In the end, it was too toxic for ownership and the elite corner to stay together.

Should both picks stumble or fail to produce, it’s a loss for Jacksonville. With the production of Ramsey in coverage, Jacksonville still produced one of the better secondaries in the league. It might have been easier to fire Tom Coughlin rather than give up a player with his skills.

This also is the lowest of the deals we’ve seen in recent memory. Khalil Mack wanted a contract extension from Oakland and they shipped him to Chicago for two first-round picks and a third-rounder. Miami wanted to rebuild, so they sent Laremy Tunsil and Kenny Stills to Houston for a pair of first-round selections and a second-rounder as well.

Jacksonville had a chance to ask for the overhaul from a desperate team and settled on a fourth-round pick. It’s still a nice return, but there could have been more to the deal.

Los Angeles went out and got themselves a star. The question is why? Finding players who could help contribute for a lesser price could have fixed the woes on offense. And although the addition of Ramsey over Peters buys them another season before opening their wallet, the offense has been the problem.

Goff will need to be corrected, not Phillips’ design. The offensive line has struggled, leading to the Pro Bowl quarterback looking more like a bust each day. Without the likes of Gurley adding a second element to the offense, who is afraid of the once-mighty Rams?

As for Jacksonville, the team decided on an executive over a player. Losing Ramsey will cost the team thousands in fan revenue while attendance is sure to take a hit as well. It could pay off for them in the end, but that won’t be answered until down the line.

Is Minshew the Jaguars franchise quarterback? Perhaps; time will tell that one. The reemergence of Fournette brings hope, but consistency has not been his strong suit this year. Chark has the skills to be a star, but an offense can’t thrive under two players. That’s where the Ramsey picks will come into play.

If they all are misses, nobody wins.

The Rams made a move thinking they were “just a cornerback away” from returning to glory. They’re not, in fact, not even close to it. Jacksonville did what’s best for their future, yet somehow, they’re still in the divisional race should Houston begin to struggle.

And Ramsey himself is a loser in some way. Wanting a fresh start, there’s no guarantee that the Rams will pay the All-Pro this season. An injury could belittle his stock by some and he could very well be back on the market. The team could also struggle on offense in the now exciting NFC West, missing the postseason altogether.

So, be happy Rams fans on getting an elite corner. That doesn’t change your offensive woes. Congrats Jacksonville on grabbing picks for your future. They still have to be productive for giving away a hall of fame player.

There’s no way of answering who is right or wrong.