Week 3 continued to bring chaos across the NFL as the Kansas City Chiefs and Buffalo Bills suffered their first losses. After each week’s slate of games wraps up, we’ll be updating you weekly on the best NFL MVP betting odds. With that, we’ll highlight the biggest risers and fallers for you to consider betting on.

Winning the MVP award is difficult because of the number of factors involved. The best candidates have the right blend of narrative for the public to embrace their MVP campaign, the statistical achievements needed to win, and team success. It’s critical for any serious candidate to have all three criteria met. Let’s dive into Week 3’s most notable risers.

We now have a new No. 2 betting favorite for the NFL’s MVP award: Jalen Hurts. The Eagles’ star quarterback has better odds than Patrick Mahomes and only trails Josh Allen. He was our top sleeper for the award in the preseason but has rapidly improved his standing with three terrific performances. In fact, Hurts just keeps getting better each week.

Hurts put together his most explosive passing performance of the season yet in Week 3 against the Washington Commanders. Completing 22 of 35 passes for 340 yards, giving him an absurd 11.43 yards per attempt. He also chipped in 20 more rushing yards. Washington successfully shut down the Eagles’ vaunted running game, but Hurts responded with a constant peppering of targets to DeVonta Smith and A.J. Brown. 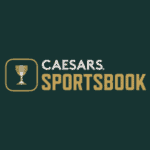 One of the most fascinating aspects of Hurts’ growth is his shift from utilizing Dallas Goedert as a main weapon to relying on Smith and Brown. It makes sense as both receivers can be dominant in their matchups. Thankfully for Geodert’s fantasy managers, the athletic tight end is still a featured target even if he’s not the primary read on as many snaps.

For as much as it feels as though Goedert’s taken a back seat, he’s seen his targets drop from five per game and 16% market share to about 4.6 targets per game and a 14.8% market share. That’s barely noticeable even if, aesthetically, his targets aren’t as predetermined. Hurts has progressed to reading the entire field and improving his pre-snap understanding of where he wants to go with the ball.

Hurts is for real and here to stay. Look for him to continue flourishing as he faces a very favorable schedule for much of the 2022 season.

I thought the Ravens were playing with fire when they entered the season so clearly relying on Lamar Jackson to carry their offense once again. As much fun as it is to see him controlling the offense, there comes a point where it’s too much for any one player to overcome the inconsistency of others. So far, so good for Jackson and the Ravens.

He followed up his incredible display against Miami with another gem against New England. Completing 18 of 29 passes for 218 yards and four touchdowns, plus another 107 yards and one touchdown rushing, Jackson continued to be an unsolvable problem for offenses. And he’s playing the best ball of his already impressive career.

Baltimore’s receiving options have played well when they’ve needed to step up. We knew Mark Andrews would dominate, and he has. But Rashod Bateman and Devin Duvernay have chipped in when the offense has needed him most. If that continues, Jackson could absolutely win the MVP award once again.

After premature talks of Trevor Lawrence being a bust after a rough Week 1, things have turned around quickly. The Jaguars offense found its groove in Week 2 against the Colts and then eviscerated the Chargers’ talented unit in Week 3. Lawrence is here and budding into a star.

There’s little chance of Lawrence winning MVP in 2022, but his improved play must be mentioned. This coaching staff has surrounded him with specific role players and then put them each into a position to succeed with efficiency. Lawrence has thrived with a variety of short and intermediate throws as he did in college.

Lawrence is up to a 69.4% completion rate, 772 yards, and six touchdowns to only one interception on the year. He’s playing with significantly more confidence pre-snap, and the results have been a direct reflection of that. It’s really fun to see Lawrence playing well considering his immensely talented arm and willingness to throw off-platform.

His upcoming game against Hurts and the Eagles will be a big moment for this Jaguars team as they’re positioning themselves to fight for the AFC South crown.

What’s happening in Arizona isn’t all on Kyler Murray and was actually predictable based on the repeated mistakes in roster building this regime has made over the last decade. The Cardinals lack depth and impact players throughout their roster. Last year’s meltdown in the second half of the year wasn’t a fluke or even a reflection of the coaching staff but rather roster mismanagement.

But Murray hasn’t been the guy Arizona hoped he would become after signing him to a $230.5 million deal this past offseason. He’s done a fine job overcoming a limited offensive line and receiving crew with two guys who are barely NFL quality in A.J. Green and Andy Isabella. It’s still hard to feel he’s doing as much as he can, though.

Averaging only 5.6 yards per completion isn’t acceptable. Murray has also given up on being a run threat, totaling 65 yards on 12 carries through three games. Defenses are sitting in shell coverages and Murray is content to let it happen and take what’s given to him.

Murray’s immense physical gifts aren’t being maximized by his own mindset. His MVP odds are dying off quickly, just like the Cardinals’ postseason hopes.

The Raiders’ 2022 season was supposed to be different. Adding Josh McDaniels was supposed to help bring efficiency to an offense that lacked a running game. Acquiring Davante Adams and Chandler Jones were justifiably blockbusters but left the rest of the roster thin.

Through three games, the Raiders are clearly a good but flawed team that doesn’t have a large margin for error. With three losses by a combined 14 points, a tipping point is coming soon. Either they learn to win close games, or their season will be a major disappointment.

Derek Carr hasn’t nearly been as effective as expected. He’s completing just 60.8% of his passes, down eight percent from last year. But he’s throwing the ball at the seventh-highest rate in the league and has the most yards per game of his career. It’s not all on Carr, but his consistency in what he can control must improve.

Chiefs vs. Broncos Prediction, Odds, and Picks for Week 14

Buccaneers vs. 49ers Prediction, Odds, and Picks for Week 14

Jaguars vs. Titans Prediction, Odds, and Picks for Week 14

Where To Find NFL Public Betting and Money Percentages

Panthers vs. Seahawks Prediction, Odds, and Picks for Week 14