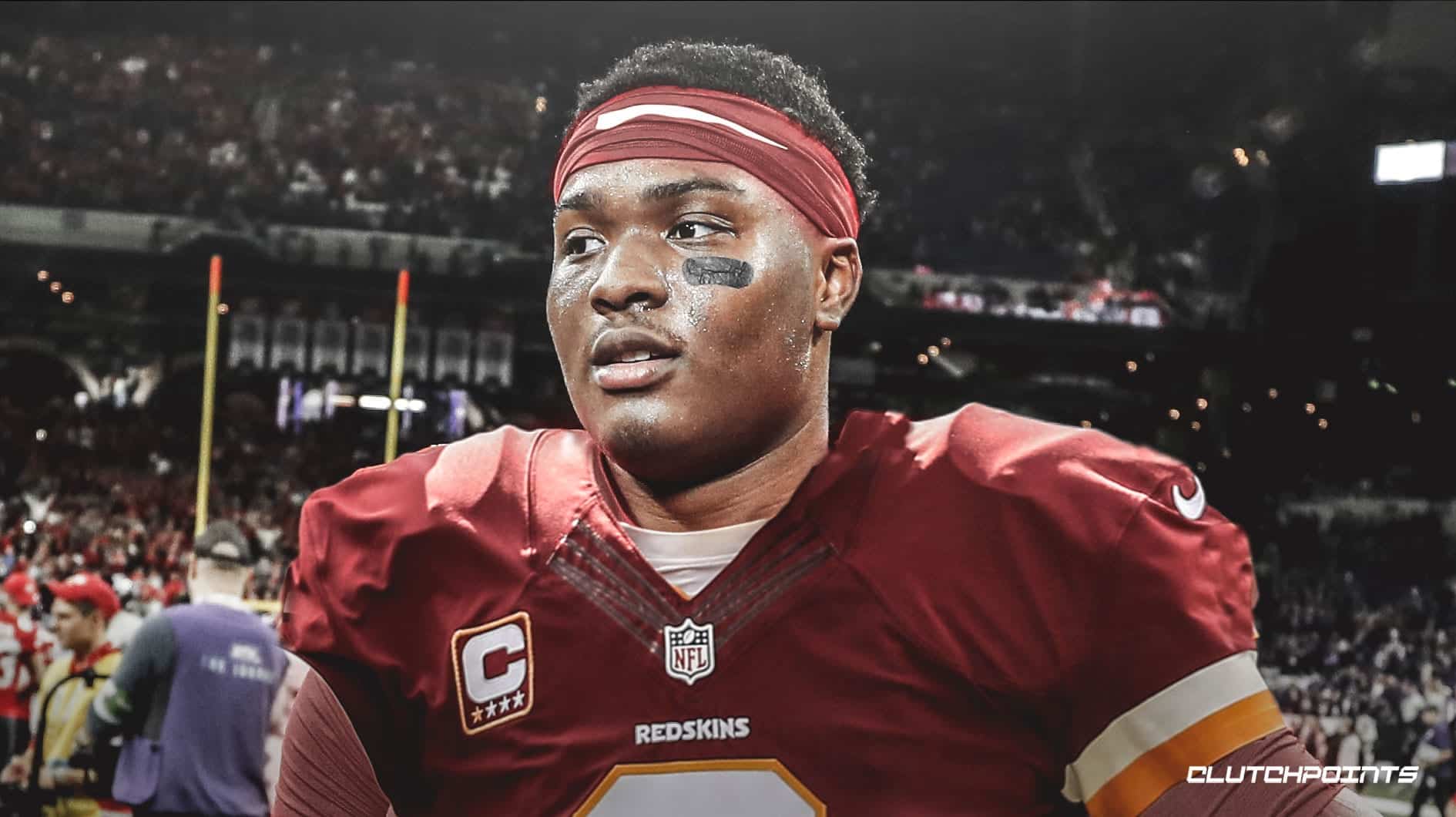 The 2019 NFL season has been plain weird. We are just past the quarter mark, and already 10 of the projected starting quarterbacks from the preseason will not suit up for Week 5. On top of that, who else predicted the final three undefeated teams would include San Francisco?

But while three franchises look to claim the undefeated title that has only been held by the Miami Dolphins since 1972, six teams are trying to get a win. That stat might be the strangest one of all.

Over the past three seasons, there’s only been one winless team after the first four weeks of the season. In the last decade, only once has four teams begun the quarter-half of the year without a win. And the Pittsburgh Steelers could have made it seventh if not for their Monday night victory over Cincinnati.

The bottom six rosters probably were expected to miss the postseason. Now, they are just hoping to either salvage their season or continue their one-way trips to winlessville. But say a team wanted to win? How would they do it, and what would the rosters have to change to achieve that goal?

It’s nearly impossible to pinpoint, but here’s the best bet as of now.

The Arizona Cardinals allowed Josh Rosen to be sacked 52 times last season behind a horrendous offensive line. The team believed that with a more dual-threat signal-caller such as Kyler Murray, they’d have less to worry about in passing sets.

Sometimes Steve Kiem just knows how to make people laugh at his pain. Four games into the No.1 pick’s career and his offensive line have allowed a league-high 20 sacks. But Rosen was the big problem, right everyone?

The one saving grace for Arizona is Kliff Kingsbury‘s air-raid offense that was supposed to rejuvenate the league. It somewhat has as Larry Fitzgerald looks as if he could play for another few seasons. Allowing Murray a little more time to find an open target could do wonders for the Cardinals’ offense. The teams have several quality weapons in David Johnson, Christian Kirk, and Andy Isabella.

Arizona is settling for field goals when they should be scoring touchdowns. Their whole process was about rebuilding. To show any improvement on the foundation, they have to protect their franchise NFL quarterback.

You know, until next year, when they trade him to Cincinnati and draft Tua Tagovailoa with the first pick. Speaking of the Bengals…

Right now, the Dolphins are more fun to watch than the Bengals, and they have no one. Perhaps the most mundane football team in America, the Bengals are losing outright due to a weak offensive line, under-achieving weapons, and a lack of quality depth on offense.

Plus, it’s past-prime Andy Dalton; what did you expect to happen?

One way the team could at least see brighter days is by getting healthy. John Ross is now expected to miss eight weeks due to shoulder surgery, while A.J. Green‘s timetable seems to continue to be pushed back. Once the two return, they will add a more stable core to the Bengals’ receiving room.

Outside of that, what else is there really to do? Without half of your playmakers, not even Zac Taylor, you know, the guy who had an afternoon delight chit-chat with Sean McVay a few times could fix this mess. The Red Rifle is likely in his last season, so Cincy could just cut their losses, valuable trade assets, and draft their future next year.

Will he be better than the great three-time Pro Bowler? Who knows at this point to be honest.

Denver really can’t catch a break. After falling early to Oakland, Vic Fangio’s squad had the opportunity to go 2-2 over their next three games. A controversial “roughing the passer” call negated one win while a goat with a mustache ended the other.

There have been rumors that the team could sell high on players like an Emmanuel Sanders or Chris Harris to open the cap space. Plus, Bradley Chubb is out for the year with a torn ACL, hurting their already lackluster pass rush. Last week, that could have been the reason the team struggled, but Denver sacked Gardner Minshew five times and look what happened.

Joe Flacco probably isn’t the long-term plan under center, so maybe the team should see what they have in Drew Lock when he’s eligible to return from injury reserve. Minshew started after a rough preseason and look at his success thus far. Last year, Flacco was replaced by Lamar Jackson, and the Ravens won the AFC North. John Elway eventually won’t be cleansing himself of a quarterback each season again, right?

With games against the Chiefs, Vikings, Browns, and Bills coming up, without an established pass rush or solid defensive set up, Denver could stay winless. Lock’s return might not offer them many wins, but it could at least catch some teams off-guard. Sometimes, that’s all it takes for a team to get a win and see some promise.

This is painful to write because Josh Rosen could be a good quarterback. He could also be the worst quarterback in NFL history. That’s really never going to be proven because not even Dan Marino could win consistently with an NFL roster like this.

Not only did the team trade away their best offensive player and a promising secondary member, but they are also struggling all across the board. Miami currently ranks last in:

They also rank in the bottom five of every other category on both sides of the ball. Hopefully, Dwayne Haskins is making rookie mistakes in Week 6 when the pair meet. That or Sam Darnold is still locked away from spending late nights at the kissing booth.

New York Jets: Get back Sam Darnold and Chris Herndon

New York was a mediocre team before the franchise quarterback was quarantined with cooties. Adam Gase is not proving to be a good hire as one of the final stains that were the Mike Maccagnan era. At the same time, though, what did you expect when three of the five top offensive players are out with injuries or suspension?

Sam Darnold, Chris Herndon, and Quincy Enunwa are all out for multiple reasons. The good news is that Darnold has begun practicing once more, and Herndon will be off the NFL’s suspended list next week. The duo were bright spots on New York’s offense last season, combining for 502 yards and five touchdowns.

No one is mentioning the fact that the defense has also been missing Avery Williamson, C.J. Mosley, and first-round pick Quinnen Williams. Games against teams like Miami, Washington, and Cincinnati are all toss ups. With the return of Darnold and Herndon, at least the offense should be able to put points on the board.

Keep in mind this team still features a slot weapon in Jamison Crowder and do-it-all Le’Veon Bell in the backfield. Once everyone returns, or at least Darnold, they should win at least several games.

Washington Redskins: Burn the franchise to the ground

Burn it all…. burn it all Dan Snyder. Burn the mess you’ve created and destroyed forever, you son of…

This is a two-parter because, for one to happen, the first domino must fall. It’s no secret that Jay Gruden’s days as Washington’s head coach are numbered. It’s fine for him since his brother is luckily going to open a casino-based sports bar with him in Las Vegas when they’re coaching there.

The franchise has struggled for multiple seasons, mainly due to Gruden and management failing to admit a divorce was needed. Snyder, the team’s owner, played a pivotal role in drafting Dwayne Haskins with the 15th overall selection. Now, to see what could be the future, the firing of Gruden would likely lead to the Ohio State rookie starting for good.

Haskins’ first taste of the NFL wasn’t the ideal start Washington fans imagined. Adjusting to the NFL takes time, and learning while playing could benefit him. Washington also faces Miami and both New York teams, who could be struggling come midseason. The Dolphins are up next week.

The organization has far too many questions to answer in the future. What to do with Trent Williams? Is Landon Collins not worth the lucrative deal? Is Jordan Reed done? To maybe get a win now, the team needs to start Haskins. Even then, that might not be enough. Still, is anything worse in October right now than Washington?

Well, maybe the fact that we’re three days into the month, and Christmas decorations are up in some stores.