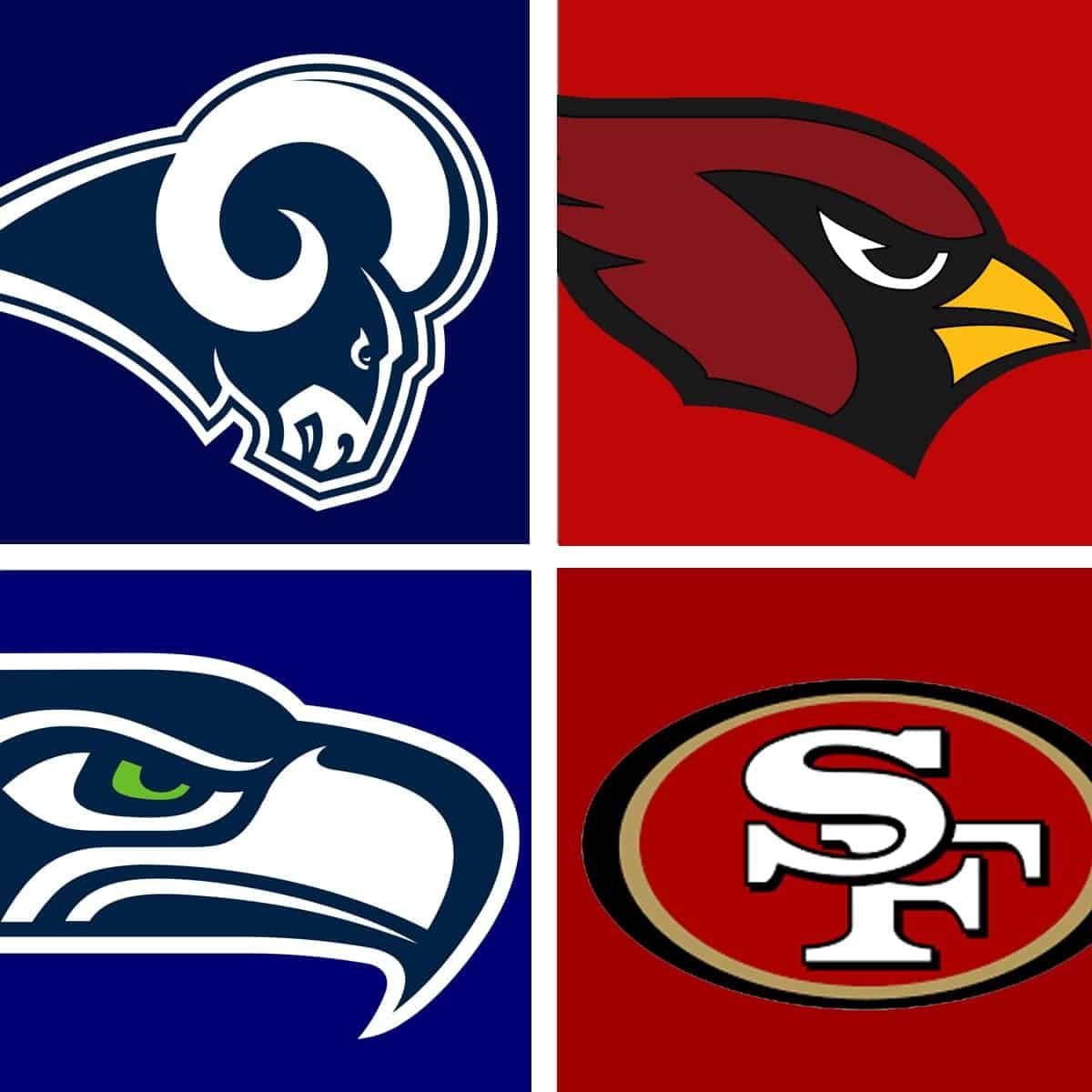 With NFL Free Agency just around the corner, what players can we expect each NFC West team to pursue once the clock strikes midnight? Taking team construction and salary cap into consideration, here are some players each team should pursue in free agency.

There was a recent tweet by Geoff Schwartz (@geoffschwartz) which you can see below regarding team building. He claims the four pillars a team should build upon are the quarterback, left tackle, pass rusher and cornerback. I agree with him 100%. If the players listed below seem a bit redundant, it is because I am trying to follow that principle. With that in mind, let us examine who the Arizona Cardinals, Los Angeles Rams, Seattle Seahawks and San Francisco 49ers should be targeting in the NFL Free Agency.

WR isn’t a premium position. WR is the icing on the cake. The cake is QB, LT, pass rusher and CB. You aren’t winning unless you have those four positions first. https://t.co/ytlwUZGkE8

All of the talk pre-draft has been focused on Arizona potentially taking Kyler Murray first overall. What would that mean for Josh Rosen? Regardless of who is under center in 2019, they will need to be protected. Arizona had one of the worst starting centers in the league in 2018 in Mason Cole (ranked 34/38 qualifying centers via Pro Football Focus (PFF)). While he won’t be cheap, any investment in the offensive line is ultimately an investment in their quarterback. Morse made the all-rookie team in 2015 and has been a steady presence on the interior of the Kansas City offensive line all four years he has played there. Matt Paradis is another option, but both are expected to get over $10 million a year, so the edge goes to the younger Morse.

Note: Morse intends to sign with the Buffalo Bills, per Adam Schefter.

Considering the Cardinals seem to be starting over with the hiring of Kliff Kingsbury and the possibility of drafting Kyler Murray it might be difficult attracting free agents. They may look to stay in-house and retain Gunter, who finished 59/112 defensive tackles according to PFF. Gunter has expressed interest in staying in Arizona, claiming he and Robert Nkemdiche were the future of the Cardinals in late November. While I doubt they attempt to keep Nkemdiche, they should express some interest in Gunter.

Wake would fit in perfectly with the Rams recent model. At 37 he still showed he could play at a high level, grading out as the 11th best pass rusher amongst defensive ends according to PFF. As a veteran who has made his money and now could be looking to join a contender, Los Angeles seems like a perfect fit.

After releasing Johnathan Sullivan, an area of strength has turned into an area of need. Saffold has expressed interest in coming back but also wants to get paid. The Rams have already retained defensive end Dante Fowler and signed safety Eric Weddle on a discount so the money might not be as big an obstacle as previously anticipated. Guards can play well into their 30’s, and I like the idea of retaining continuity along the offensive line.

The interior of the offensive line for Seattle was well below average in 2018. Whether it be center or guard, I would expect them to address the unit in some capacity. Then again, I expected them to let Russel Wilson pass more, and they have shown that it is not in their plans. Using that logic, I think Atlanta Falcons guard Ben Garland would fit in nicely with their offensive philosophy. He was graded as the third best run blocker among guards according to PFF. There is too much financially invested in center Justin Britt to replace him, and he deserves some slack given 2018 was his first below average year according to PFF. I’d expect an offensive guard to be the position they look to improve.

For a team that needs to conserve its resources to retain Russel Wilson next year, Ansah seems like a perfect fit. He can be brought in on a one year “prove it” deal at a severe discount. It would give the Seahawks a potent pass-rushing duo at a minimal cost. For Ansah that is.

Richard Sherman played surprisingly well in his first year with San Francisco, but an upgrade is needed on the opposite side of the field. Enter Pierre Desir, who had a breakout year in Indianapolis in 2018 (then again who didn’t?) While I expect Jason McCourty to get the most attention, Desir is younger and could have his best days ahead of him. He should also be cheaper than the more famous McCourty as well. Desir fits well with the San Francisco defensive scheme and would help them solidify one of the four key positions in team building, which I mentioned above.

These players I could see several teams in the division vying for come NFL Free Agency.

Rams, Seahawks, 49ers: While I like Wake as a fit for the Rams, Houston is much younger. Unfortunately, he will probably cost more because of that. He showed he is still playing at a high level, ranking 5th among all “edge defenders” on Pro Football Focus in pass rush grade.

The Seahawks could use a compliment to Frank Clark, though with the recent report claiming he will not sign the franchise tag until a long term deal is reached, that might take Houston out of their price range. As mentioned earlier, they need to retain sources to sign Wilson next year, so while I expect the Seahawks to be interested in Houston, I don’t see how it will work financially.

San Francisco is already in talks to potentially trade for Houston’s teammate Dee Ford, but if negotiations fall through, I can see them targeting Houston. Securing Houston, or any free agent pass rusher would give them flexibility with the 2nd pick, which could involve a pick swap with the New York Giants for Odell Beckham.

Seahawks, 49ers: The 49ers have been linked to former Seattle safety Earl Thomas this offseason, but I can’t see them wanting to invest in the older retread version of the “Legion of Boom.” When Green Bay traded Clinton-Dix to Washington, it raised a lot of eyebrows. HaHa was still young and extremely productive. The 49ers need safety help, and Dix could be an anchor on the defense for years to come.

Speaking of Earl Thomas and Seattle, they too are in the market for a safety. Their cap situation isn’t ideal, but with how deep the market is at safety this offseason, one of these free agents is bound to slip through the cracks. It might not be Clinton-Dix, but I would expect Seattle to remain interested as long as their finances allow them to.