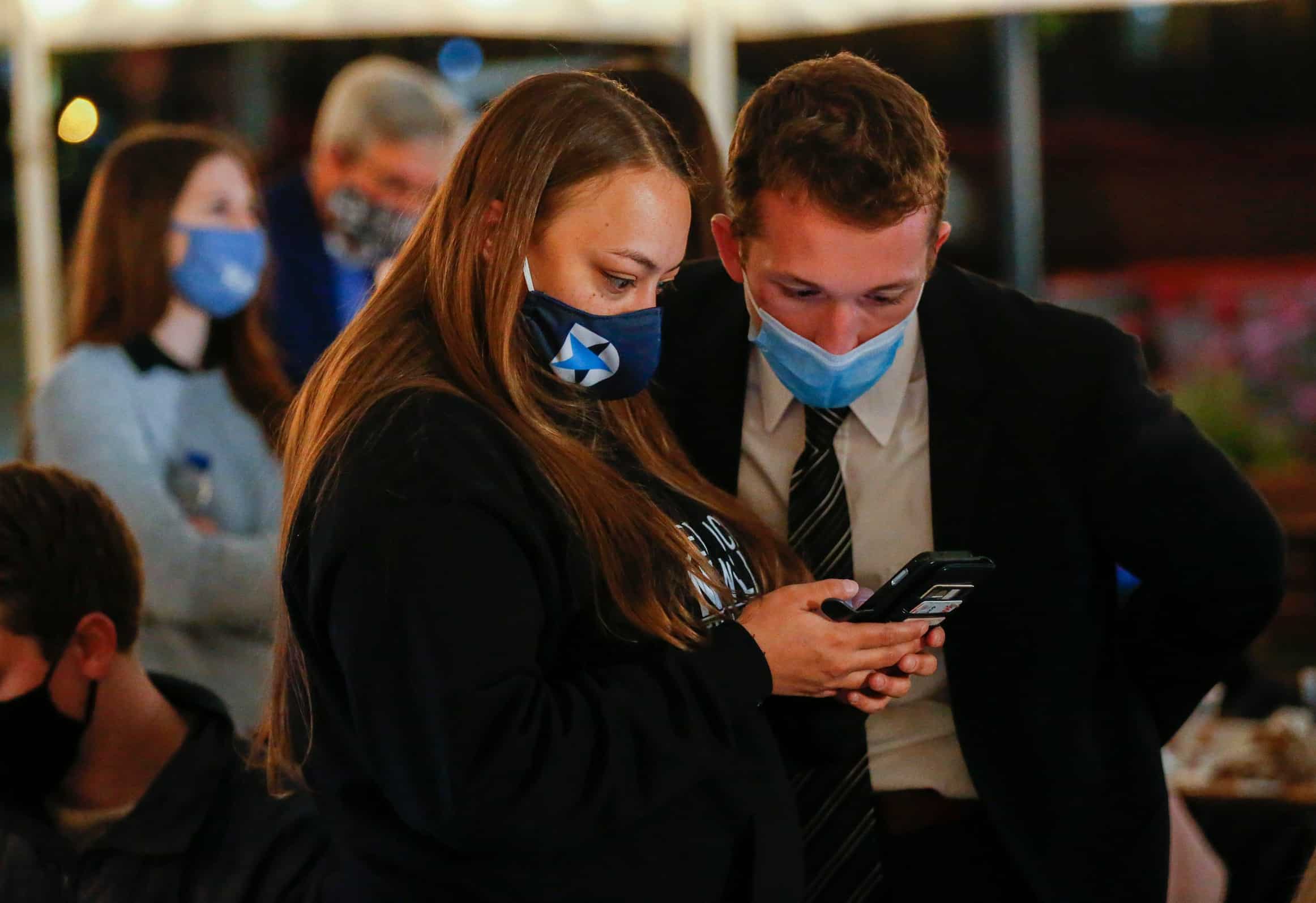 Rachel Howard and Sam Smith look at election results at the Greene County Democrat's watch party at Mother's Brewing Company to await election results on Tuesday, Nov. 3, 2020. Demswatch2
What's in this article? Click to show
What time does the NFL Draft start tonight?
What channel is the NFL Draft on tonight?
NFL Draft livestream for Day 1
Want more 2021 NFL Draft news beyond start time? Want to do your own mock draft?

The pro days, rumors, rankings, and mock drafts all lead up to the first pick of the 2021 NFL Draft. After thoroughly exhausting seemingly every possibility, the day has finally arrived to see who gets selected in the first round. While there are still many surprises in store, let’s see what time the NFL Draft starts tonight.

What time does the NFL Draft start tonight?

What channel is the NFL Draft on tonight?

Tune in to Pro Football Network’s live 2021 NFL Draft blog hosted by Chief Draft Analyst and NFL Insider Tony Pauline. Furthermore, he will be giving live feedback and draft grades as the first round treks along. Keep your information straight with PFN, as draft rumors fly left and right from every nook and cranny.

Could a sixth quarterback be selected in the first round of the NFL Draft? Stanford QB Davis Mills has skyrocketed up draft boards. Indeed, Pauline is hearing buzz the New England Patriots could select the Cardinal signal-caller in the first round. This selection would likely involve a trade back from No. 15 or up from the second round.

In other news across the league, NFL Network Insider Ian Rapoport tweeted that the Atlanta Falcons have received calls regarding WR Julio Jones’ availability. While Atlanta would not trade Jones until after June 1, what does this mean for the Falcons’ future? Matt Ryan is locked into the 2021 season, and a separation in 2022 will still be a bit costly for Atlanta. Franchises do not get the opportunity to draft from fourth overall all too often, especially given Ryan’s ability.

If Atlanta has decided to part ways with Jones, grabbing a QB now could circumvent a longer rebuild. However, if the Falcons are committed to Jones, utilizing the fourth overall pick for an offensive weapon seems paramount. Check out PFN’s Dalton Miller’s breakdown of the news.

The smoke will continue to plume until the picks are sent in, so what time can you expect the NFL Draft rumors to end? When the 2021 NFL Draft starts at 8 PM ET.

Want more 2021 NFL Draft news beyond start time? Want to do your own mock draft?