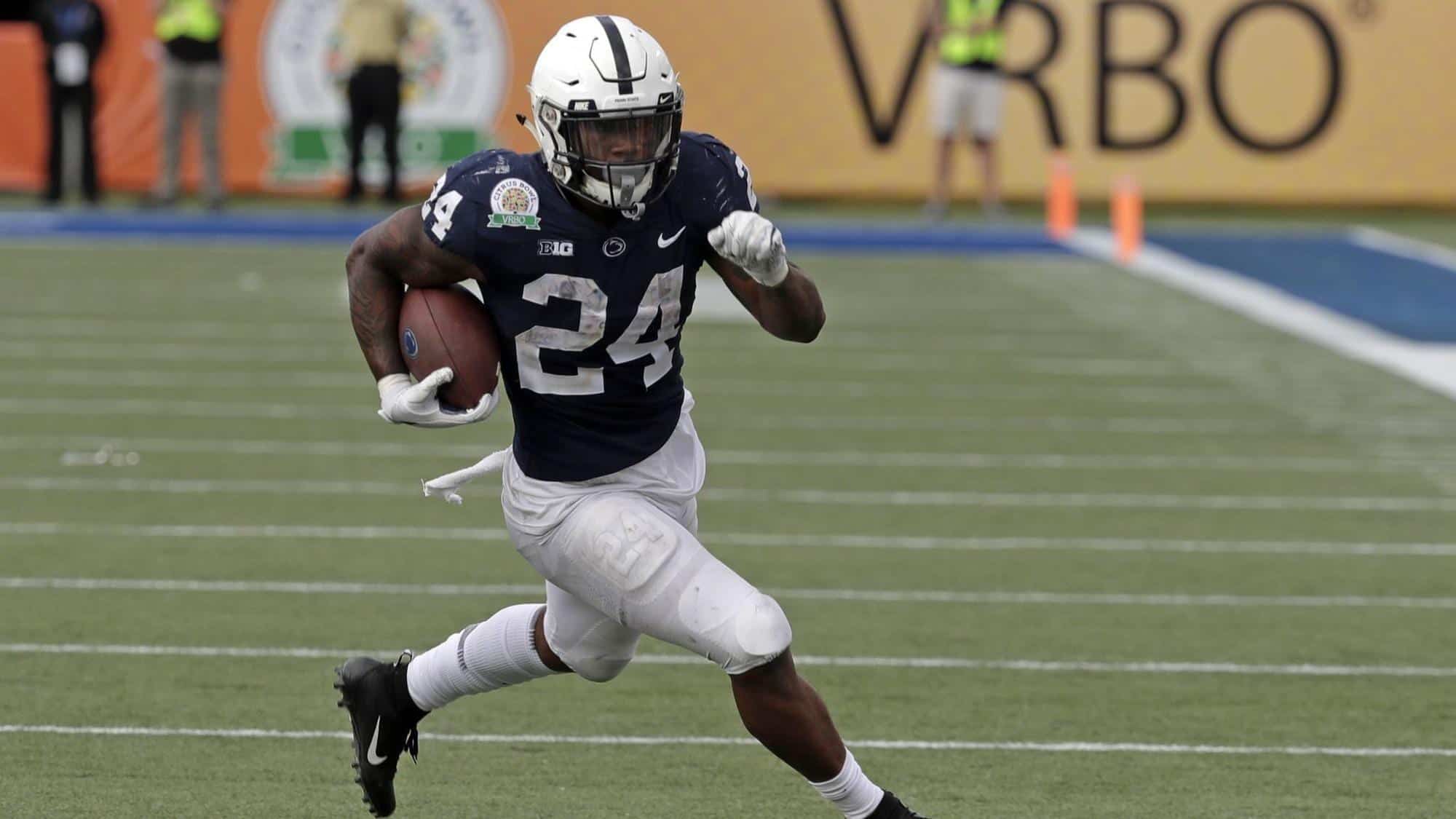 The first full week of the 2019 NFL Preseason is upon us, so we’re going to take a look at one rookie to watch for each team in the NFC East.

Rookies to watch during preseason in NFC East

With Ezekiel Elliott continuing his holdout from the defending NFC East champions and having no end in sight, the opportunity has presented itself for the other running backs on the Cowboys’ roster to make a name for themselves and earn regular-season snaps. Darius Jackson is listed as the “starting” running back on the Cowboys’ unofficial depth chart. But, the running back many will have their eyes on during the preseason is fourth-round rookie Tony Pollard.

Pollard has quickly been making waves during training camp. He was also referred to as “one of the most exciting players, to me, of this training camp” by none other than quarterback Dak Prescott. That’s very high praise for a player that has yet to take an NFL snap. But this is a player that averaged nearly seven yards per carry and caught over 100 passes in his last three seasons at Memphis while splitting time with Darrell Henderson, selected by the Los Angeles Rams in the third round.

One of the most scrutinized draft picks in recent memory gets his first chance to prove his doubters wrong.

Fans and media members alike were all in a state of shock when the Giants handed in the card with Jones’ name on it with the sixth overall pick in the 2019 NFL Draft. The team and general manager Dave Gettleman have spent the entire offseason defending the pick. Now is where the team hopes the pick starts to pay dividends. Oscar Lora is among those that already believe this is happening for the Giants with Jones.

Don’t expect Jones to light the world on fire during the preseason and don’t expect him to make a case to overtake Eli Manning this season. Jones is going to go through a lot of growing pains early in his career. But make no mistake about it, Jones is being groomed as the future of the franchise as if that wasn’t obvious enough. Jones’ first preseason will be an excellent opportunity to see live NFL game action, even if he’ll mostly face second- and third-stringers.

Jeff McLane of The Philadelphia Inquirer also praised Sanders, recently ranking him No. 1 on his top “trending up” players at Eagles’ training camp. But like NJ.com, McLane also notes there are questions with Sanders’ receiving, blocking and ball security.

Getting these preseason snaps to work on his skillset in the passing game, so keep an eye on how often he is used in passing situations in the backfield throughout the preseason. Jordan Howard has been receiving a lot of praise in that department, so he will not go away quietly. But Sanders is quickly closing in on become a full-time, three-down running back. But that starts with protecting the football and Carson Wentz.

While Dwayne Haskins is fully expected to eventually take over the reins of the franchise, he is currently third on the unofficial depth chart for the Redskins. He has built some buzz but is still far from a guarantee to start Week 1 against the Eagles. But there is another former Ohio State Buckeye that continues to turn heads.

Terry McLaurin had himself a fine career at Ohio State, including a 2018 season in which he averaged 20 yards per catch and scored 11 touchdowns. That momentum carried over to the Senior Bowl where he impressed many people throughout the league and in draft media circles in practices and during the game, catching four passes for 53 yards.

Ever since the Redskins selected Haskins’ college teammate in the third round, he has continued to shine bright. The Washington Post’s Kareem Copeland called McLaurin and “intellectual player” and said he “has been showered with praise from coaches and teammates, and he has consistently made plays in camp.” McLaurin is learning all three wide receiver positions. McLaurin is currently slotted as a second-team wide receiver, but you get the feeling he’ll strongly push any of Josh Doctson, Paul Richardson or Trey Quinn for a starting role.